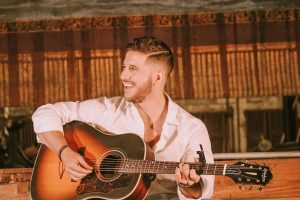 Carson Beyer to perform at Yancey’s on Friday night. He has caught the attention of Nashville and will be bringing his talent from 8:00 – 11:00 PM on November 22.

He calls Paducah his home, but he’s been catching the eyes of Nashville, the home of country music as well many others across the country with his unique sound.

Carson Beyer will be bringing his vast vocal range with an eclectic mix of traditional country and southern rock with some gospel background and harmonies to Yancey’s Gastropub & Brewery on Friday, November 22.

Growing up, music and football were a large part of his life. Despite having scholarships to play football at smaller division 2 schools, Beyer would walk-on at Murray State University and his hard determination would earn him another scholarship at MSU.

Beyer said he doesn’t come from a family of musicians and his voice is a natural gift.

Surprisingly, the 27-year-old said he actually couldn’t play guitar three years ago and this was a large challenge he is proud to have overcome.

“I could sing, I could find keys and harmonies,” Beyer said, “I felt very strong and confident in my voice, but I just couldn’t play the guitar.”

It was important for Beyer to learn to play the string instrument because with his goals of making it in Nashville, he needed to learn guitar.

“A lot of people grow up playing guitar as a kid and they eventually figure out if they can or cannot sing along the way,” Beyer said, “But I had to learn guitar pretty much overnight.”

When asked what is the most exciting about his musical journey, Beyer said it is the not knowing of what comes next.

“It is the most exciting, but it is also the scariest part.”

“You’re constantly writing, creating music, trying to play shows in front of different places, different crowds, different types of people,” he added, “And ultimately, trying to see which songs people will cling to or tune out when playing original music.”

In his first writing session, his debut single “Bones” came to life, a song dedicated to his late grandfather. He has crafted songs with Casey Beathard, which has also worked with stars like Eric Church, George Strait, and Kenny Chesney.

In 2017, his music caught the attention of Hard 8 Working Group Management in Nashville, also the same group who caught on to big stars like Brantley Gilbert and Morgan Wallen.

Beyer said he has visited Yancey’s a few times earlier this year and is excited to bring his music on Friday. He will be playing with his other guitar player for an acoustic gig from 8:00-11:00 PM.

To get a preview of his sound, stream his music online from places like Pandora, Spotify, Apple Music, YouTube, or search for him Carson Beyer on Facebook and Twitter. His music can be found pretty much anywhere online.

Beyer said it was essential to carve out a sound that he could call his own and the result of that are songs with an “unbridled charge” and “aim for the heart.”

His “Walk On” EP has since accumulated over 20 million streams this year alone.

Yancey’s owner, Jeff Jobe said, “We have now been offering live music every weekend for over a year and have become a local favorite venue for Nashville talent.” Jobe said he’s confident that the level of performers coming through will indeed have a superstar one of these days.

That superstar could very well be Carson Beyer!

Yancey’s has grown in the last year and has received state approval to expand its brewery footprint into the lot next door. Jobe said in the spring and fall, Yancey’s will be promoting outside concerts and brew festivals in the amphitheater.

If everything goes well, Yancey’s is excited to hopefully be able to offer full stage productions in the next few weeks at the Yancey Square Stage, which is located inside the old church building behind the Veterans Memorial Wall and Beulah Nunn Park in the square.

Yancey’s Manager Janice Hutchinson is a long-time resident of Barren County but grew up in Edmonson County. Hutchinson said she is beyond proud that Yancey’s has become such a regional attraction and has a nice mix of local talent.

Beyer said his next steps in life include being a father and husband someday, but for the short-term, he wants to build up his name musically and around Nashville.

“I hope to be able to tour the country, or if the Lord blesses me, tour the world and see places I’ve never seen and go places I’ve never been,” Beyer said, “You don’t really embark on this journey for money or fame because it takes such a long time to get any one of those, much less both; you got to set your sights elsewhere and let God open doors where he needs to.” 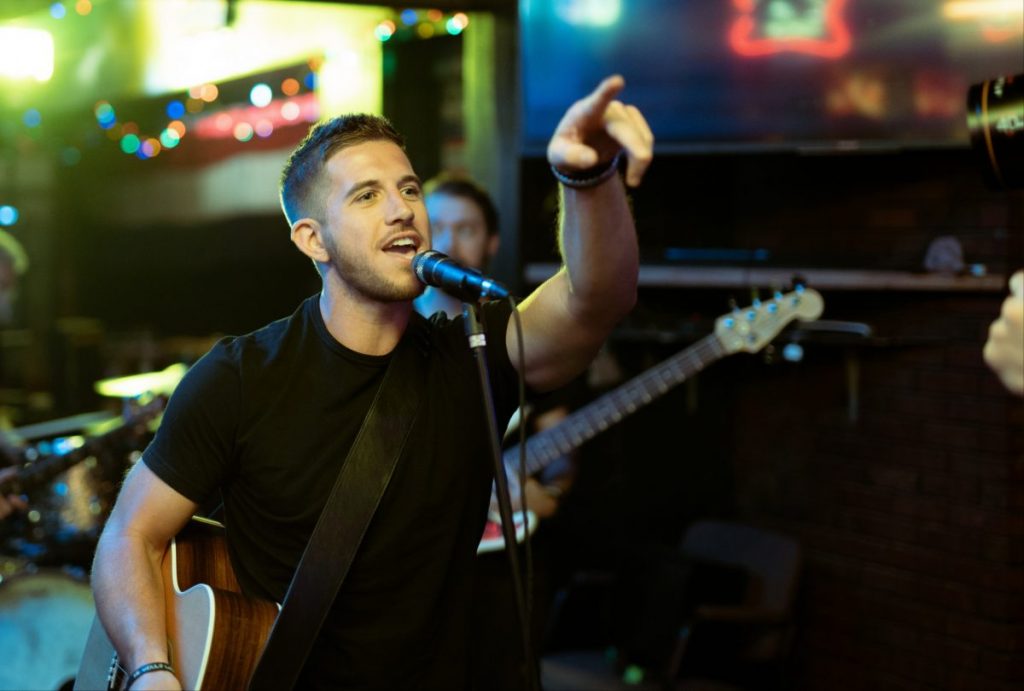 Paducah native Carson Beyer is slated to play at Yancey’s Friday night and will be bringing his eclectic acoustic mix for patrons. His sound is truly unique.