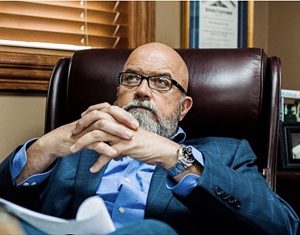 Few among us like paying taxes and in my experience, the only individuals who seem to not speak out against them are those who benefit from higher taxes.  Before I elaborate more, let me first concede to the fact that we all benefit from roads, public education, and the life enhancing qualities Americans enjoy because of our combined tax dollars.

Yet, it frustrates me personally to see our rates higher for anything or near the highest compared to other states.  I have lived in New York, West Virginia, Florida and Ohio as a young newspaper employee building a career and know first-hand that our cost of living is far less than all the above, and this should equate to the costs associated for doing business and government as well.  Generally speaking, of course, naturally each state will have its own assets and liabilities.

I probably wouldn’t mind higher rates for utilities and higher taxes if I was fortunate enough to be drawing a full retirement for having worked in my chosen industry with 20 years of service.  Heck, if I had taken this job right out of college with quasi-government or union type management, I could already be into my second decade of drawing benefits and looking at another 20 years to come.  Most of us realize retirement systems are not set up to sustain working 20 and drawing 40. These examples are abuses of power and a complete disrespect of the industry or tax payers of public agencies.

Among the worst abusers of our trust at the federal level is the management of the Tennessee Valley Authority (TVA).  At no point should our tax dollars be used to make millionaires, but this is exactly what is happening in this industry.

According to an article published by the Knoxville News Sentinel on November 15, 2018, their top executive Bill Johnson will be eligible to take home a retirement package detailed to be $12.8 million.  Other TVA management-made millionaires referenced include John Thomas, chief financial officer, with a salary of $2.5 million; Joe Grimes, executive vice-president for generation, retired with a compensation of $2.9 million; Mike Skaggs, chief operating officer, with a $2.3 million total; and Sherry Quirk, general counsel, with a $2 million compensation.

The filing of salaries gives median compensation for TVA employees as $129,786, and putting Johnson at 63 times median employees’ pay.

I write this today because the need for strong ethical government management has been the driving force for earning my vote for 30 years.  It is second only to my personal view of being pro-life.  I don’t hide from this and I have no desire to spin it; these views command much of my attention at all levels.

Removing the fact that whether a city council member, school board candidate or local mayor is pro-life or not doesn’t concern me because this issue has not one single thing to do with the jobs they hold, so I watch and listen for clues that indicate views on spending tax dollars.

It’s my belief that without strong industry nothing can be accomplished in our country and good business climates trickle down to states, and then into county and city governments.

I know families who lost those jobs.  I grew up in a region of our state that was close in proximity to the coal region, so forcing this closure as they did hurt Kentucky more than anyone else.  The same people taking these excessive out of control salaries were permitted to close this plant rather than held responsible for assuring faculty maintenance up to the standards needed to stay in business.

My endorsement today is for Governor Matt Bevin because he, like no other Kentucky governor in my lifetime, has endorsed and worked for policy that would grow our business climate and it is working.

Kentucky is decades behind because of individuals who possess interests that give little concern for strong industry, but instead work against management at every turn.  Kentucky policy was so behind that industry was not coming to Kentucky and had been leaving for decades.

I would further like to endorse Daniel Cameron for Attorney General.  My thoughts here are that we lived through decades of his opponent Greg Stumbo standing against and stopping the pro-business legislation that our current legislative body approved and signed into law by Governor Bevin.

In all my years, I have never witnessed a Kentucky Governor be more pro-life than Matt Bevin, nor have I witnessed more deception and spin in an effort to stop this legislation in support of abortion clinics than his opponent Andy Beshear.

So, the choice is clear to me in regards to these specific causes that I feel very strongly; yet, let me assure you that if any demographic or law abiding citizen had been hurt by either of these men they would not get my vote. I’m happy that the boxes politics try to put us in because of voter registration does not fit us Kentuckians.

I love all people and know in my heart that without a strong thriving economy, we can do little to promote and witness love through programs and benefits. Our government helped me get a hand up when I was a boy, and I want to do all I can to extend the same courtesy to others.

I’m encouraging my friends and loyal readers to re-elect Governor Matt Bevin and stand with me and prove Kentucky is not at all the racist idiots our out-of-state owned newspapers like to sell.  We can do this by electing our very first man of color, Daniel Cameron, as Attorney General.

I honestly believe this vote can do so much to change not only the quantifiable future but the overall perceived trajectory of Kentucky.