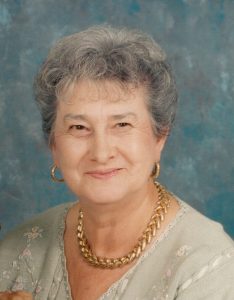 KNOB LICK – Helen Laverne Byrd, age 82, Lick passed away Tuesday, October 29, 2019, at her home. She was the daughter of the late Henry Wilburn and Dora Elizabeth Jessie Poynter. She was a homemaker, retired from Metcalfe County Nursing home, and a member of the Antioch Baptist Church. She was the wife of the late Sam Byrd.

Besides her parents and husband, she was preceded in death by four brothers and four sisters: Cecil, Bud, Henry Pascal, and Shorty Poynter, Mattie Houchens, Moss Piper, Elnora Piper, and Louise Poynter.

Funeral services will be held at 1:00 p.m. Friday, November 1, 2019, at the Antioch Baptist Church with burial in the Hiseville Cemetery. Visitation will be from 4:00 p.m. until 8:00 p.m. Thursday at Butler Funeral Home in Edmonton and after 9:00 a.m. Friday at the church until service time.