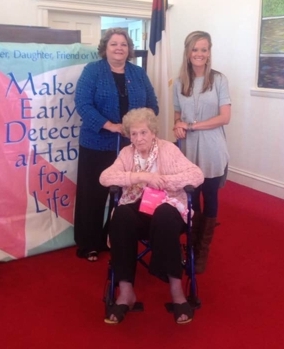 It was the fall of 1989, and 58-year-old Mae Van Petett had just retired from the Monroe County School System, after teaching Home Economics for 33 years.

“She taught Monroe County kids about cooking, sewing, childcare, and just how to take care of a home. She loved teaching but was ready for some time for herself,” said Petett’s daughter, Cecilia Peter Stephens.

“Mae Van was always faithful about yearly physical checks up. She lost a dear friend, Inell Combs Carter to cancer. Inell was only in her 50s, and instilled in mom to always follow through with yearly check-ps.”

After one of those routine, monthly self-breast checks, Mae Van discovered a small lump. She went to her Doctor, Dr. Tony Carter who referred her to a specialist in Louisville.

After a mammogram and biopsy, the Louisville specialist thought the best treatment plan would be a mastectomy. Any other treatments would be decided after the surgery.

The surgery went well and it was decided no treatment was needed.

This was an emotional time for daughters, Cecilia and Shelia.

“Mom had just retired and had two new grandchildren,” said her other daughter, Shelia Bryant.

“We were so worried about her we lost our father in 1986 due to a heart attack. Mom Mae Van was the strong one. She told us not to worry, everything was going to be ok and it was.”

We were emotional when we found out she had cancer,” Stephens added.

“She was so positive about all of it.”

Mae Van has been cancer-free for 30 years. She has enjoyed her retirement, watching her grandchildren grow up, traveling, sewing and quilting lots of handmade quilts.

Mae Van went to Europe with a travel group. She also traveled to New York and Washington DC.

“Our yearly family vacation spot was Daytona Beach, Florida. She went to Daytona almost every summer in July,” Stephens said.

The family takes her example very seriously; both of her daughters have yearly check-ups.

Mae Van would tell you early detection is key to survival from breast cancer or any cancer. 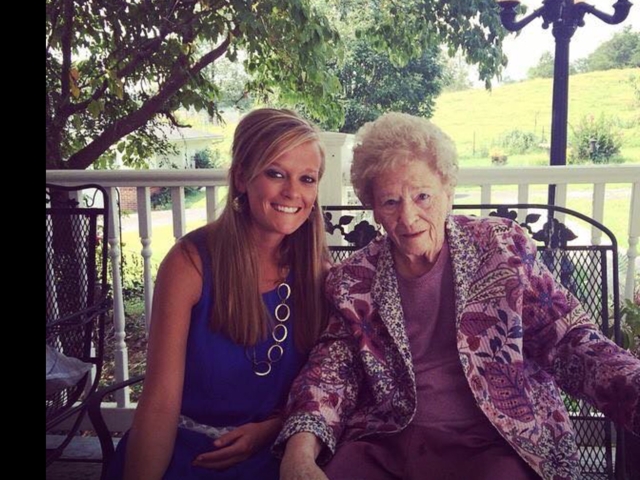 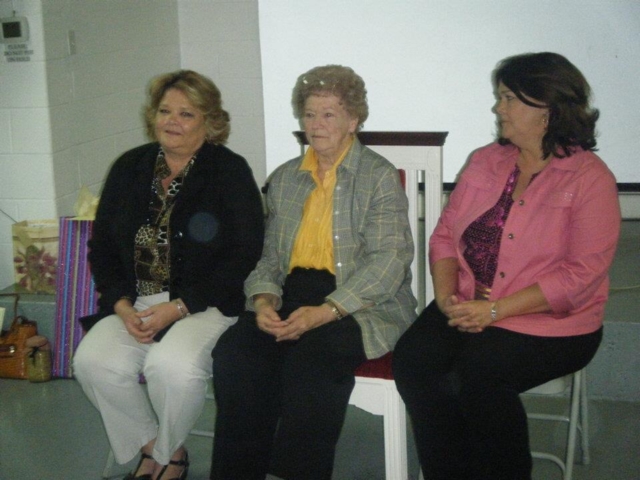 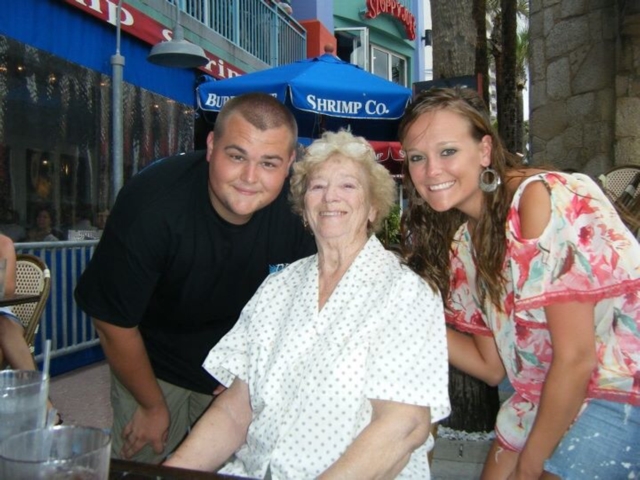