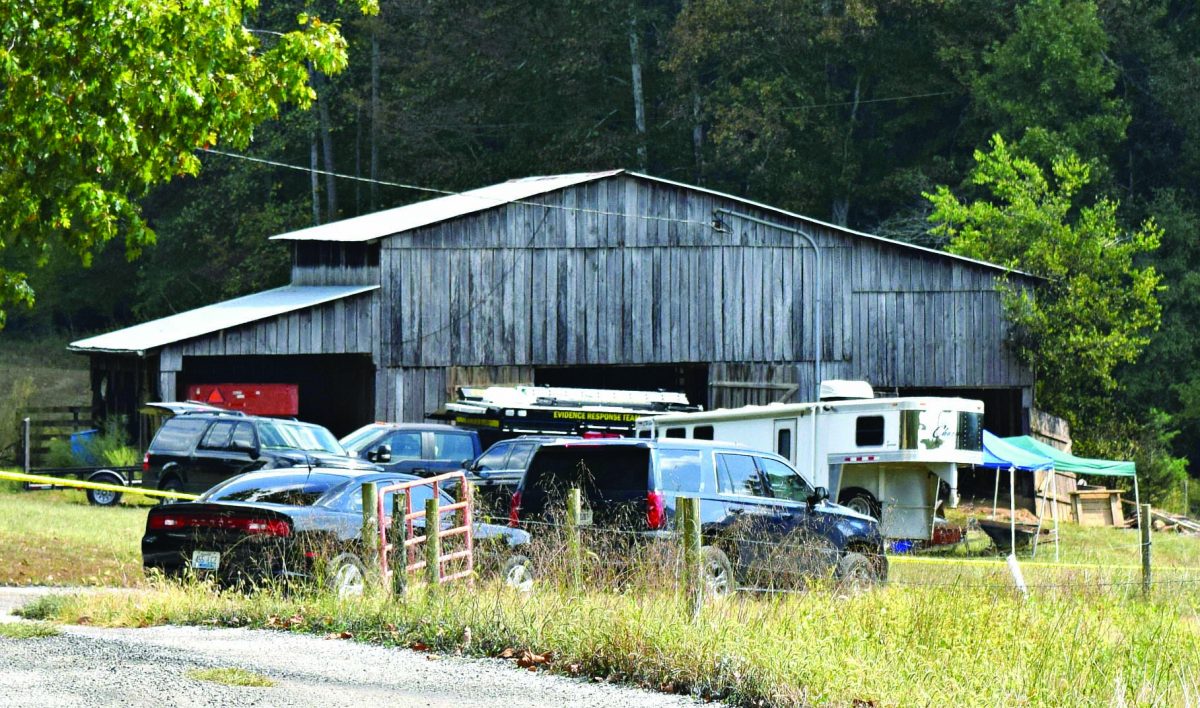 Calvin Smith has been named a person of interest in the investigation into the disappearance of Peggy Sue Ashley on July 29, 2000 in Scottsville. A search warrant was executed on Smith’s property.

On the morning of October 1, the Scottsville Police Department along with the FBI executed a search warrant on the property of Calvin Smith. Smith resides at 220 Lester Gardner Road, Munfordville. The search warrant, which was signed by a Circuit Court Judge, was for the barn on Smith’s property.

The search warrant is part of an investigation into the disappearance of Peggy Sue Ashley who was last seen getting into Smith’s truck at A.O. Smith Factory in Scottsville at approximately 2 a.m. on July 29, 2000. Probable cause led the investigators to obtain a search warrant.

“Through the investigation, it led us to a search warrant here at 220 Lester Gardner Road, which is the property of Calvin Smith,” said Darren Tabor, Assistant Chief with the Scottsville Police Department. “It was a little over 19-years-ago… She (Ashley) has not been seen since getting into his (Smith’s) truck with video surveillance at A.O. Smith.”

According to Asst. Chief Tabor, Smith was spoken with on Tuesday morning and was at work while investigators searched his property. No further information was available at press time.