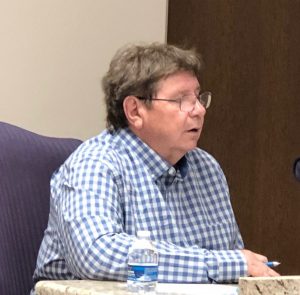 The September 24th meeting of the Metcalfe County Fiscal Court was somewhat uneventful as the co-owner of AgRenew, Matt Gibson was unable to attend due to a previous engagement in Ohio.

Gibson did, however, meet the prior week with some of the residents being affected by the smells coming from the rendering facility. Magistrate Ronnie Miller accompanied Gibson on those visits and communicated that a substantial amount of money has been used to improve things at the facility such as upgrading to commercial plumbing. Miller advised that, “He [Gibson] assured those residents that he wanted to be a good neighbor. I think they will [improve], it’s a matter of money. It’ll take time. So we’ve gotta go from there.”

Judge/Executive Harold Stilts commented, “As long as we know there’s progress. That’s good just as long as he can give us a progress report. Maybe they’ll get that resolved for people down in that neighborhood.”

Local citizen Gary Phillips was in attendance to ask for assistance in saving the Hiram Bell Bridge on Mosby Ridge Road from demolition and replacement by the Kentucky Department of Transportation.

Phillips stated that he had talked with Joe Plunk of the DOT who advised that to replace the bridge would cost around $800,000 and to repair it would cost around $1.6 million. Philips was told the need to replace the bridge stemmed from it not being able to carry the weight of a school bus or a loaded 1,000-gallon firetruck. The bridge’s weight limit has recently been lowered to 3 tons.

Phillips then explained that there are no school-age children on the road and there is another route that can be taken by the fire trucks. He also noted that the largest firetruck in the Metcalfe Fire Department holds only about 400 gallons.

“I just hate to see the old bridge go. It’s been there for 60 years. A lot of people come in from all over the United States just to look at the bridge.” Adding that it is the only one like it still being used anywhere near this area. 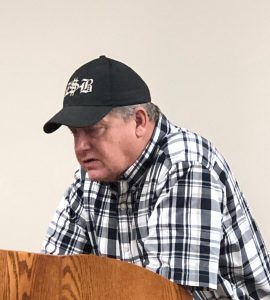 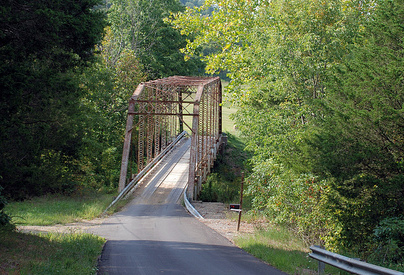 The Hiram Bell Bridge on the Mosby Ridge Road. Photo by Kenny Browning.