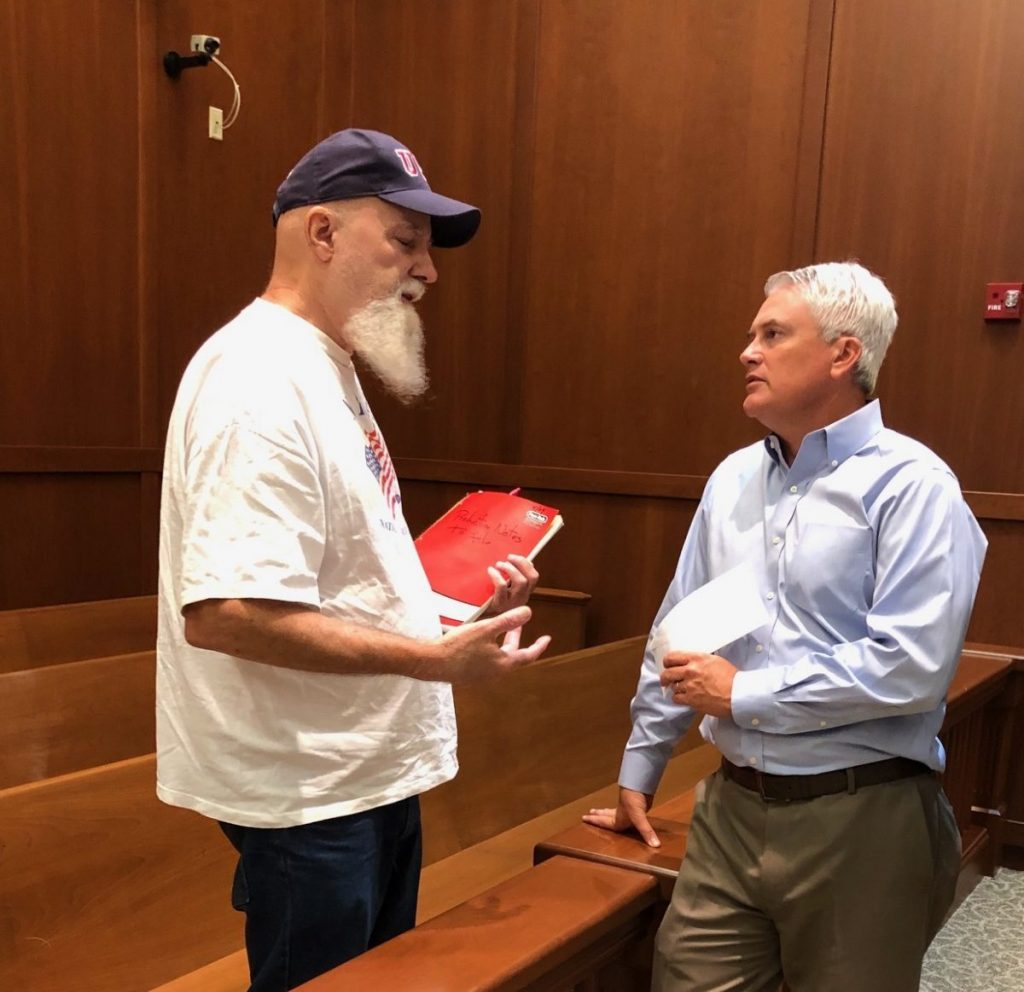 Congressman James Comer held a town hall meeting in Metcalfe County on September 3rd at the Metcalfe County Judicial Center. “What I do at the town halls is give a brief update on what’s going on in Washington and then turn it over for questions.”

The Congressman stated that he has been spending his August recess stopping by the 35 counties in his district.

Accompanying the Congressman were Case Work Director Luke King and District Director Sandy Simpson. Both were on hand to answer public questions and assist with any government benefit issues.

In light of mass shootings that have occurred recently, Comer noted that gun control will be a major topic when he returns to Washington. “ I don’t know if these more liberal members from the big cities really think that passing more laws is going to prevent gun violence or not, but that’s what they’re going to try to push. Unfortunately, that’s going to take center stage for probably the next two weeks and hopefully, we can get back to the issues that people talk to me about.”

He pointed out that a lot of the drug task force officers and police officer say that a big part of the drugs coming into this area actually do come from Mexico. “I don’t know that there is any system that can 100 percent secure the border. We cannot afford as a nation to have more and more people come in and utilize the services that the taxpayers provide them in Medicaid, the judicial system, and public education without having people that are identifiable traceable citizens that are paying taxes and abiding by the law.”

Next, Comer talked about the trade wars. He noted that a lot of auto parts manufacturing facilities are in the 1st district and they have been negatively affected by the tariffs and the trade war with China. He explained that he looks at the situation as, “We are experiencing short term pain in order to try to get long term gain.”

Previously rural communities had factories, but with the passing of the North American Free Trade Agreement (NAFTA) that changed. It benefited agriculture exportation but rural manufacturing suffered because it became cheaper to produce products in China than it did in rural America.

Comer quoted famous investor Warren Buffett who said, “You have to produce things in your country. You can’t outsource everything.”

“I support what the President is doing with China because we cannot continue to surrender manufacturing jobs or there will be no rural American left.” He went on to say that he believes in the next year and a half we will have an agreement with China just like we have a new free and level agreement with Mexico and Canada (USMCA). That should result in more, better paying jobs in rural America.

The Congressman was asked about the current status of USMCA [the updated NAFTA deal] to which Congressman Comer replied that the US, Mexico, and Canada have all signed up but it has not been ratified by Congress yet. The current NAFTA expires near the end of October and the USMCA needs to be ratified by then and include e-commerce, currency manipulation, patent infringement, and child labor laws.

Another question received was about hemp production in Kentucky to which he replied, “It’s a big deal in Kentucky,” adding that every 10 or 12 days there is a new hemp processing facility opened. “A lot of things you make from plastic, we can make from hemp.”

Currently, most of the hemp production in Kentucky is used for CBD oil, which is not regulated, but the FDA is about to begin regulating it. He and Senator McConnell have met with FDA representative several times already and the drug companies are pushing for strict regulations on their competitors.

Other uses for hemp fiber are emerging such as Hempwood in Murray, Kentucky which makes hemp wood used for flooring. You can view the WPSD TV video on the James Comer Facebook page. Another company in Louisville is working with Toyota to make dashboard and door panel parts out of hemp fiber for the Camry.

“There has probably been, just in our Congressional District, 180 or 90 million dollars invested this year in hemp processing facilities.”

A gentleman asked for Congressman Comer’s take on health care to which he replied, “I’m disgusted that we can’t do anything or get any consensus to fix health care. Everybody’s got horror health care stories. If you put more people on Medicare it’s going to hurt the people that are on Medicare.”

He explained that any health care provider you go to in this area has 75% of their business in Medicare/Medicaid, and 25 % is private pay and private health insurance. They lose a lot of money on Medicaid because the pay to the providers is being cut. Not as much is lost on Medicare, but they still lose money. Anyone with health insurance is charged the break-even cost of the facility plus a percent to make up for what they have lost on Medicaid and Medicare.

“The health care system is not fair to people that are having to pay for health insurance.”

Comer noted two things that most people would agree on. Number one certain drug prices are ridiculously too expensive. He used insulin as an example and explained that the hope is to identify the most common drugs needed and find a way to control the price to prevent bankrupting the people who need them. The number two thing is transparency of medical billing. Allowing comparison shopping for doctors and medical providers and receiving one bill instead of multiple. Noting that these solutions would be better than a government-run health care system.

“I sincerely want to see health care prices become more manageable for people because the people who are doing everything right are the ones that are taking it on the chin with health care. I think if you put it all in the charge of government it would get even worse.” 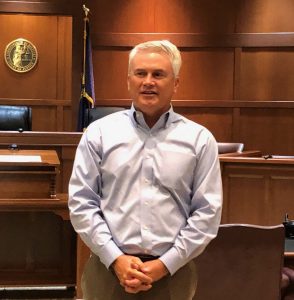 Congressman Comer began by saying how much he enjoys town hall meetings in Metcalfe County.