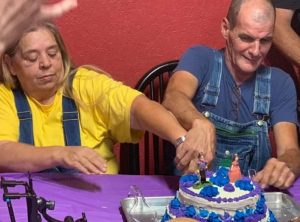 Kathleen and David cutting the cake.

When David and Kathleen Sigurbjartsson first met they were just kids living in Florida.

Kathleen was 4 and David was 6.

“Our Mother’s were friends. We would hang out and do fun things like build chopper bikes in the yard,” she said.

However, the fun frolicking of childhood was not without its troubles.

“I was born in New York and we moved back and forth between Florida and New York so many times I have lost count of the moves. I never got to be at the same school for two whole years,” Kathleen said.

With such a turbulent beginning one might think that the two would never cross paths again, but it wasn’t so.

When Kathleen was 14 she went to Florida for the summer and found David again.

“We spent every waking moment together,” she said.

It was then, when they were both just teenagers, that David first asked Kathleen to marry him.

David’s heart was true, but their ages considered Kathleen thought it a most silly proposal.

“I was too young to play house for real and he was just 16. I knew we’d never make it,” she said. “It broke his heart. Summer was over and it was time for me to go back to New York. I went back wishing I had been old enough to say ‘yes’.”

The years that followed were very turbulent for Kathleen.

During her late teens, personal tragedy led her to what she calls “being wild”. Her family moved from New York to North Carolina.

“My self-esteem was low,” she said.

“I thought he’d be good to me but he turned out to be very abusive,” she said.

The marriage was very short-lived.

At the age of 18, she had two young daughters, Shawna and Sunshine and had made contact once again with David.

“He asked me to marry him again, and I said no again,” she said, citing fear as her reason.

They did, however, strike up a relationship.

Still both very young, and Kathleen recovering from years of abusive behaviors in her life, they had meaningless spats that resulted in them going their separate ways again.

This time Kathleen went to Texas to live.

Over the next few decades, the two lead their own lives but often thought of one another and wondered if they’d ever meet again.

David married another and became a long haul truck driver. Kathleen also married a man named Jimmy, who she spent 35 years of her life with.

In hindsight, Kathleen says it was a far from perfect union, and she would have changed a lot but she deeply wanted her children (4 biological and several stepchildren) to have a father and the stability she did not have in her own childhood.

“Jimmy died in 2013,” Kathleen said. “All those years I thought of David. I wondered where he was, if he’d found a good woman, if he ever thought about me.”

In 2015, she decided at long last to look for David and asked for her children’s blessing in doing so. They were happy for her to move on with her life.

She found his mother who told her where David was and what he was doing, and suggested that she might send him a note via Facebook.

“When he wrote me back I cried. I didn’t know if he wanted to hear from me or not, when I left I didn’t tell him where I was going or give any explanation,” she said.

“I didn’t know if he’d forgive me or tell me to leave him alone.”

As it turns out, David has always wondered about Kathleen too and had looked for her here, there and yonder when on long haul truck drives around the country.

“We talked every day. Sometimes we’d talk all night. We talked about the past and our lives while we had been apart and soon we talked about the future. It wasn’t long before he surprised me by saying he was going to come see me,” she said.

“When he stepped down out of that freight liner I was in heaven, he looked just like he did the last time I saw him in 1981.”

Last week the pair got married at Pappy’z restaurant in Edmonton.

This time Kathleen didn’t have a chance to say no, because she popped the question.

“I really love Pappy’z, it has such a friendly family feel to it. They are so nice and know everybody by name,” Kathleen said. She asked if they ever held weddings there.

Proprietress Tonya Turner has never held a wedding but was intrigued and happy to be a part of the couple’s long, unique love story.

“It was a surprise and an honor to be asked to have it here,” said Turner.

Turner was so honored, in fact, that she surprised the couple with a cake, bouquet, and decor to help make the day complete.

“It has been 53 years since we first met. You know the saying that says love is like a butterfly. If you love someone set them free, if they come back it was meant to be. David is my butterfly.” 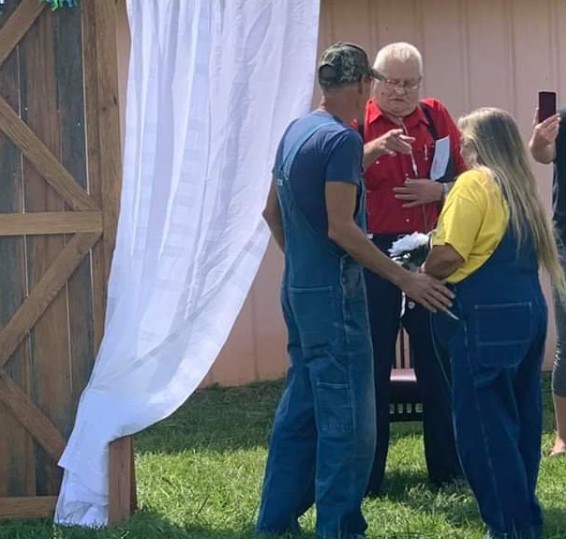 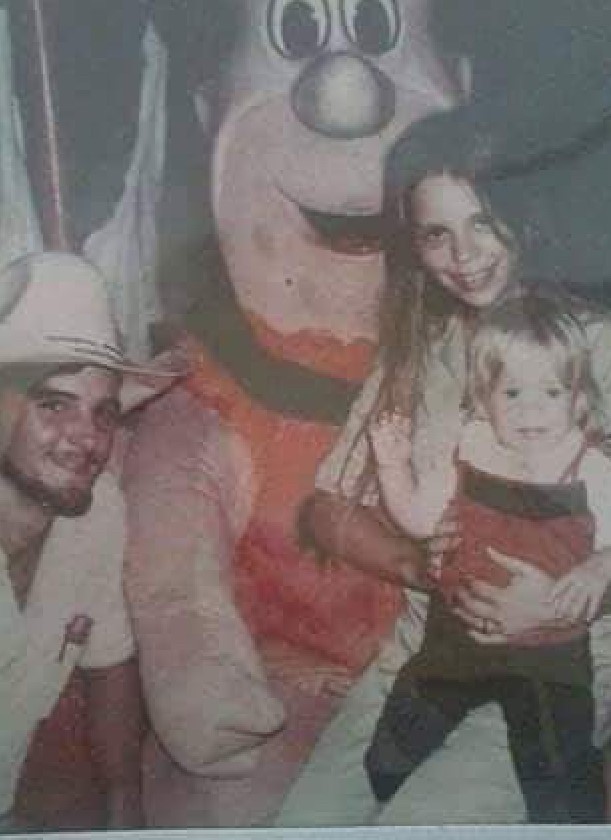