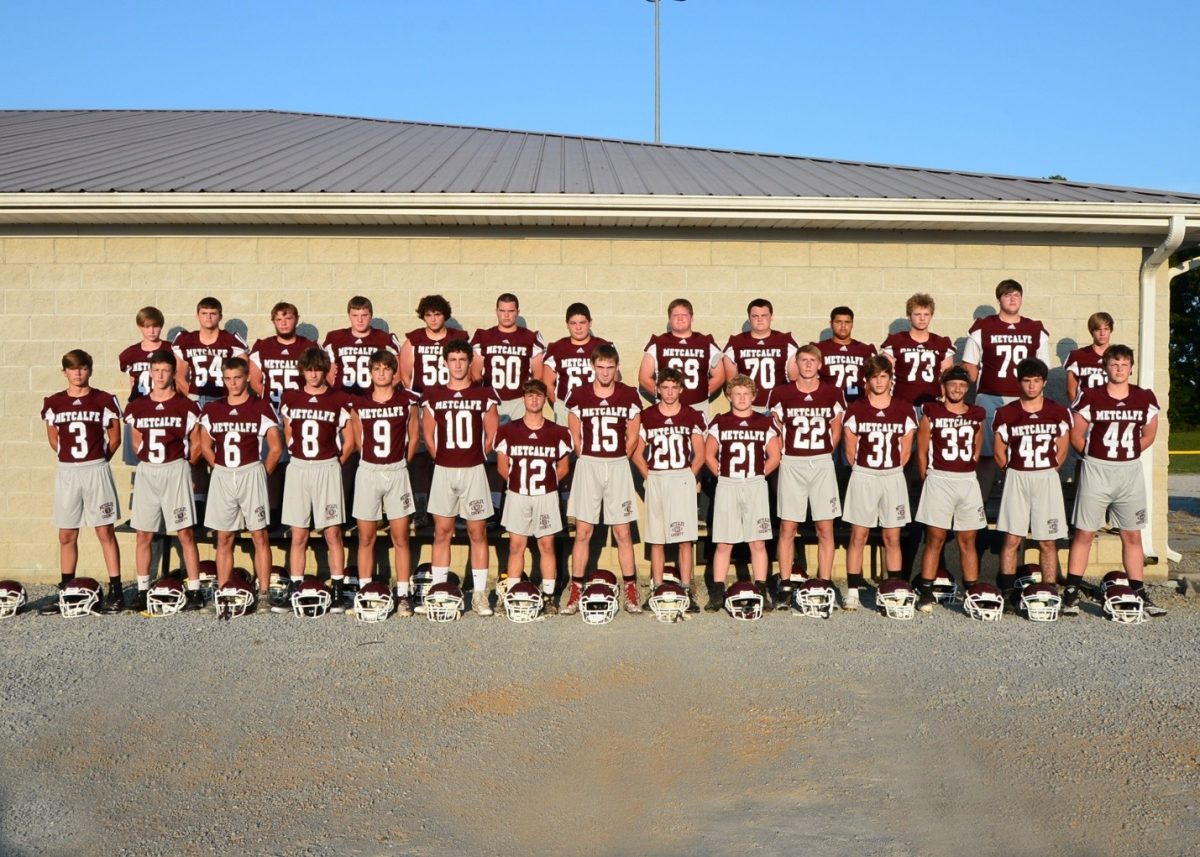 Last season, the Class 2A Metcalfe County Hornets went 2-9 with an 8-7 win over Adair County and a 56-14 thrashing of Caverna. In between, those victories were some close games and some blowouts. Where are the 2019 Hornets at as they prepare to open the season against 6A Barren County?

The season opener against the 6A Barren County Trojans did not go as planned, but Metcalfe will fight schools closer to their size in the coming weeks.

Metcalfe lists 29 players on their KHSAA roster with the season set to begin. There are a lot of returning players, so Metcalfe County has hopes to see improvement on the football and in the win column in 2019.

“I’m excited,” Hornet coach LJ Harbison said. “We return most of our players. We’re still young, but we return like 24 of our 30 players from last year. We’ve got some guys with game experience and we’ve got some guys that grew up on the field last season.”

Harbison says they had a productive summer in the weight room and the players are “hungry.” “Every player worked hard over the summer and gained 10 pounds at least in muscle,” said Harbison. “We are going to need that strength and more.”

“We’ve got a group that knows the offense, knows the defense. We didn’t have to install a lot this year,” the coach said. “We can build off what we have. That’s always a plus, but we’re still going to be young…mainly sophomores and juniors.”

“We’ve had good practices so far and we’ve gotten better each day,” Harbison continued. “We just need to keep building and gain confidence as the season progresses.”

Harbison said junior Gabe Zurmehly will lead the Hornets on defense and offense. “He can play, and he needs to have a good year for us,” he said. “He led us in tackles with 95 last year. He’ll probably break the 100 mark this year if he stays healthy. He’ll be at running back also. He’ll carry the load.”

Like all small schools, one key will be staying away from serious injuries. “You are always going to get banged up,” Harbison said. “But we need to avoid losing any of our players. We are tough but we don’t have a lot of depth but that’s true every year with our numbers.”

Sophomore Peyton Dial will be in his second year at the quarterback position after becoming the fulltime starter near the beginning of the season. As a freshman, Dial went 28 for 57 for 229 yards and a touchdown with two interceptions. As the season progressed, his confidence and ability to control the huddle and manage the game improved. “Hopefully we’ll get him a little bit more comfortable,” Harbison said of Dial. “Last season as he got his reps in and started seeing the field better, his confidence grew and so did the kids’ confidence around him. He’s gotten to know the offense a lot better and it has shown in the preseason.”

“Now, he has to go out and show what he can do in game situations after last year,” Harbison added. “He’ll be tested early. They all will be.”

“He could be more vocal, but right now he’s taking control of the offense,” Harbison said of Dial, one of his team captains. “He knows what read to hit. He knows what route they’re supposed to run, and then if they mess up, he goes and tells them, that’s a big step in the right direction for a young quarterback.”

Harbison said the receivers are responding to that approach. “He (Dial) has done a good job of taking control of the huddle and the offense,” he said. “You have to have that as a leader. It’s hard for a young buck to come in and take leadership, but he’s done it.”

The Hornets lost their linebacking core to graduation last season and the Hornets will need for players to fill those roles for them to have success.

“We’re going to be young at those key spots,” he said. “There’s going to be some guys who played backup last year that will need to play, but they’ve been looking good.”

Harbison said sophomores Luke South and Cole Shive have stepped up on defense.

“Shive can fly but we need to put some more weight on him,” Harbison said. “He’s tough, he’s a bruiser down there.”

“Both of those guys got backup reps and ended up starting a few games for us last season,” Harbison said. “That experience will help them.”

The Hornet coach said his line, on both offense and defense, “are young.” “Like I said before, not a lot of depth,” he continued. “But, man, those guys worked hard, and they worked hard every day…day in and day out, all summer. You like to see that in a group. They could be key for us this season if we are going to run the football and give Peyton (Dial) time to throw it some.”

“We need balance,” Harbison added. “You say that every year, but it is really important this season.”

“We’ve got a group that’s tight-knit,” he said. “They pushed each other and that’s what you got to have.”

Harbison described his players as “tough.”

“We’re going to have to be tough,” he said. “We’re really young, and there’s going to be plays that an older guy is going to make on them. They have to respond out on the field. They’ve got to respond physically to the challenges that’s going to be ahead.”

“We’ve got to be mentally and physically tough, and hopefully we grow up quick,” concluded Harbison. “We have a new line-up in our district, and it will be a challenge, but we look forward to it.” 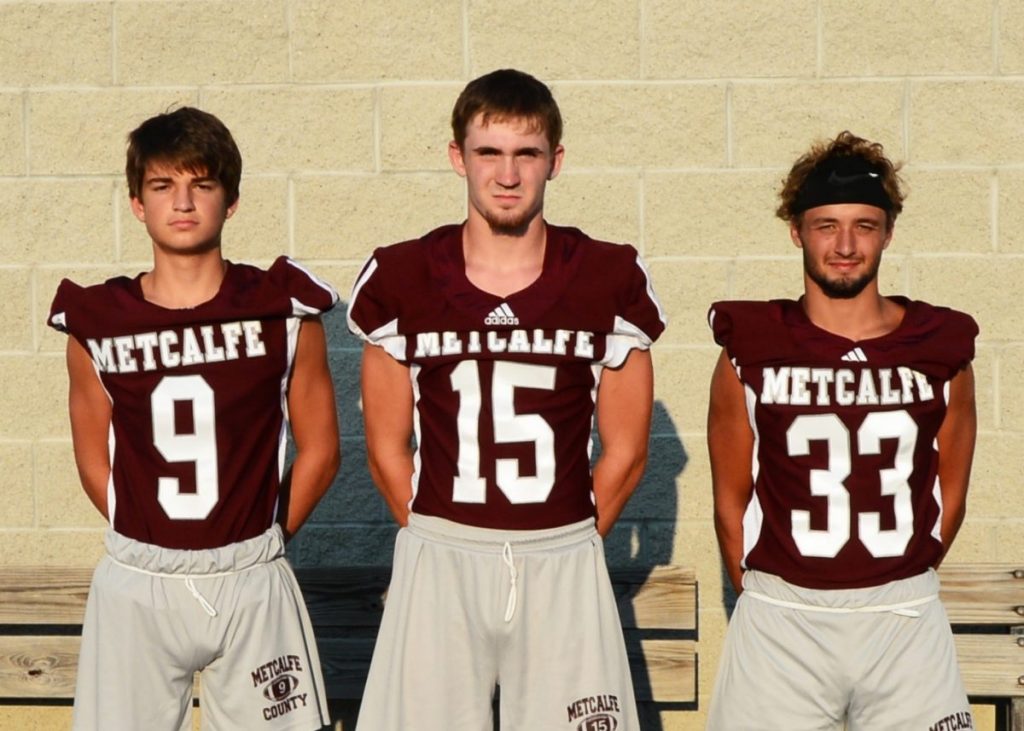 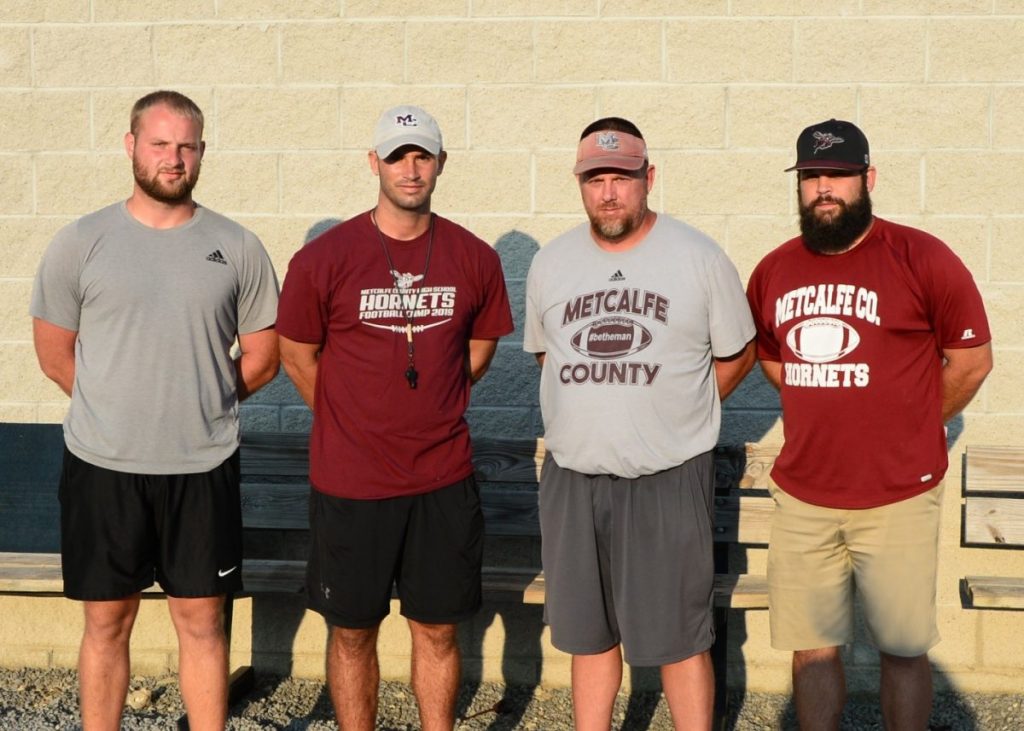