Interview with US Attorney Russell Coleman- Part I 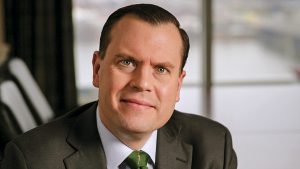 US Attorney Russell Coleman’s most grave concern for his home state of Kentucky is for youth and families struggling with narcotics addictions and overdoses. However, his second biggest concern is for the aging citizens of the Western District, as elder fraud runs rampant.

“Elder Fraud is not what it was a few years ago, today’s methods require a degree of sophistication, and access to technology.”

According to Coleman, cases of elder fraud are excessive. One of the many strategies now being used is pop up ads and emails claiming that accounts have been hacked.

“401Ks are being drained. For most of the victims targeted, they are already on a fixed income and the victim is stretched thin.”

“Many cases are not being reported at all,” he said. “There is a stigma attached to it and often times the victims feel ashamed of being taken advantage of, and they don’t want the embarrassment coming forward. They are bullied.”

Coleman wants such individuals to know as a prosecutor, he can and will seek restitution. He hopes to work more closely with local law enforcement agencies to punish and stop the criminals behind such scams.

“When elderly people do step up, the investigation often ends when the offender is out of state.”

Coleman says he has the power to not only help track and prosecute the offenders but middlemen/mules employed by the criminals to help conceal their identity.

In addition to bringing justice for victims and wrongdoers, Coleman sees offensive tactics as a vital component.

“We can do more. TV and technology that are popular today need to be used as a medium and we need to creatively educate the senior citizen population to help mitigate this problem as it continues to grow,” he said.

He says that the AARP is working on ways to help educate people and that he helps more agencies private, nonprofit and otherwise will work to do so as well.

“The key is education, and action,” he said.