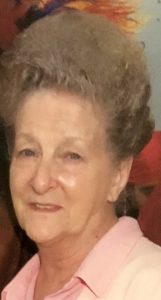 CAMPBELLSVILLE – Marie Parnell Pierce, age 80, passed away Monday, August 12, 2019, in Louisville. She was the daughter of the late Albert and Lora Strader Parnell. She was a nursing assistant and of the Pentecostal faith.

Besides her parents, she was preceded in death by her husband, Howard Pierce and several siblings: Kenneth Parnell, J.T. Parnell, Lemon Parnell, Dorothy Hall, Audrey Blaydes, and Virginia Lacrosse; and one great-grandchild, Austin Grapevine.