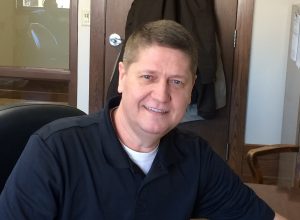 He will serve until the election in November at which time a new sheriff will be elected. There is however a twist to this story. Hodges discovered that he (nor anyone else) can run for sheriff on the Republican ticket because a candidate had been named before he was even sworn in.

The Metcalfe County Republican Party Committee met in a special called meeting on Tuesday night and chose their secretary Charles Costello as their candidate. The spur of the moment special meeting and lack of notification to many in the party has caused some disturbances.

Hodges or others can still run but have to do so as Write-In or Independent candidate before the filing deadline of August 13th.

Hodges explained his thoughts on how this has transpired, “This doesn’t seem to me how we conduct elections in this country and that’s my main concern – the fairness of it. I’ve spent my lifetime in public service as a law enforcement officer. And as a law enforcement officer, you shine the light on the darkness and right wrongs and this is wrong.”

He went on to say, “This never was about me. This is about fairness. This is a public office. Any potential candidate should get the opportunity to run for it and that’s not happened. It seems unfair to me that two, three, or four people can decide who the candidates are for a fall election.”