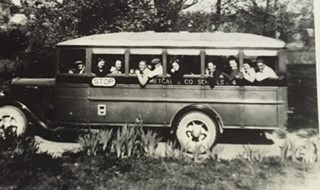 The first school bus in Summer Shade became operational in 1937.

With school soon back in session, it’s an ideal time to take a glimpse back into what education was once like in Metcalfe County. Each small community had its own one-room schoolhouse.

Here are some fascinating facts.

Summer Shade Normal School, active in the early 1900s educated children from the ages of six through eighteen, all in one room.

By 1924 the Summer Shade School had been established, it was the first elementary school in Summer Shade.

In addition to one-room schoolhouses for basic education, Beaumont was home to a singing school in the late 1800s- early 1900s. It was very popular, with its scholarly approach to voice training.

These two side-by-side communities had many one-room schoolhouses including the Dripping Springs School and Cedar Hill.

By the 1930s there was a Randolph elementary school simply called the Randolph School, and a Randolph High School.

Center had a more modern approach, with its grade school and high school in place by the early 1920s.

In 1925 the first gymnasium in Metcalfe County was built at Center High School.

The first school bus in Center was a converted truck. The first driver was Larry Slinker.

Walnut Hill School, active from the early 1900s-1920s was located on the Ratliff Mitchell Farm.

Old Blue Spring School was an African American School in the early 1900s-1940s.

Sulphur Well School was a one-room schoolhouse that educated all grader in the early 1900s.

There was also a Sulphur Well High School that closed in 1934.

The Vanzant School was moved from the Ulysses Vanzant Farm after it burned.

Before the old Edmonton high school was built students attended school in a converted dwelling.

Teachers came from all over the county for training.

The Edmonton high school was built in 1923 and 1924 and torn down only last year after many years of not being used. 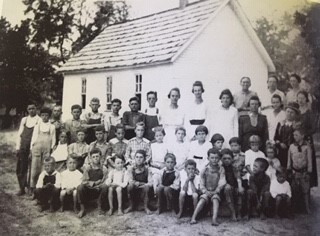 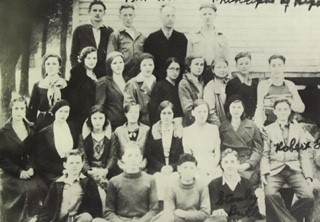 The small student body of Sulphur Well High School in 1934, the last year it was operational. 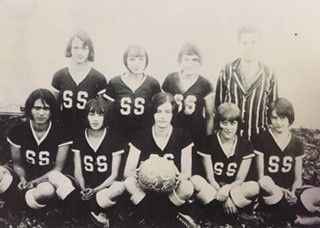 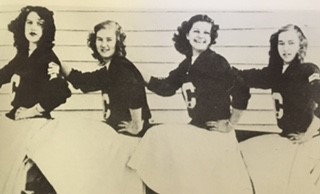