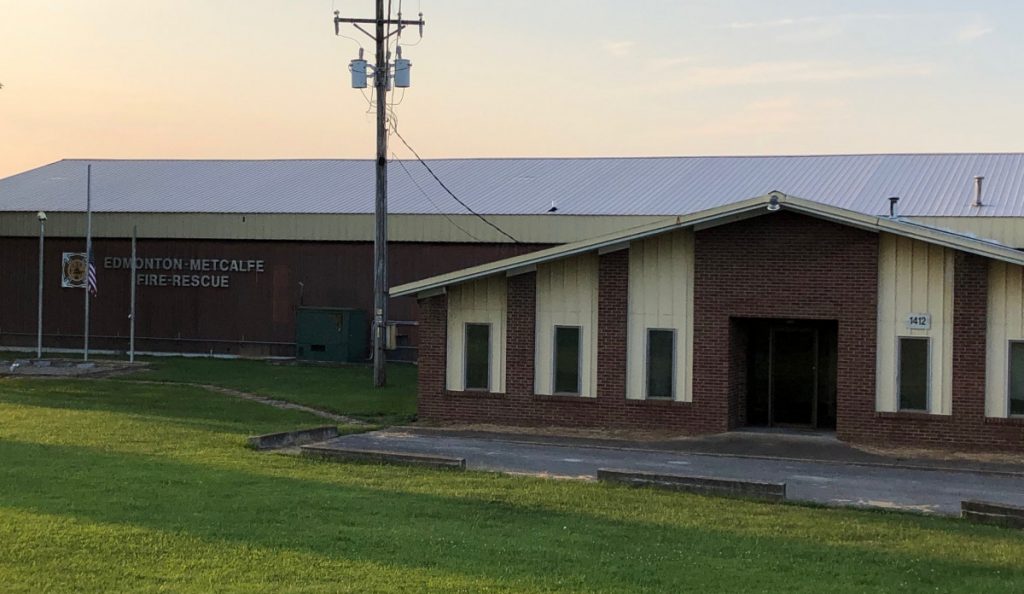 The fire house looks good on the outside, but the inside needs quite a bit of repair done.

The August 5th meeting of the Edmonton City Council was held missing one. Councilmember Teresa Hamlett was unable to attend due to her husband’s impending surgery. The meeting centered around two main items.

The main discussion dealt with bids for the needed repairs to the Edmonton – Metcalfe Fire Department building. The repair work was divided into separate bid areas but all three bids received were lump-sum amounts to complete all the work listed including plumbing, electrical, and carpentry.

“Well, I think we made a wise decision there on repairing the fire department, noted Mayor Doug Smith.

Also discussed was the repair/replacement of the air unit for the offices at the fire department. The unit was not included in the repairs since it stopped working after the bid was published. Public Works Supervisor Moe Hensley stated that the unit is a ‘96 model and it was seen by a tech who advised that a new unit could be “hooked right into the ductwork.”

City Clerk Dawn Devore suggested getting estimates and before the next meeting to which the councilmembers agreed.

The second major item consisted of the first reading of City Tax Ordinance 2019-20-02 setting the motor vehicle and watercraft tax at 15.2 cents for every $100 of assessed value. This amount has remained unchanged since 1983. The reading passed unanimously.

“There has been discussion for several months on the press box at the football field needing to be expanded,” stated Mayor Smith. Two estimated have been gathered for the cost of expanding 18 feet on each side. “This would give us additional much needed storage on the lower level and give additional needed space on the upper level.”

The council went into a short closed session for litigation discussion but no action was taken.

The next meeting has been moved to Tuesday, September 10th at 6 p.m.