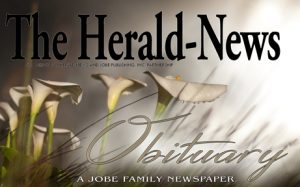 CENTER – Ricky Monroe Brooks, age 40, passed away Saturday, August 3, 2019, at his home. He is the son of Richard (Lou Anne) Clink of Lancing, New York and Ruth (Gerald) Brooks of Edmonton. Ricky was retired from the Kentucky State Police, was a US Army veteran, and the present Metcalfe County Sheriff.

In lieu of flowers, memorial contributions can be made to the VA Bone Marrow Transplant Section in Nashville.