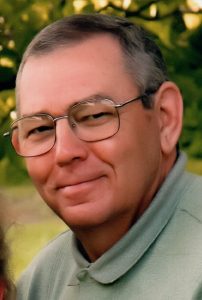 EDMONTON – Donald Eugene Garmon, age 75, passed away Thursday, August 1, 2019, at The Medical Center in Bowling Green. He was the son of the late Jessie and Gertrude England Garmon. Don along with his wife the late Jeanie Wisdom Garmon were owners and operators of Dons Auto Repair in Edmonton. He was a bus driver for several years and announcer for twenty years for football and basketball. He was also a member of the Grace Union Baptist Church.

He was preceded in death by two grandsons, Justin, and Richie Caffee; a brother, L.C. Garmon; and two sisters, Joyce Ferguson, and Anna Mae Garmon.

Funeral services will be held 2:00 p.m. Sunday, August 4, 2019, at Butler Funeral Home in Edmonton with burial in the Metcalfe County Memorial Gardens. Visitation will be Saturday from 4:00 until 8:00 p.m. and after 9:00 a.m. Sunday at the funeral home.

In lieu of flowers, the family requests that memorial contributions be made to Metcalfe County High School for future scholarships.