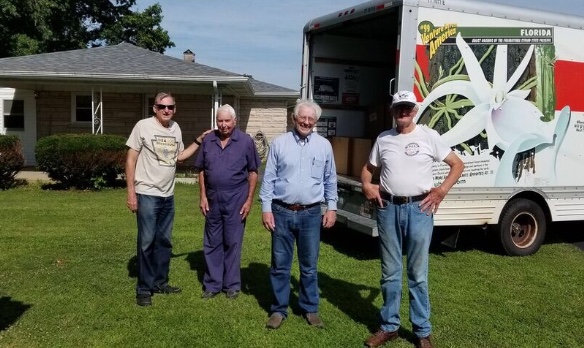 Carl Cook, second from the left, and his friends on the day of the bug move.

His extensive collection consisting of over 200,000 specimens was transported to the University of Florida, for whom Cook serves as a research associate, for the purpose of research and preservation.

The FSCA host one of the world’s largest curated research collections. This fact draws students from around the world to Gainesville to work on their insect projects, degrees, and so forth.

“I’m lost,” Cook said when asked how he felt without his bugs. “I guess I’ll have to take up collecting rocks or picking up sticks.”

Cook got his start as a bug lover at historic Sulphur Well when he was just a boy, doing research for a 4-H project.

According to Cook, in a 2017 interview, Cook and his friends were down near the river bottom catching butterflies when young Cook noticed what he described as a distinguished gentleman.

“He was dressed very well, and he had white whiskers. He was watching very inquisitively as we played. He asked me what I was doing, and I told him I was catching bugs for my 4-H club project. He told me that I ought to add some dragonflies to my collection. I told him I didn’t know what they were, and when he showed me one I told him that we call those bugs ‘snake doctors’.”

It turned out that the distinguished gentleman Cook was talking to was Dr. Harrison Garmon, a retired entomologist.

From that day forward, Cook became obsessed with Odonata, known commonly as the dragonfly.

Although dragonflies are certainly his favorite those are not the only bugs in the donated collection which fill three rooms, floor to ceiling, in files of brown envelopes.

The collection includes bugs from Japan, India, Cameroon, Pakistan, and countless other exotic and distant locations.

According to Cook one of the most interesting is the rhinoceros beetle.

“It is an African species of the dung beetle. Rolls cattle dung into balls as big as marbles, and it is against the law there to run over those. The dung beetle has the right-of-way,” Cook chuckled, with childlike wonder still in his eyes.

“The Carl Cook collection adds considerably to our collection which is freely made available to anyone who requests access for their studies. The affiliation with the University of Florida helps attract students for post-graduate work,” said Bill Mauffray, Managing Director International Odonata Research Inst. and Resident Research Associate Curator of Odonata Florida State Collection of Arthropods.

“Also, Gainesville attracts more retired entomologist than any other market to settle here because of the FSCA collection. With the addition of the Carl Cook Collection, the curated specimen count will exceed 300,000.”

Cooks donation of his life’s work makes the Florida State University collection the largest in the world. 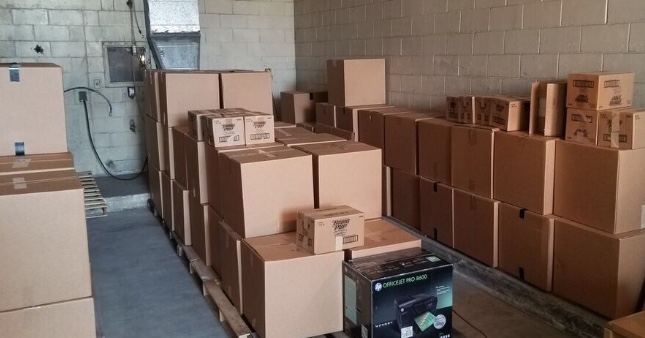 Boxes upon boxes of bugs. 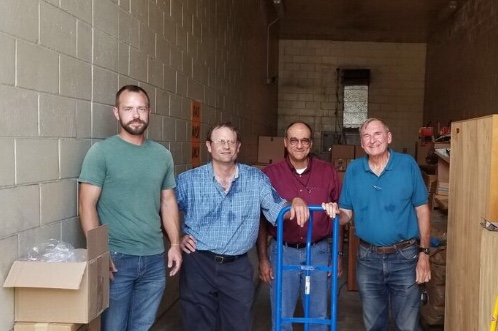 The moving crew who loaded specimens into the U-Haul and moved them to the Florida State University.