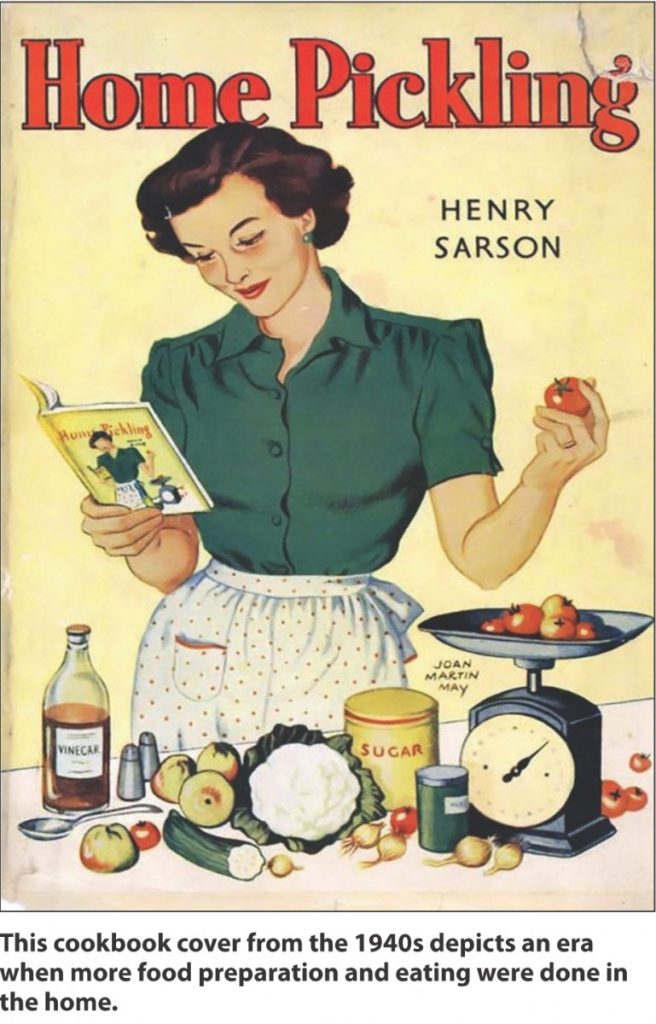 “Eating is an agricultural act.”

Kim Henken has fond memories of her formative years, spent on her family farm in rural Metcalfe County, Kentucky where she was born and raised.

“I grew strawberries, that’s how I paid for my first car,” Henken said.

Her mother worked as a legal secretary and her father, like many of his generation, was a farmer.

Although Henken’s parents are now gone, she still has the family farm in Metcalfe County and returns there when she can, to maintain the property and get back to her roots.

Henken is employed by UK as the Acting Director of the School of Human Environmental Sciences and Senior Program Manager for Family and Consumer Sciences Extension. She serves as the state advisor for the Kentucky Extension Homemakers Association.

After high school, she thought that law school was the place for her, but soon changed her mind.

“I left with one viewpoint, and I came back with another,” she said. After earning two degrees in agricultural economics, she started working for UK full-time in 1995.

The combination of her raising and career have given her a unique vantage point when it comes to looking at the ways families have changed their living habits.

“Fewer children are growing up on farms today,” Henken said. With farming no more commonly a part-time occupation, and both spouses working outside of the home, Henken says it’s more difficult to strike a balance.

As a result, foods once raised and preserved at home are now being bought at the grocery store, greatly changing the food choices that families make on a daily basis.

According to a 2017 study conducted by The Simple Dollar the average American eats an average of 4.2 commercially prepared meals per week. In other words, as a nation, we eat out between four and five times a week. This number equates to 18.2 meals in an average month eaten outside the home.

Within the home, less of what is eaten are fresh foods, known in the dietary/ nutrition community as “real food”.

Instead, the pace of life dictates that most families opt for convenience foods that are prepackaged and pre-prepared, making the biggest portion of what we now eat far removed from the simple, wholesome foods from the farm.

Lisa Boswell (Director of Bowling Park) has an up close and personal vantage point when it comes to what these societal changes have brought about at their extremities.

Bowling Park in Edmonton hosts the only homeless shelter of its kind in the region and temporarily takes in people from near and far.

“It’s a hand up, not a handout,” Boswell said. Boswell makes certain that the men and women who reside at the shelter for 30-day stints secure jobs, and take other steps to rehabilitate their lives and becomes active members of society again.

Although a diversified cross-section of individuals from all walks of life wind up at the shelter, Boswell sees at least one unanimous thread.

“When you talk to them and learn about them, the common thread is that growing up they didn’t have structure or accountability, especially if they are between the ages of eighteen and thirty,” she said.

To help rectify this Heather Shaw (Metcalfe County Cooperative Extension Service Senior SNAP-Ed Assistant) comes to the shelter once a week to train residents on basic and necessary skills.

“It truly is amazing how people no longer have these basic skills,” Shaw said. “If you put a whole chicken in front of them, they have no idea how to prepare it. If you give him a sack of potatoes, they don’t know what it takes to safely turn them into mashed potatoes because they are living entirely on prepackaged convenience foods, mostly from retail stores or drive-thru food. They have no fresh fruits and vegetables in their diet at all.”

Shaw says that because most of the foods they are regularly consuming are non-perishable and preservative-laden food safety measures, and basic preparatory skills like cutting, slicing, peeling, using a stove and putting to food away in the refrigerator also have to be taught.

Although this true across the board with residents, Boswell says the younger individual the worse the problem.

“The younger they are the less they know about these basic skills that used to be taught at home and at school,” Boswell said.

In Henken’s youth, preparing meals at home and teaching younger generations to do the same was commonplace.

“It didn’t matter how hard we were working, or what needed to be done when we hired people to help with tobacco every year we always stopped for lunch and my mother prepared a big lunch for everyone,” she said.

Unfortunately, that dedication and lifestyle are mostly memories of yesteryear, and whether it is at it’s extreme or chalked up to the byproduct of a changing world, it is unquestionable that these changes in America are taking their toll.

According to the Works Population Review, America is the 12th most obese country in the world, and Kentucky is the 6th most obese state in the nation (State of Obesity Report, 2018). With the growing negative diet-related disease is also on the rise, including diabetes, heart disease, high blood pressure and the like.

That is not to say the situation is hopeless.

Thanks to the SNAP program offered by UK extension, young people across south-central Kentucky are learning about nutrition and food preparation early in life through various community partnerships. Also, though lifestyles have changed drastically over the past five decades in Kentucky, there is a revival of old traditions such as gardening, canning, and home food preservation underway.

“Everything old is new again,” said Henken. “It seems like everything comes back around and people are interested in the garden and home again, canning and sewing. It may be a trend or they may be longing for simpler times.”