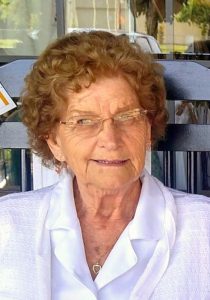 EDMONTON – Doris Edna Pedigo Froedge, age 87, passed away Friday, June 14, 2019, at her home. She was the daughter of the late Underwood and Pricey Bailey Pedigo. Doris was a homemaker and member of the Antioch Baptist Church.

Besides her parents, she was preceded in death by two sisters and two brothers: Ruby Garcia, Ruth White, Leslie Pedigo, and Raymond Pedigo.