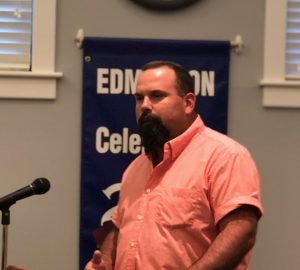 Coach Cash Fugate, Jr. asked for a reason as to why Page was terminated.

Several people attended the Edmonton City Council meeting in support of Page Edwards who was recently dismissed from the job as Director of Parks and Recreation which she had held for 18 years. There was no hostility involved only confusion as to why she was dismissed.

The first to speak was Cash Fugate, Jr. whose family moved here around 2010 from Florida. Fugate stated that he had been involved with the parks and recreation since t-ball way up to coach pitch. “I stand up here tonight for about a dozen families that are curious as to the reasoning behind Page Edwards, you know let go and also questioning where we go from here and how are we going to do that.”

“There was several questions about how do you pick teams, people complaining that one team is stacked another team isn’t. In the seven years, I’ve been involved with coaching, all of us coaches sat right there at that table and picked the children. I didn’t know anybody so I just took whoever was left (being an outsider). There was never any quarrel at this table. The second we got on the fields by game three, everybody was belly aching ‘ah you got all the good ones, I got all the non-good ones.’

Fugate noted that the biggest question he gets asked at every game and every practice, “Can we find out what she did wrong and where are we going from here?”

Mayor Doug Smith referred the question to City Attorney Sharon Howard who responded. “The city is an at-will employer and they don’t really have to have a reason to hire and fire people, ok. And part of what you may be asking is also an exemption under the Kentucky open meetings law and cannot be discussed and that protects Page as well as the city, ok. Unfortunately, as a city organization, you don’t have to have a reason. We just really can’t give a reason and actually, it provides… it’s in Pages favor for drawing unemployment and other things.”

Fugate then asked who would be taking over. Mayor Smith replied, “We don’t have anybody. It will more than likely stay in-house.”

Fugate thanked the council for their time. 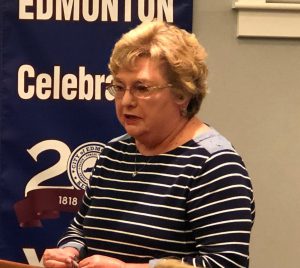 The next person taking the podium was Kaye Hope, Page’s mother. (Also in the audience was her father, Rick Hope.) “I’d like to put it on a personal basis because for us it’s been personal.” She noted how busy the park is and that Page fielded a lot of complaints as part of her job, and dealt with it on a daily basis.

“I hope the park continues to do well.”

Hope added that family and friends are having an appreciation reception for Page on June 23rd at the Old School Cafe and invited the councilmembers to attend.

The last to speak was Angela Kerr, who spoke with great emotion, “She put her life and soul into that park and I think it’s really unfair for all of us, the kids, the coaches, to lose her and for you to not give us any reason at all. Because she don’t deserve that and neither do we.”