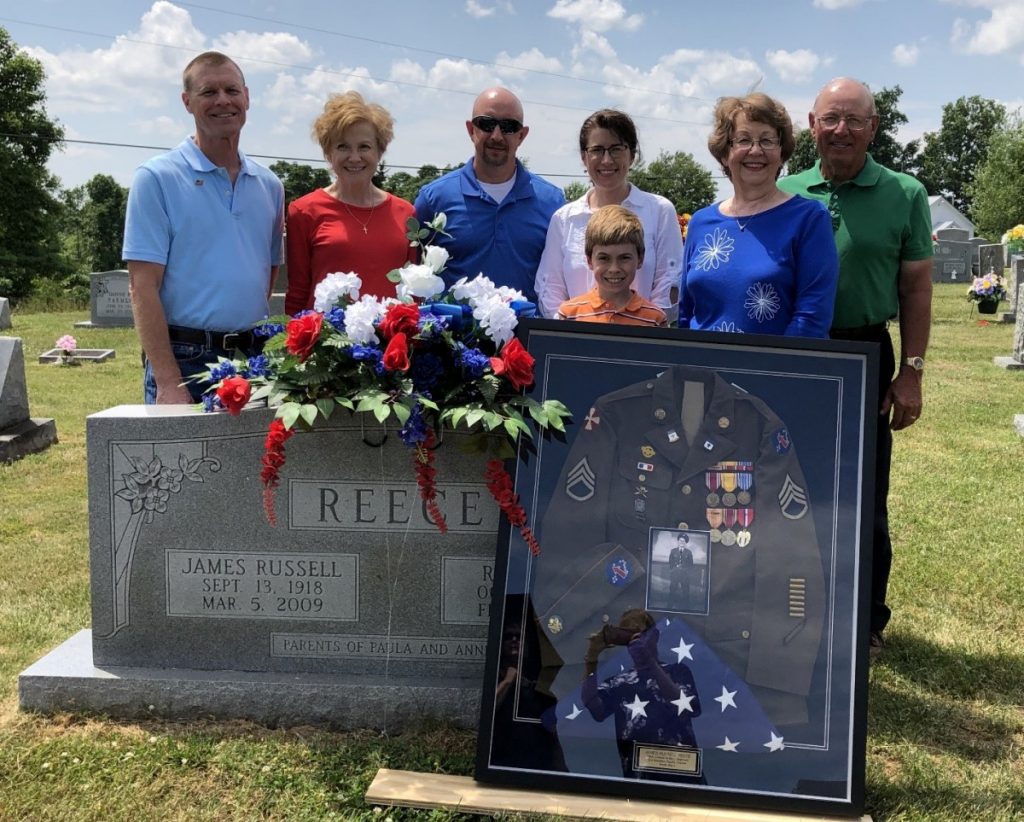 The family of James Russell Reece at his gravesite displaying his uniform are John and Annette Hepner, Jason, Donna, and Davis Propes, and Paula and Danny Propes. PJ Martin/The Herald-News

Mr. Reece served in WWII and saw combat duty on seven different islands of the South Pacific serving with General McArthur. His son in law John Hepner pointing out that, “He didn’t talk about it much.”

Reece enlisted on August 8, 1941, and served his country for 4 years, 1 month, and 2 days. According to Hepner, “His intention was to serve 2 years and then come back home, but then Pearl Harbor was bombed.”

He along with countless other soldiers served in deplorable conditions in places such as Guadalcanal, Bora Bora, Efate, New Hebrides, New Guinea, the Philippine islands, Sterling, Mono, and more.

Upon discharge, he was sent home on a leaky ship that Reece reportedly said, “We thought would sink in the ocean before it got home.” He hitchhiked the final miles home from the bus stop at Cave City as countless other soldiers had done anxious to make it home.

As with many others, Russell Reece served his country out of a sense of duty. His generation referred to as ‘the greatest generation’ for their love of country and selfless acts of patriotism fighting for our freedom. Many of this generation have already passed on. They need to be remembered. 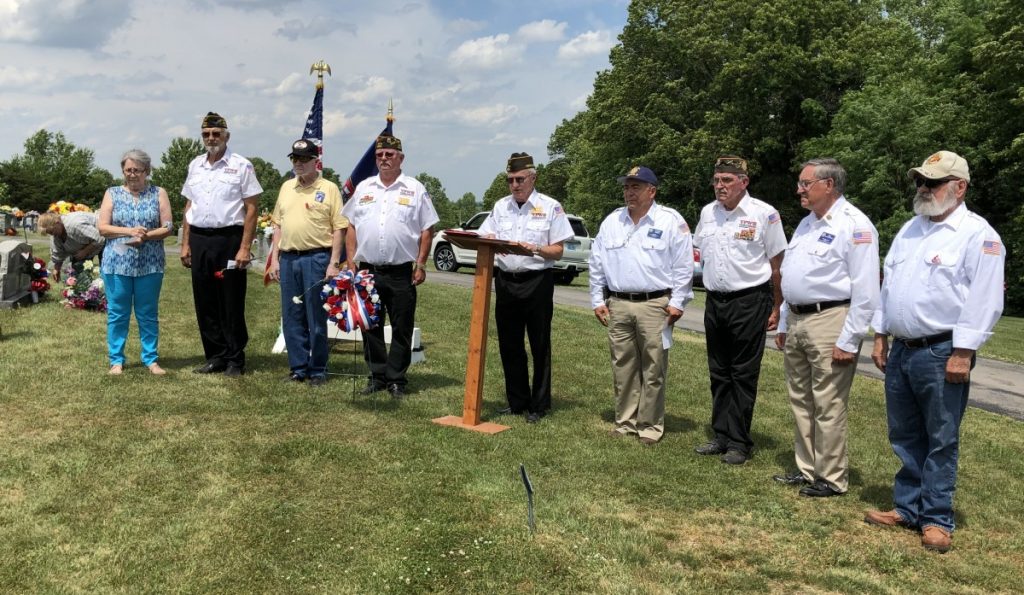