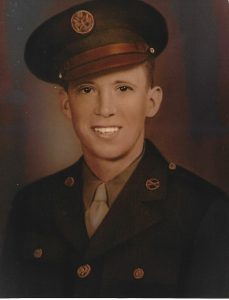 Sunday, May 26th, was a beautiful day on the square in Edmonton as the American Legion Post 65 conducted a Memorial Day service to honor those veterans who are no longer with us.

A great crowd was in attendance as the Metcalfe County High School Band performed the Star Spangled Banner and Elena Bonitz led the pledge of allegiance. Kaleb the grandson of Owen Luckey read a fitting tribute poem and Chaplain Bill Lytle said the prayer.

Commander Eugene “Gene” Fahey spoke of the great sacrifices and hardships many families faced losing a loved one to battle. He read aloud a touching letter written home in 1944 by Kenneth R. Knipp a 10th Battalion U.S. Army WWII soldier who lost his life a few short months later in a battle at Nancy, France on September 22, 1944.

The guest speaker, Judge/Executive Harold Stilts, a Vietnam War veteran spoke of the many men and women who were lost to battle at such a young age. Reflecting upon his own memories of attending the funeral of a classmate in Metcalfe County shortly before shipping out himself.

In a gesture of honor, a wreath was laid at the War Memorial in the courthouse yard by band members Taylor Brown and Aelec Baker as Katelyn Bailey played ‘Taps.’

To all those who served, we thank you. 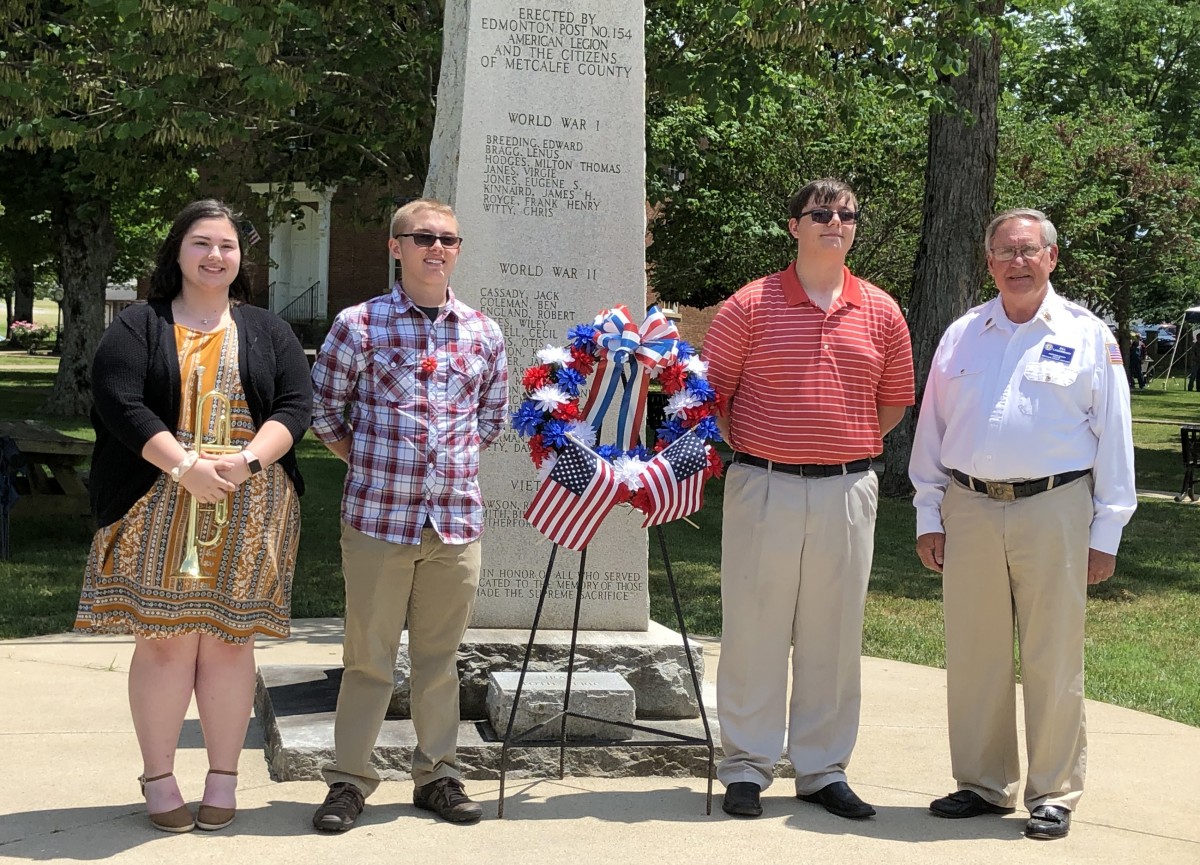 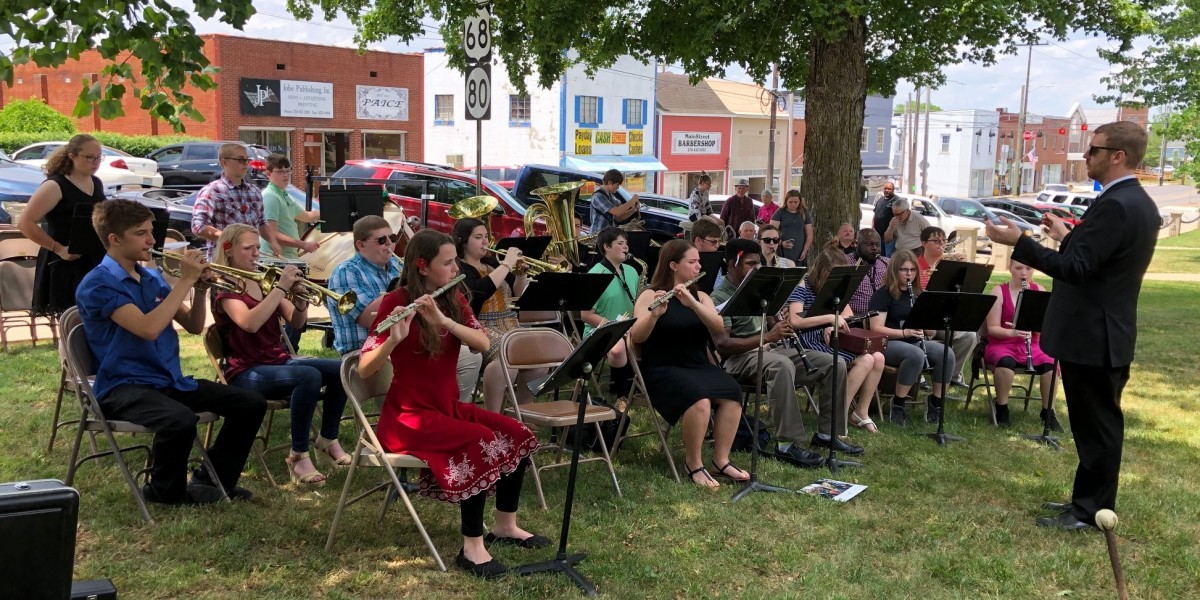