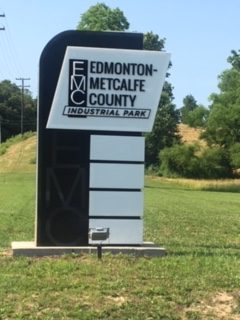 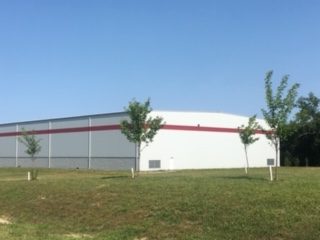 Metcalfe County and the region were abuzz with excitement Friday, as Governor Matt Bevin made the official announcementthat the much-anticipated barrel factory, Pennington Stave and Cooperage Corp. would be locating in Edmonton, Kentucky.

Kentucky’s iconic bourbon industry has been an economic powerhouse for generations, and its current momentum is truly astounding,” Bevin said, in Friday’s press release presented by the Lane Report. “From barrel production to distillation, the Commonwealth continues to be the perfect fit for any company tied to the production of bourbon and spirits. Congratulations to Pennington Stave and Cooperage, as they launch this innovative new endeavor in the industry and create exciting opportunities for the workforce of South Central Kentucky.”

The mill will be located in the Edmonton-Metcalfe County Industrial Park with a $34.4 million-plus investment and will create an approximated 126 full-time jobs for residents.

After looking at many locations across the region Pennington Stave and Cooperage selected the 38-acre site in the Edmonton-Metcalfe Industrial Park. The existing building will be finished and used for the stage making portion of the operation while an additional 80,000 sq. ft. building will be constructed for barrel making.

Chad Pennington, founder of PS&C was born and raised in Metcalfe County and resides there with his family. He is proud to see the startup take root in his hometown.

“I always wanted it to be here, we did explore other options but I am glad it ultimately worked out for it to be here. It does mean a lot, to be able to create this in my hometown,” Pennington said.

The barrels built at PS&C will be used for Kentucky bourbon and other wine, spirits, and craft beers that require aging in white oak barrels. PS&C plan to use American white oak secured primarily from local logging companies and other regional sources.

“The bourbon industry is booming, and as long as there is bourbon they will need barrels,” said Pennington.

The longevity of the cooperage and it’s potential for growth and prosper is especially appealing for the region.

“It will offer opportunities for future generations,” Pennington said.

PS&C aims to fill a growing need in the bourbon and American whiskey market. Annually, the industry requires the production of more than 1.8 million barrels, and a lack of suppliers poses potential challenges in the future. The cooperage plans to implement state-of-the-art production methods and technology, which Pennington said is only beginning to be used in Kentucky by a limited number of facilities; The equipment will cut form production time and labor.

Ultimately, having such a company will mean more than jobs. It has the potential to spawn growth and prosperity in a region that has seen its share of hard times.

I am thrilled Pennington Stave and Cooperage Corp. decided to locate in Edmonton,” Mayor Smith said the report released last Friday. “The opportunity for the residents of Edmonton and Metcalfe County to live and work here is important to me. This will not only be good for the people of Edmonton and Metcalfe County but also for surrounding counties for generations to come.”

Metcalfe County Judge/Executive Stilts thanked those involved in making the project a reality.

“We appreciate Gov. Bevin and his economic development team for helping to secure Pennington Stave and Cooperage’s location in our community,” Judge/Executive Stilts said, in Friday’s press release. “This project will have a positive impact on our local timber and logging businesses, and it will greatly benefit our local workforce. This is a wonderful addition to Metcalfe County.”

“People are excited and that’s a good thing,” said Pennington.

Although the project is moving forward, a specific date for when the cooperage will be up and running has not yet been determined. For more information, read the Edmonton Herald-News, and other Jobe Publishing newspapers across the region.