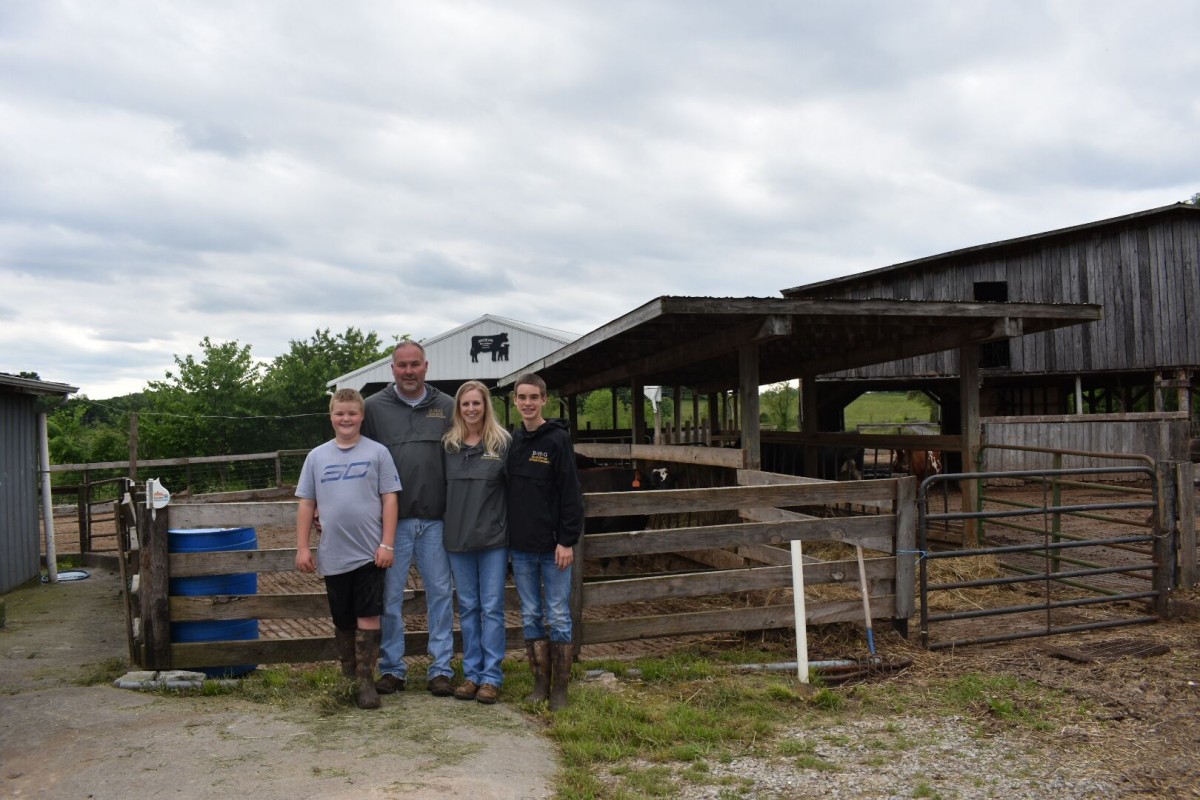 Chris Huffman has fond feelings about his family dairy farm in Center, Kentucky.

“I grew up milking cows here. If you had told me when I was a teenager that I’d like doing this someday, I wouldn’t have believed you,” he said.

However, he does like it; So much in fact that when he retires in two years, he is going to make the family dairy his main focus in life.

“I love what I do, but I tell people when I retire it will be to do what I love,” Huffman said.

The cloud over American Dairy farms

In 2018, dairy farming made the national news when America’s largest dairy company, Dean Foods issued a statement to many of its family farm suppliers stating their contracts would end last May.

The company explained that it had decided not to renew the contracts because of the overproduction of dairy milk due to lack of consumer demand.

According to a 2013 USDA report, dairy consumption has been on a slow but steady decline since 1970.

Over the past few years, Kentucky has held pace with national averages and many dairy farms have closed in South Central Kentucky.

However, some small family operated dairies like Triple H Dairy have survived, though Huffman and his family are well aware of the fickle nature of dairy farming.

“Milk has its ups and downs,” he said. “You can calculate your feed costs, but there are things you can’t calculate, like medicine or equipment tearing up. Those prices rise, but the income from milking doesn’t.”

Huffman’s mother Carolyn has an unusual keepsake to remind her of how milking sometimes doesn’t pay: a check the dairy received for $0.00.

In 2016 Chris’s father Harry Hugh Huffman, for whom Triple H Dairy is named, died after a prolonged battle with cancer.

Since then Chris has been the patriarch of the family dairy.

“It’s more than a job it is a way of life,” Huffman said.

Huffman works the dairy with his two sons, Colton and Cade, his wife Amber, and his brother-in-law Johnny London, Johnny’s wife Lesley and their two children Tyler and Kassady.

“We have nine people that live on this 250-acre farm,” Huffman said.

They have one employee who helps milk, but generally rely on one another.

“The kids enjoy it, they are getting to the age where they can be really involved and enjoy that,” he said.

Both Cade and Colton show cattle at the State Fair and are involved with 4-H. Their mother Amber is an Extension agent in Hart County, Huffman also loves farming.

“I think it teaches the kids good morals and values and to carry on a family tradition,” said Johnny London.

“I like that they learn something about their own history,” Huffman added. “It teaches them they are part of something bigger than themselves.”

Huffman says the experience has taught him a thing or two about life as well.

“It’s taught me to enjoy every minute of life,” he said.

“Once you’ve grown up with it, it is in your blood,” London said.

Cade says he likes the dairy because he likes the cows, who he says all have different personalities and unique names.

“The cows can be your best friends or your worst enemies, it teaches responsibility,” Colton said.

For Amber, who also grew up on a farm and actually brought her cows to Center from Summer Shade when she married Huffman, it is about family.

“I think it’s good to do something as a family,” she said.

Huffman says that ideally in a decade’s time the family will have weathered the ups and downs.

“I hope we are still right here doing what we are doing today,” he said.

As far as potential challenges, Huffman says the problem is getting someone to buy the milk and transport it.

“Right now, we are lucky to be in an area with several small dairies still operating and to be on a milk route,” he said.

If that were to change it could change how Triple H Dairy functions. Many dairies, like Chaney’s Dairy Barn in Bowling Green, have added an agro-tourism aspect to help sustain the milking operation.

Only time will tell how many more decades Triple H Dairy will sustain itself into the future.
“We realize we are very fortunate to still be able to do this,” Huffman said. 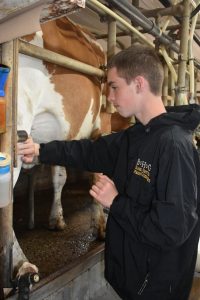 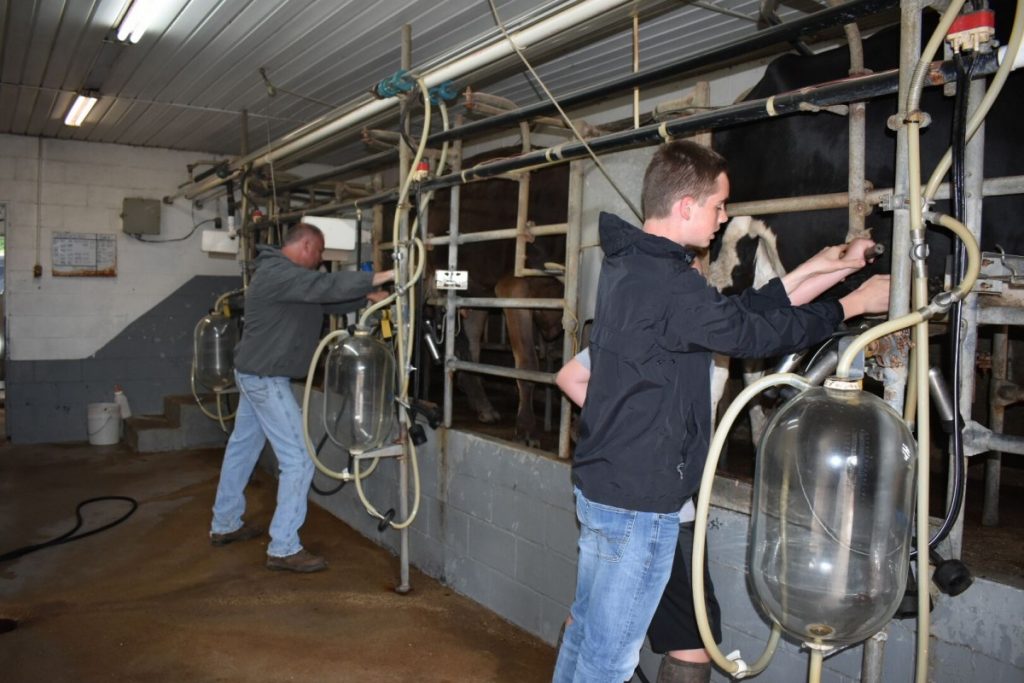 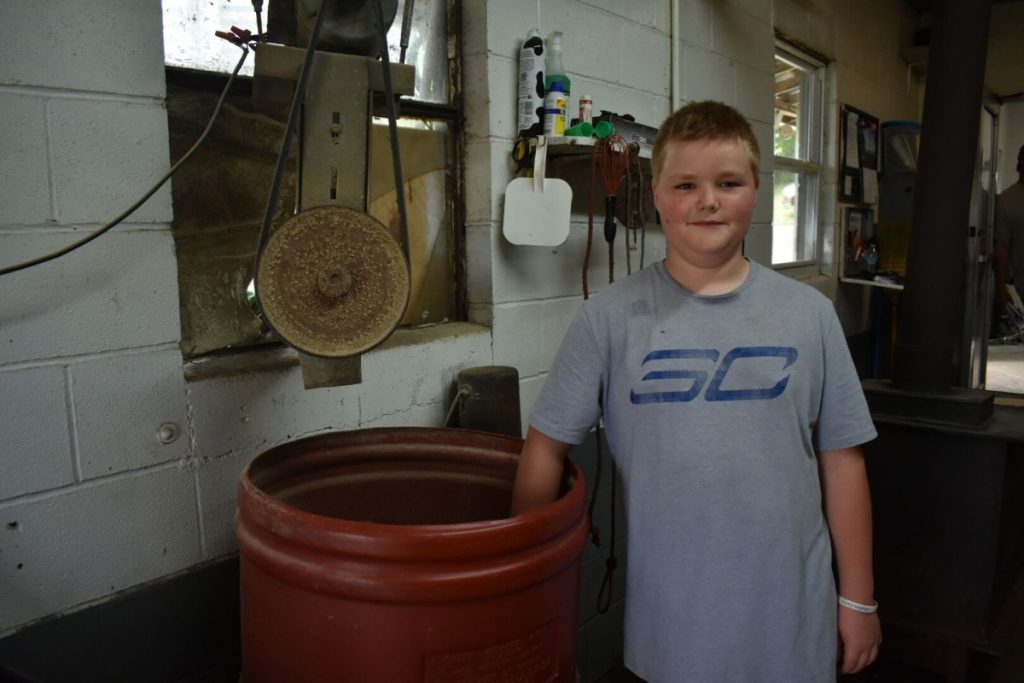