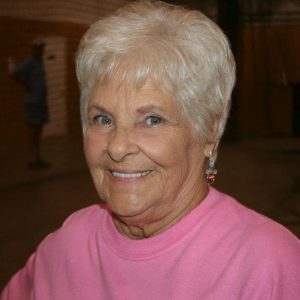 EDMONTON – Margie Brown, age 83, passed away May 18, 2019, at her home. She was the daughter of the late Horace and Vera Mae Nelson Moss. Margie was retired from Topps Manufacturing and was a member of the Society Hill Baptist Church.

She is survived by a son, Garry (Sandra) Brown of Edmonton; three grandchildren: Kelly, Jonie, and Adam Brown all of Edmonton; ten brothers and sisters: Lucille Vaughn and Minnie Wilson both of Louisville, Stanley and Chaptman Moss both of Summersville, Lula Mae “Tootie” Alexander of Greensburg, Betty Thornsberry of Mt Washington, Joyce Kessinger of Shepherdsville, Mitchell Moss of Greensburg, Michael Moss of Summersville, and Ricky Moss of Vine Grove; and three great-grandchildren: Wyatt Walker, Isaac Brown, and Harlee Walker.

Besides her parents, she was preceded in death by her husband, Lee Roy Brown; two brothers, Nelson Reed Moss and Billy Thomas Moss; and a sister, Viola Moss.