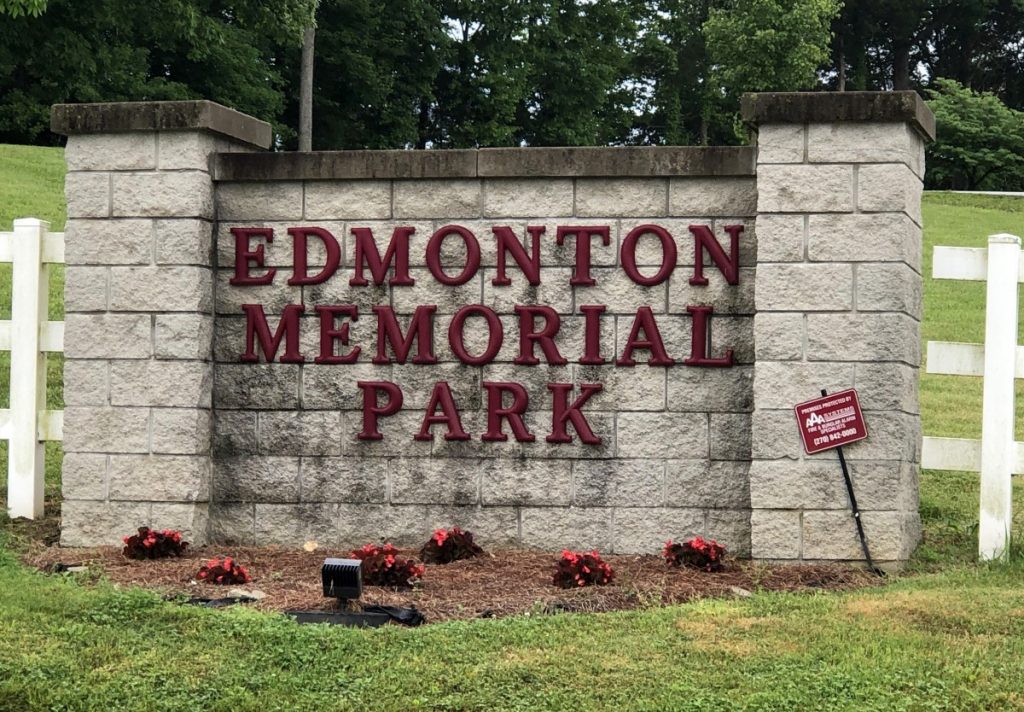 In a surprising turn of events, Page Edwards was dismissed Tuesday as the Director of Parks and Recreation by Mayor Doug Smiths. The dismissal appears to have arisen from a discussion at the Edmonton City Council meeting on Monday night.

During Edwards monthly report she noted that the park has approximately 185 children ages 4 through 12 on 17 little league teams this year. Council member Teresa Hamlett then asked Edwards, “Why is there so much confusion on arranging the teams?” Noting that she had received several phone calls and complaints about the teams being stacked.

Edwards explained the selection process, “We have a meeting with the coaches and we have a draw.”

“Do you have a box? Does each child get to go up there and draw?” asked Hamlett to which Edwards replied, “No, the children are not there. It’s just me and the coaches and I have the applications.”

“I think the children should get to draw their position,” proposed Hamlett, suggesting that there be tickets with each team number and a certain number of tickets for each team so that each child would have a number.

Edwards then explains that it would cause some teams to have too many players and other teams to have not enough players. “We would have teams with 25 on one and 2 on another.”

“So more than you, help pick out the teams? Not just you? The coaches do?” questioned Hamlett to which Edwards answered, “I don’t do the teams.”

“You being the Park Manager you should oversee!” asserted Hamlett.

“And I do,” explained Edwards, “That’s why we have a coaches meeting. All the coaches show up and we divvy out the teams and you always have 2 or 3 kids that have to be on the same team, because that’s their ride. That might be a stronger player that might not be. That might be a weaker player.” She also noted that coaches and assistant coaches have their own children on their teams.

Again Hamlett stated, “I really hear a lot of complaints about stacking a team.” To which Edwards reiterated, “The coaches are the ones that pick. I did not put them on a team.”

“How do other counties do this?” asked Councilmember Cathy Nunn to which Edwards confirmed that the coaches get together and they split up teams to which Hamlett asked, “So they split ‘em up they don’t draw?”

Edwards then explained how it works in greater detail. “It’s kind of a split up draw combo because all kids can’t be drawn. Because so many have to be designated to certain teams. Because of, the coaches kids, the assistant coaches kids, or if two brothers have to play on the same team, or if this one has to ride with this one.”

Hamlet then asked, “Does every child get to play?”

“Yes, 19 and under, the coach pitch, and tee ball, no child sits on the bench. If they sit on the bench, it’s because they don’t want to be out there and they choose not to go on the field. Every child bats, every child plays, every inning.”

Hamlett also asked about the travel teams and Edward’s pointed out that the city has nothing to do with travel teams. Mayor Smith inquired as to why he had received calls from parents about missing uniforms and Edwards explained that the vendor was late on the delivery.

Hamlett then asked, “Why did at 8:45 on a school night, did a game start,” Edwards replied that it was the first night of games and everything was running behind. Normally the games start at 6:00, 7:00, and 8:00.

Mayor Smith stated “I have also been receiving some complaints. Obviously, we can’t work it out here, in this situation, but maybe we need to form a committee or such to say and get back to it somewhere down the road.”

Smith asked, “Do you need any help Page.”

“No. Me and the guys got it covered,” replied Edwards.

Smiths replied, “Well I hope that’s the case and I don’t get any more calls, cause I’ve got quite a few.”