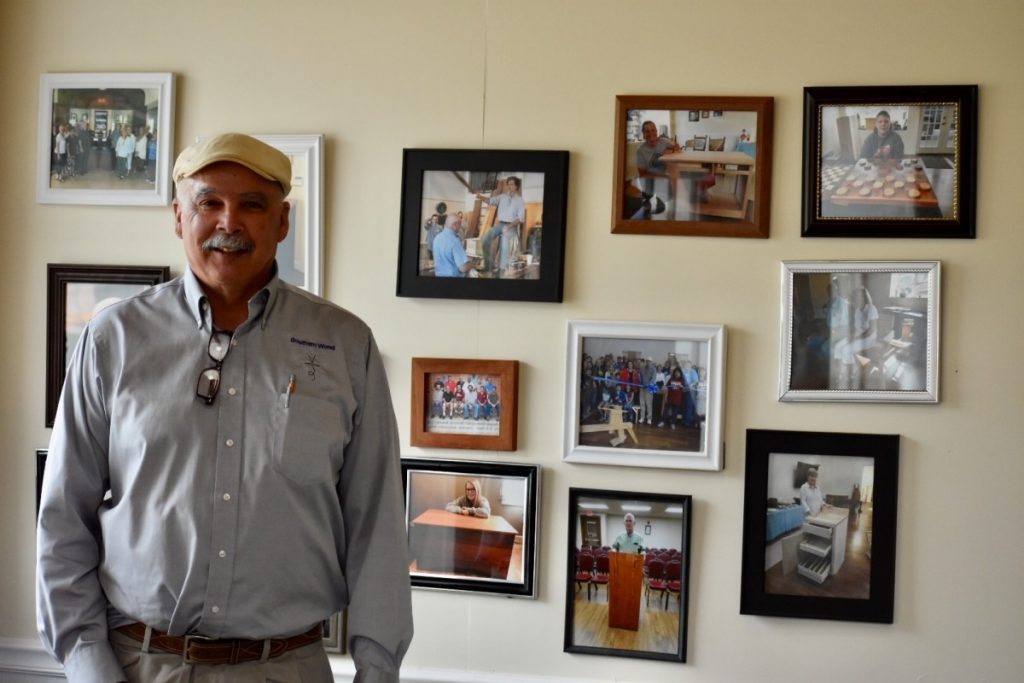 Ron Underwood stands before the wall of photos of his memorable experiences in Summer Shade.

In southern Metcalfe County on KY Highway 90, nestled between Edmonton, Tompkinsville and Burkesville is a tiny hamlet of Summer Shade, known for its charming summer-esque name.

Like many small towns in rural counties, Summer Shade has a decline of local businesses and commerce over the past decade.

However, the tide is turning and Summer Shade is seeing a revival of sorts thanks to Ron Underwood and his friends in the community, who are now seeking a grant with the help of BRADD.

“We want to install streetlights, sidewalks and a pocket park in the wooded area,” Underwood said. 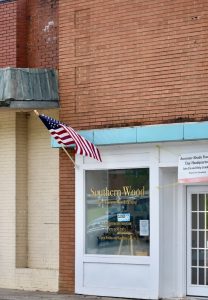 Although Summer Shade is near and dear to Ron’s heart, he is not a native. Last year, after refurbished the old bank building, he opened Southern Wood in conjunction with the First Annual Summer Shade Founders Day.

His business Southern Wood has been such an inspiration to people, including the artists who display and sell their work there, he is expanding on the idea.

He has now purchased the building next door. Laurie Butler plans to put an arts and crafts business in part of the building.

“I am creating a blank canvas for someone to work with,” Underwood said. “I hope to make a bed and breakfast upstairs.”

“I hope Summer Shade can become something like Berea, a place for artists,” he said. 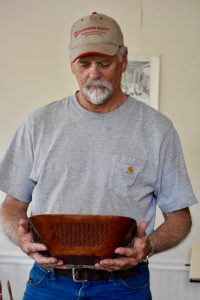 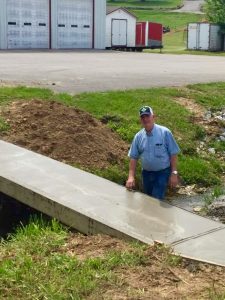 Judge/ Executive Harold Stilts by the new bridge leading to the fire department.

His friend and fellow woodworker who lives in Beaumont, Jon Witty, agrees.

Like Underwood, Witty was not born and raised in Summer Shade but Witty has deep roots here.

“This feels more like home than anywhere ever has before,” Witty said.

Witty first discovered his southern roots in 1994. He was living in Indiana working as a lineman for the electric company and was sent to help with the aftermath of the ice storm.

“My father grew up in Monroe County,” he said. As fate would have it, Witty’s ancestors Joseph and Ezekiel Witty were founders of Summer Shade.

From there, his interest grew and he moved to Metcalfe County. As an artist who makes intricate carved wooden bowls, his work is a perfect fit for Underwood’s store.

This year, yet another new business will open in Summer Shade. Dale Estes, along with his girlfriend Chris, will open a two-fold business in the old sewing factory that sits down the road a bit from Southern Woods.

The ribbon cutting for the Antique Store and Recycling Center will be at 10 a.m. on Saturday, May 11th, in conjunction with the second annual Founders’ day.

“We wanted to do something local,” Estes said.

”We will have free hotdogs and T-shirts, first come first serve. We will also have cash card giveaways,” Estes said.

For more information on the development of the story, and the outcome of the grant, read the Edmonton-Herald News. 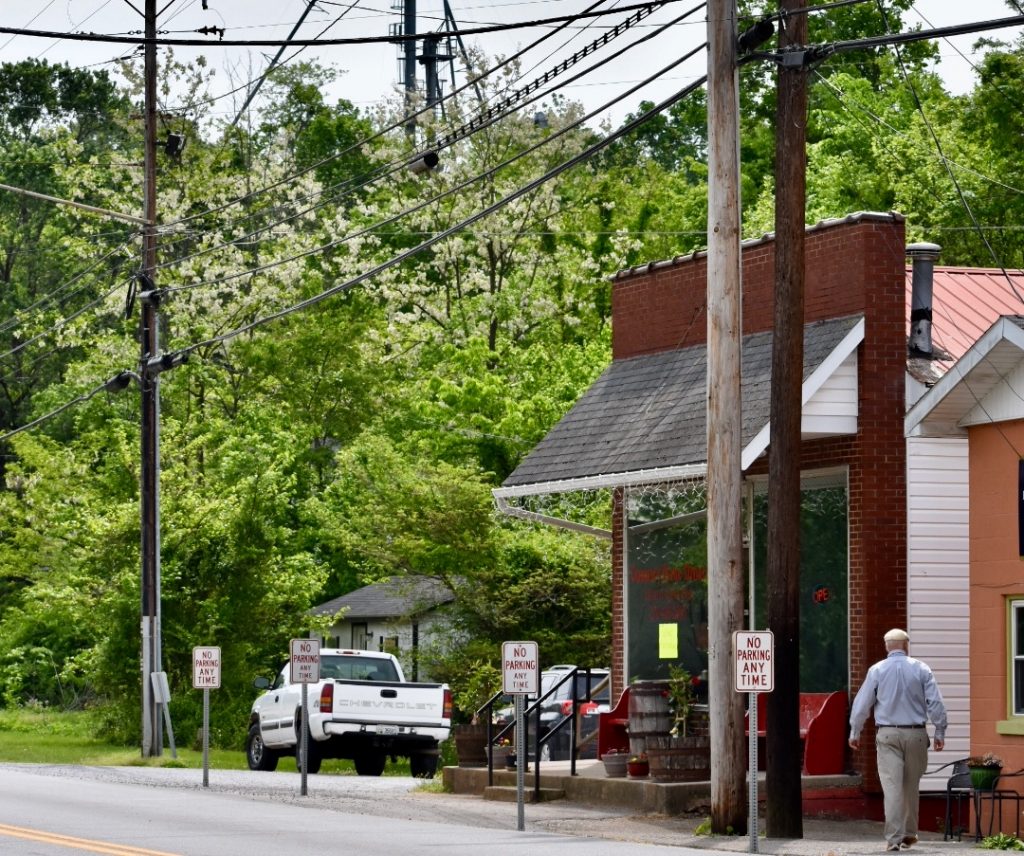 The main drag of Summer Shade is taking on a look of yesteryear as the buildings are being refurbished.