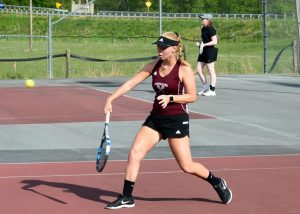 Gallagher #1 and Deckard #2 in singles; Coleman and Devore doubles champs

The Metcalfe Lady Hornets are coached by Kandis Gallagher.

The Lady Hornets and their coach dedicated the season to the memory of Russell Estes. Estes was a long-time assistant coach and well-known member of the community and tennis enthusiasts. At the beginning of the season, the courts located in Edmonton were christened the Russell Estes Tennis Courts (located at Bowling Park) to honor Estes for his coaching, mentorship, and support of the sport of tennis in the Metcalfe community. He was also recognized for his years of service as an assistant coach under Gallagher at MCHS and the many young players in the area that he helped introduce and train in the fundamentals of tennis.

In a phone interview earlier this season, Coach Gallagher said Estes took his time with each new addition to the team to teach them the basics of tennis including behavior on and off the court. Gallagher described Estes as a “character,” who could be funny and stern while always encouraging the players to develop a love for a game they could play competitively in high school and beyond for the rest of their lives.

Coach Gallagher said Estes influenced her daughter to start playing tennis when she was seven or eight years old. It was a relationship and bond that had been an integral part of the Gallagher family and Metcalfe County tennis until Estes passed away unexpectedly in February, just before his 81st birthday.

At first, Coach Gallagher said she did not know what she was going to do without Estes at her side since he had been with her since she accepted the coaching job after making sure he was willing to “help her” as the Lady Hornet head coach.

Coach Gallagher said she knew “about tennis and how to play” but Estes could “teach” the players. She said it was a perfect match of their talents and one that worked good for her, her daughter and the team. “Coach Estes will be missed, and the team has decided to dedicate this season to his memory,” she added at the time of the interview.

Coach Gallagher said Estes was well-known in the area because of his love for tennis.

“Russell is the reason why she (Konnor) is playing tennis and he is he is the reason why I accepted the coaching position,” the coach said. “All the girls who are playing this season worked with him. They all have special memories with him and will miss him.”

Coach Gallagher expressed the joy that she and the team had that he knew the courts were going to be renamed in his honor even if he died before the actual ceremony. “He knew that they were going to be dedicated to him,” she said. “He saw the sign and he was very happy about it.”

She said that Estes was a hard worker that led by example and that the influence he had on her daughter and the team was always present. “Coach Russell will long be remembered,” she added.

Metcalfe County’s Tyler London won his match against Gavin Hale on the No. 1 singles court 6-1, 6-2.

Metcalfe County’s No. 1 doubles team, London and Pemberton, won their match against Hale and Turner 6-1, 6-0. 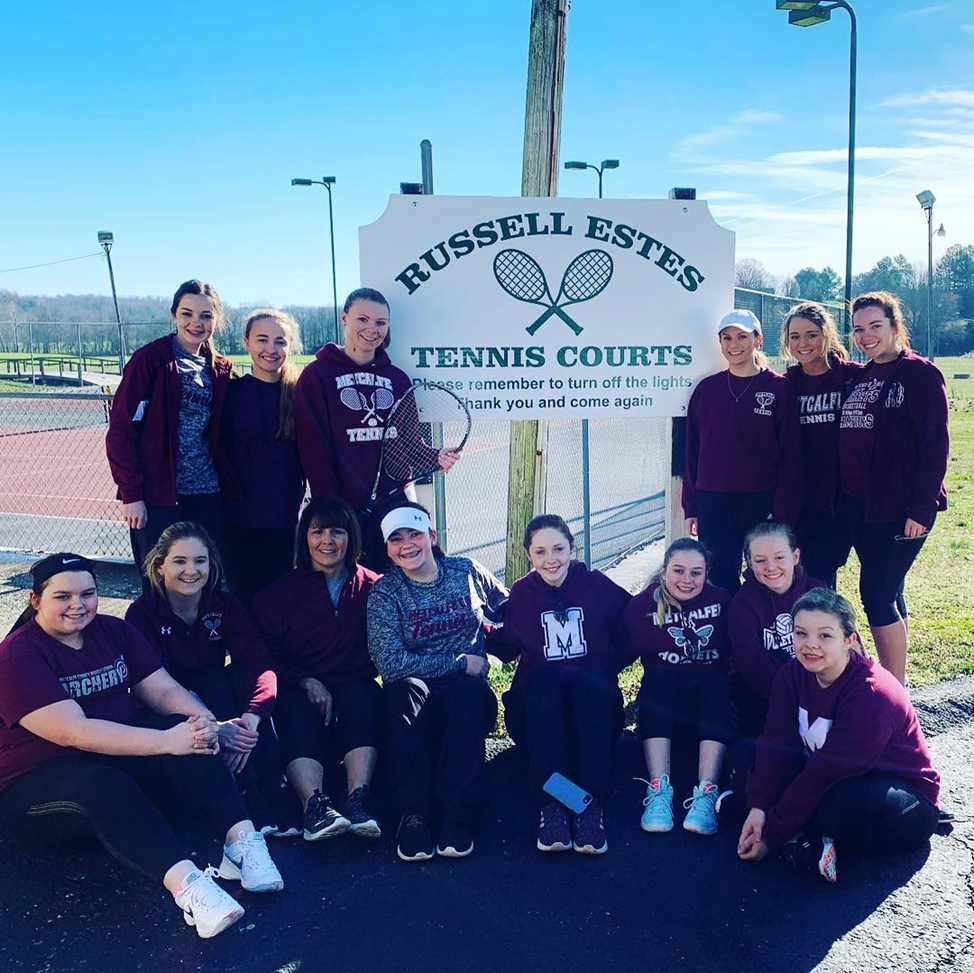 The 2019 Lady Hornet tennis team posing proudly in front of the newly named “Russell Estes Tennis Courts.” The courts (located at Bowling Park) honored Estes for his coaching, mentorship, and support of the sport of tennis in the Metcalfe community and at the high school. 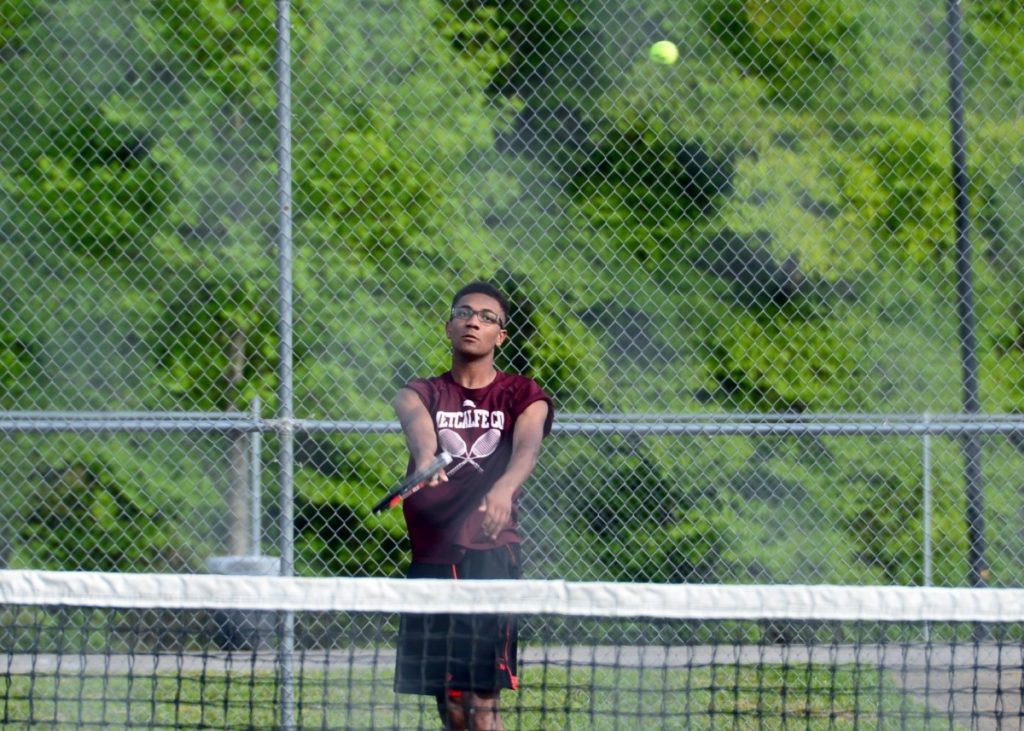 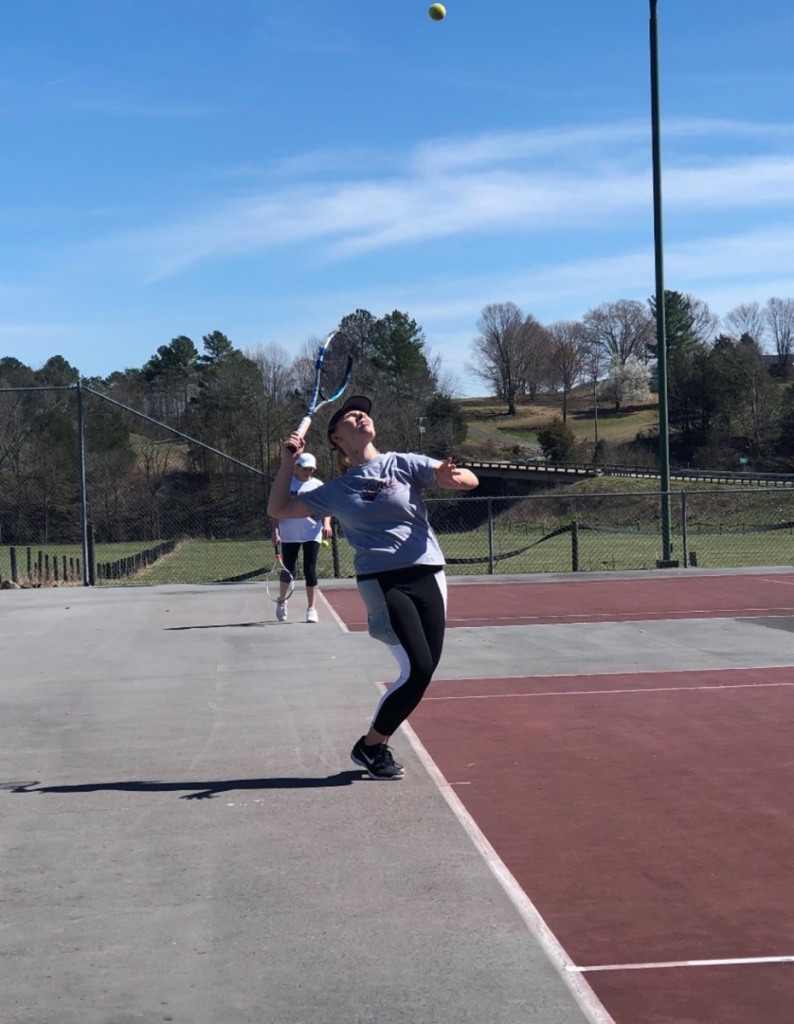 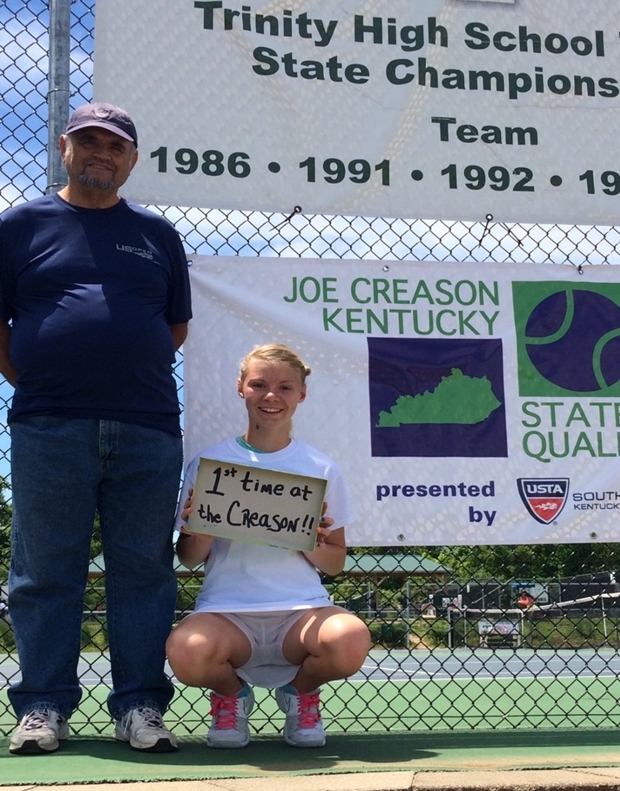