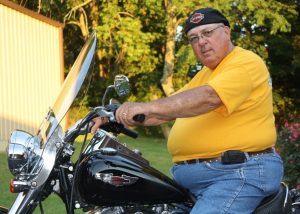 EDMONTON – Danny Dale Poynter, age 71, passed away Sunday, April 21, 2019, at T.J. Samson Community Hospital in Glasgow. He was the son of the late Vernon Bud and Arcola Fields Poynter. Danny was a retired dispatcher from Southern States Coop and a member of the Pink Ridge Baptist Church.

Besides his parents, he was preceded in death by a son, Jeffrey, a daughter Valarie Nicole, and two brothers, Lanny and Roger Poynter.