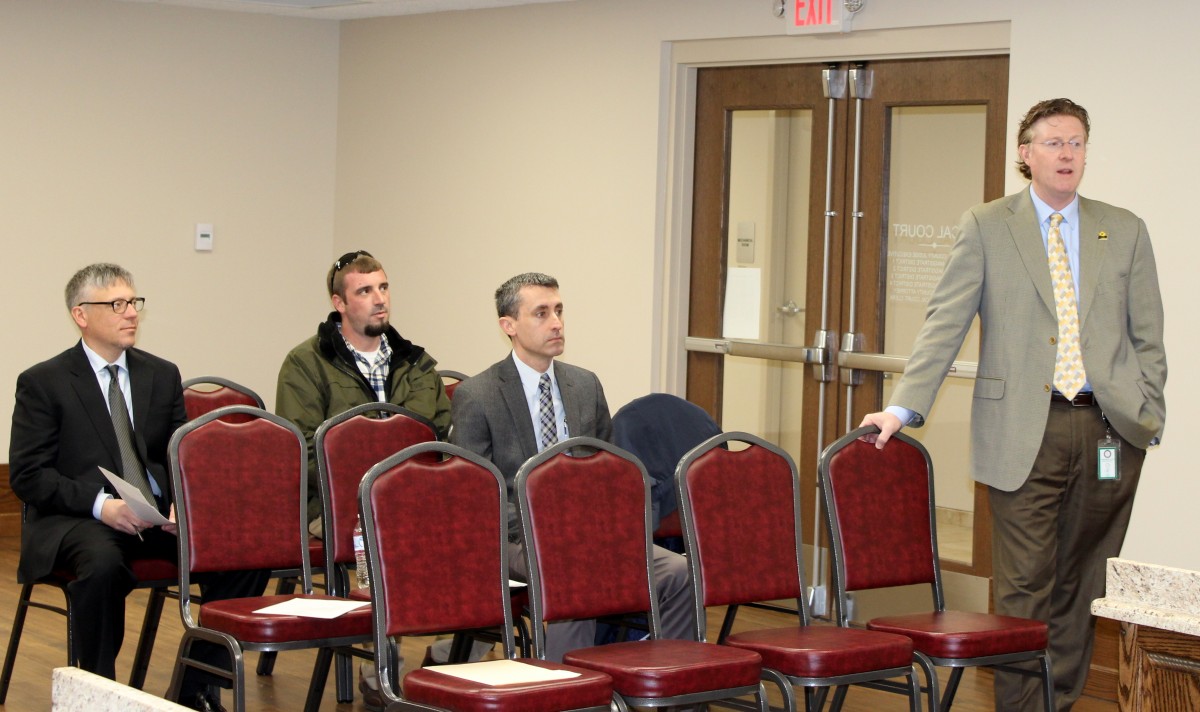 It was a busy fiscal court meeting Tuesday, March 12 with representatives of the Kentucky Transportation Cabinet leadership in attendance. They were there as part of a statewide listening tour to gather information from local officials about the needs of the roads in the county.

Paul Looney Deputy Secretary with the KY Transportation Cabinet (KYTC ) explained that of the 8,000 miles of roads in the state of Kentucky, KYTC only maintains around 2,800 miles of those, “That leaves a significant balance for you all in the counties and cities to maintain.” By talking with local officials, “We can best leverage the limited funds that are available to address all the roadways.”

KYTC Chief District 3 Engineer Joe Plunk noted that he would return in a couple of weeks to present the annual rural secondary roads reports. He presented a project update on the bridges in Metcalfe County involved in the ‘Bridge in Kentucky Program.’

The bridge on Highway 496 has been completed all but a bit of roadway work due to take place when the asphalt plants open up for the year. The Rogers Creek Bridge will be wrapping up this year but will have a 4-5 day detour when the final tie in is done.

Magistrate Kenny Scott asked Plunk if the bank at the toll plaza can be cut down to allow a better line of sight for drivers when the toll plaza building is demolished.

“I’m afraid I don’t have a good answer for you just yet if that can be done during this year. It is something we will look into if we have the resources and there aren’t any utilities,” answered Plunk.

Judge/Executive Harold Stilts stated, “I think one thing we spoke to you about in our meeting last time was realigning 68-80 intersection down where the y is. Realigning it at some point in time.” Plunk agreed that it is also in the future plans.

The court approved a proclamation for March as Severe Weather Awareness Month. EMS Director Emory Kidd handed out cards to promote the sign up of cell phones on the Alert Sense app to get weather alerts and reverse 911 notifications. Currently, there are about 2,500 cell phones in the county signed up and emergency services would like to increase that number for emergency notifications.

Kidd then presented a FEMA update. “The state has done a disaster declaration, they are somewhere around $30 million right now. Metcalfe County the damage assessment initial we turned in is gonna be somewhere around $600,000 and that’s gonna go up. We’ve added another bridge since that figure went in…Big Meadow Road, I know that blacktop is buckling.”

The road department is doing damage assessment using their personal phones and Kidd asked if those seven employees could receive a reimbursement of $10 on their phone bill. This would only be for designated damage assessment times. “It takes about 2 ½ hard days for them to get over all the roads in the county,” noted Kidd.

The court approved the request.

Lynn Lutz was on hand representing the Metcalfe County Sheriff’s office with the 2018 settlement. Lutz presented the fiscal court with two checks. The first being for excess fees received in the amount of $59,993.73. The second for $4,705 which is per House Bill 577. The fee for serving any paper whether it be civil, small claims, or other is $50. The fiscal court receives $10 of each $50 fee.

The court approved the proposed 2019 budget for the Metcalfe County Jailer of $268,400. This amount is $3,500 over last year’s budget mostly due to the pension increases.

No action was taken on the questions concerning the Golden Years Adult Day Care lease which was approved in January due to no response from the owner. It will be rescheduled at a later date. 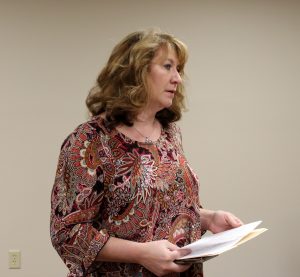