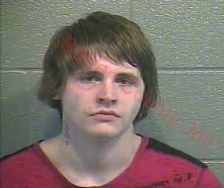 In a statement released by the Edmonton Police Department, an arrest was made on March 12, 2019, in connection to the burglaries which have occurred in the last couple of weeks at several Edmonton businesses.

Austin Ray Grimes, age 23, of Edmonton, was arrested and charged with burglary in the 3rd degree, theft by unlawful taking from a building under $500, and criminal trespassing 1st degree. He was lodged in the Barren County Detention Center.

Officers were able to obtain confessions for several other burglaries in the Edmonton area along with some within the county and will be taking 7 other burglary cases to the Grand Jury for possible indictment.