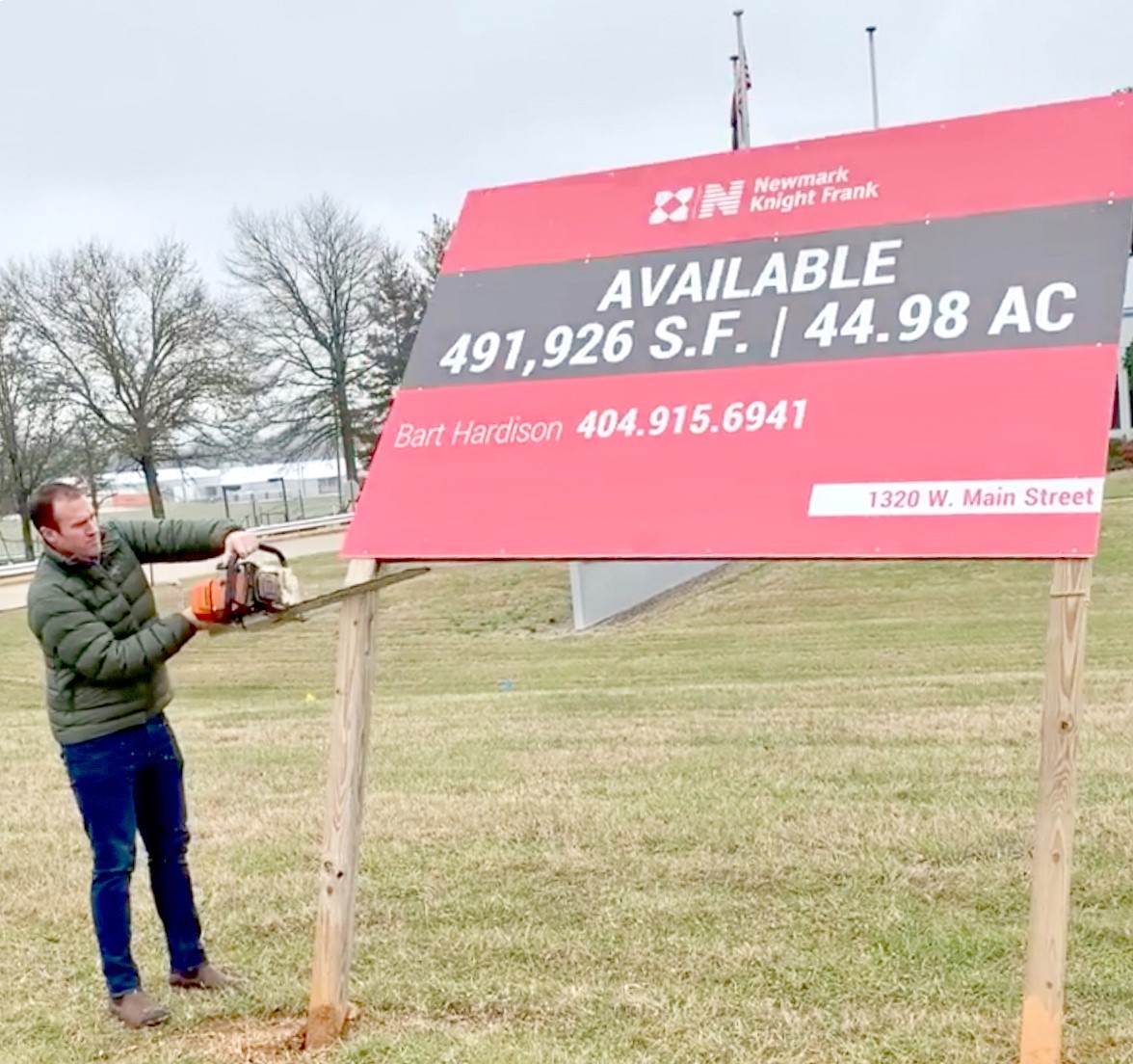 Trent Jones, son of Mike Jones is pretty eager to get the sign down and get to work filling the Dana property with new business.

GLASGOW, Ky. — The Dana Inc. plant property has a new owner, K and M Services.  Owners Kenneth Whitworth and Mike Jones see the 491,000 sq. ft. facility as a tremendous investment opportunity and they are ready to make it happen.

The men have a history of starting and growing industry.  Whitworth started a company in Breckinridge County called Whitworth Tool and it now employs up to 200 people.  The Kenneth Whitworth and Mike Jones partnership is one with the men owning several companies and now the old Dana property in Glasgow will be their newest venture.

They own a company named Worldwide Technologies that was established in 2006 and is currently located in Franklin, Kentucky.  The Franklin operation is housed inside two buildings, one 51,000-square-foot and another 15,000-square-foot commercial facility.  They were originally in Bowling Green but moved to Franklin in 2008.  Jones said, “We do high volume production machining for the heavy duty truck market and we also do parts for major manufacturing companies.”  “This company has grown from just five employees to about 100 at this time,” he added.

Another business they own is Premium Services.

They started this company in 2008 originally in Glasgow on a very small scale but quickly moved to Franklin.  Premium Services is a quality inspection service housed in a 23,000-square-foot facility that they acquired in October of 2018.  This company is transitioning and growing from hand inspections to more automated inspections.  Jones said in this business they employ 60-65 people.

K and M Services does business as Ahead Staffing.  This business has an office on the square in Glasgow, one in Bowling Green and is a staffing company for light industrials.  They staff companies in Bowling Green, Glasgow, Horse Cave, an 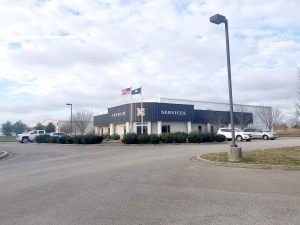 K and M sees this recent Glasgow purchase as an investment.  When he was asked for specifics, Jones said, “We have a business planned to go into this property at this time in the 3rd quarter and our ultimate goal is to market this building in a manner to attract industry that can bring jobs to this community.”

Jones isn’t a stranger to Dana or Barren County. He is a 1973 graduate of Park City High school and now lives in the Colesbend area of Barren County and actually worked at the facility back in 1976.

Jones said that he and his partner just thought the building was a good business opportunity, they ran the numbers and felt they could do something with it to grow their businesses.  He spoke of conversations and meetings with now Mayor Harold Armstrong and Judge-Executive Micheal Hale.

He said these men have been to Franklin to see our operations there and that he has been working on this project for about six to eight months.

Mayor Armstrong said, “I met these fellas almost a year ago through a mutual friend (Greg Scott) and did all I could to help get that building occupied.   We need it to house 500 employees and I think entrepreneurs like this can make it happen.”   Judge-Executive Hale feels cooperation is key, he said, “I am very excited about the partnership with the new owners.  This is an example of what can happen when our city and county works together. We have so much opportunity here for a large industry and/or being used as an incubator for several small ones.  Either way, Barren County is open for business.”

Jones indicated a sincere feeling of wanting to help coming from Secretary David Dickerson as well.  He said, “We had some EPA questions about this building so I called Secretary Dickerson and literally within 15 minutes I got a call from Secretary Snavely with the answers.”

Secretary Dickerson said, “I’m very pleased that Whitworth and Jones have taken this exciting step forward in the New Era of industrial development during the Bevin Administration. It is my great hope that Barren County will benefit tremendously from the vision and entrepreneurial spirit of these men. With decisions like this one, Barren County takes a positive step forward to become part of helping Kentucky become the American Center of engineering and manufacturing excellence.”

Jones was asked to name the members of the Industrial Development Economic Authority / IDEA that may have come to see him or offered to help make this project become a reality and he said, “none of them.”