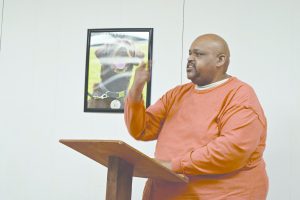 The Horse Cave City Council met in regular session on Monday, March 11 with all city council members in attendance.

Citizen Concerns
Ricky Woodard acknowledged the Horse Cave City Council with his concern regarding interim Horse Cave Police Chief David Graves. Woodard accused Chief Graves of drinking on the clock and stressed to the council that action needed to be taken to avoid any further tarnish upon the City of Horse Cave and the city’s police department. In regards to the concern, council member David Lindsey asked city attorney Pat Ross what steps a citizen must take to bring about a specific charge against a police officer. Ross stated that to make a charge, a citizen must issue the complaint in writing and swear that the contents of the writing are true. The written complaint then must be notarized and filed with the clerk. Council member Vickie Rogers questioned Mayor Curry if Woodard’s complaint was the only one he had received in regards to Graves. Mayor Curry said that this complaint against interim Police Chief Graves was not the first the city had received and that he and Ross were “looking into things” at the moment. Ross added that policemen have a different job protection than anyone else that works for the city and that discipline, suspension, or termination of a police officer must be carried out according to specific procedures. One of the procedures, as Ross explained, is the complaint in writing, notarization of the writing, and submission to the clerk before the mayor can act upon the complaint. Rogers continued her questions of concern, asking if the prior complaints that Mayor Curry had received about Graves were submitted in writing. Mayor Curry stated that he had previously received complaints in writing about Graves and that he had passed those complaints along to Ross. Mayor Curry continued to explain that he and Ross are taking steps to ensure that the correct actions are taken. Rogers asked if any of the prior complaints made in writing directly accused Graves of drinking while on duty and operating a city police car. No direct answer to her question was given by Mayor Curry or city attorney Ross other than stating, once again, that the accusations were being looked into.

Recreational Trails Program Grant
Mayor Randall Curry explained that the city is currently taking steps to reapply for the Recreational Trails Program grant. A resolution was presented that proposed to develop recreational resources by applying for the Recreational Trails Program grant. The grant is limited to funding 80% of the project costs. Under the this resolution, the City of Horse Cave would be responsible for holding 20% of the project cost in reserve. The 20% that the city would need to hold in reserve equates to approximately $30,500. This reserve does not mean that the city is required to contribute that amount to the program, but that this contribution is a possibility. The resolution was unanimously approved by the council. If the city receives the grant, a proposed project will construct the City of Horse Cave Sunset Dome Walking Trail. The walking trail, trail side, and trail head facilities would be located at 100 Church St., Horse Cave. The proposed trail is ½ mile long by 5 ft. wide and would be made of an exposed aggregate trail. The city would also plan to add 6 wood benches, a parking lot, and trail signs.

Mayor’s Report
Mayor Curry announced that the Community Easter Egg Hunt will be held April 20 on the Owens Hotel property. The egg hunt is sponsored by the city of Horse Cave and various churches within the community. A ribbon cutting will also be held on March 15 at the Medical Center at Caverna, Rural Clinic, to recognize the opening of the chemotherapy clinic. Mayor Curry also requested that an executive session involving litigation against the city occur at the end of the council meeting, and at that time it was required that the city council members and clerks go into a closed session.

Treasurer’s Report
Treasurer Annette Brown reported no significant change in the city’s budget, as everything is on track. Brown said that she was observing a few items, but nothing extreme that would impact the budget. She did point out that when making the monthly budget, the council at the time was not aware that Hidden River Cave would receive the grant to have the swinging bridge added. Since the cave is operating under the city’s tax number, the bridge addition had to run through the city budget.

Public Works
Byron Logsdon stated that 4 graves were opened and closed, 4 citizen assist calls were made, and 2 dogs were picked up.