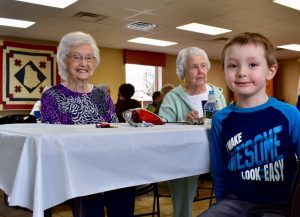 Lucas Trent attended the Homemaker’s Soup Luncheon with his great-grandmother so he could sample some of his grandmother’s soup.

Last Thursday many from the community came out on a cold day for a warm bowl of soup and the trimmings at the Homemaker’s Soup Luncheon.

The event has become a popular fundraiser held each winter.

Although attendance was down a bit in comparison to recent years, an ample amount of money was still raised.

“The soup lunch brought in 650.00 and all of those proceeds, 100%, will be donated along with $1.00 per member from their annual 8.00 Homemaker dues, to support the ongoing ovarian cancer research and screening project,” said Lynn Blankenship, Family, and Consumer Science Agent. 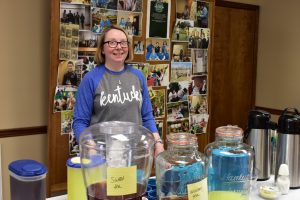 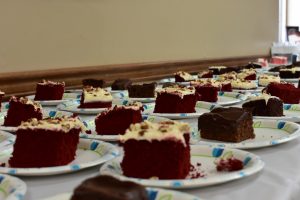 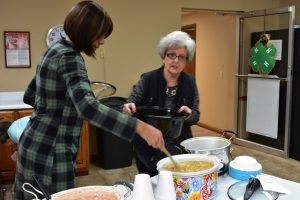