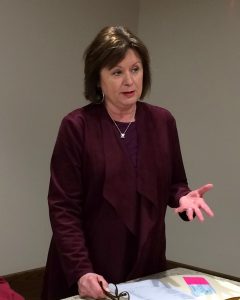 The Tuesday, February 26th meeting of the Metcalfe County Fiscal Court began on a pleasant note as Metcalfe County Clerk Carol E. Chaney presented a check for $53,861 in excess fees for the 2018 Final Settlement. Chaney reported a receipt total of $1,863,247.53 and disbursements totaling $1,809,386.53. The remaining balance of $53,861 was accepted by the fiscal court.

The fiscal court unanimously agreed to the purchase of two vehicles for the Sheriff’s Department. Judge/Executive Harold Stilts explained the situation, “We talked to [Sheriff] Ricky Brooks last week about needing vehicles. He had found a couple on state bid price for $28,000. Ford Explorers with the police package and everything on em.”

Brooks asked the fiscal court to allow him to get a loan at the bank to buy the two needed vehicles and put them in next year’s budget at a loan rate of 4.24%. One vehicle is currently in stock and should be received in the next couple of weeks, the second had already sold, and it could take up to eight months to find another.

Magistrate Kevin Crain asked about the Enterprise Fleet option that was presented at the last meeting in connection to purchasing county vehicles. Stilts explained that no further discussion with Enterprise had occurred. They could not guarantee a good sale price on the used county vehicles.

Next Treasurer Vickie Stephens presented the amounts for the Ambulance Fund Certificate of Deposit. As of February 14, 2019, the interest amount of $809.55 was added to the account bringing the balance to $378,665.71.

The FEMA Presentation scheduled to be given by Emergency Management Services Director Emory Kidd will be rescheduled to a later date. Due to the huge amount of water damage in the county, Kidd was needed on site to access damage in various location to report to FEMA.

Magistrate Kenny Scott stated that Road Supervisor Bobby Bunch has requested a laptop and printer to use when documenting (photos) road damage for FEMA reporting. The request was approved.

Chaney inquired as to the status of the Moore Springs Flat Rock voting precinct building which was seriously damaged earlier this year by a vehicle. Stilts advised that after checking into other options, the plan is to tear down the remaining damaged structure and rebuild as soon as weather permits.