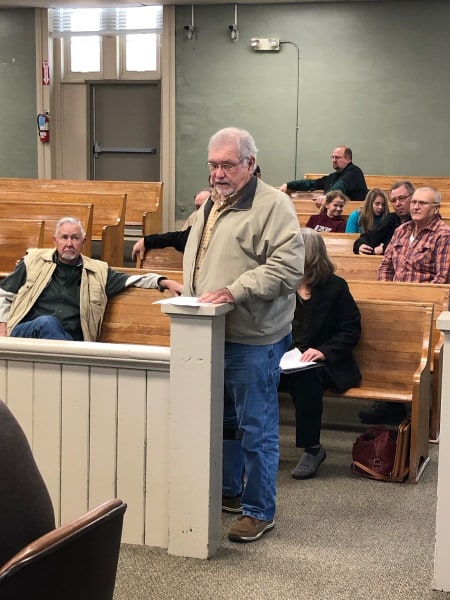 Edmonson’s Fiscal Court had a few visitors at the last fiscal court meeting.  Gray Tomlin, Mark Welch, Wes Watt, Heath Crawford, Joe Plunk, and Clifton Hurley, members of the Kentucky Transportation Cabinet attended the meeting.  They were seeking input and recommendations on their roads to find areas which needed immediate attention.  Several magistrates offered roads in their districts that need repair or attention.  Some being in the Sunfish and Ollie areas.

The Edmonson County Conservation District was also on hand to request for additional funding to continue some of their services such as dead animal burial or removal reimbursement, soil testing reimbursement,  tree seedling program, Conservation Art and Writing programs , and enviroscape demonstrations.  Some programs they hope to incorporate with the ones they do now are rain barrel workshops, cover crop programs for home gardens, and equipment rental assistance.  The Kentucky Revised Statues for Funding Conservation Districts: KRS 262.000 says that Conservation Districts shall be funded two ways.   Either by funding from the fiscal court general fund, or by the levy of a tax on real estate value.  They currently receive $19,800 annually from the Fiscal Court General Fund and would need a larger contribution or implement the tax to continue to operate.  This would mean county residents property tax would rise.  The voting for this tax will be next fiscal court meeting.

County Road Foreman Ray Page is retiring after 26 years with the county.  Greg Carroll has been appointed Interim Road Supervisor while the county advertises for the position.

In road report given by Greg Carroll, stated that multiple bridges were under water currently due to extreme amount of rain.  The ditcher tractor is finishing up in District 5 and will be finished for the year upon completion.  Next the road crew will begin patching potholes.

Jailer Hank Vincent reported 17 inmates and 2 on home incarceration.  Also,  one ER visit.  County Clerk Report was given by Deputy Clerk, Jason Alexander who stated that their office had received new electronic scanners for polling and were preparing for the month of March which is the month of farm tag renewals.  It is one of their busiest months.

The next fiscal Court meeting will be March 11, 2019 at 9:00 a.m. in upstairs courtroom at the Brownsville courthouse.