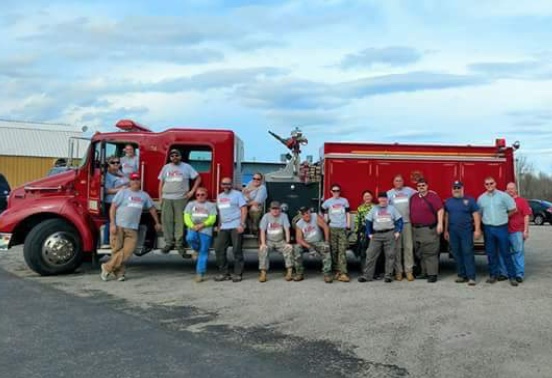 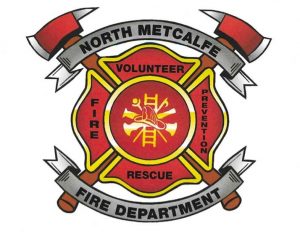 He has helped his home county in many ways including, but perhaps the most well-known is his service with the North Metcalfe Volunteer Fire And Rescue.

“I’ve been with the North Metcalfe Volunteers for five years now,” said Edwards.

“It’s very satisfying to help serve the community this way. The Lord said to serve others and I enjoy helping others do something they can’t do for themselves.”

The past five years were not, however, Edwards’ first stint as a volunteer firefighter.

When he was just a high school freshman at MCHS he joined the Volunteer firefighters.

“We were allowed to join, and we carried a pager with us in the classroom and if he pager went off we were allowed to leave. It just took one of us who had a license and we’d all ride together to the firehouse,” he said.

Edwards admits that back then, as a teenager, he didn’t grasp the magnitude or importance of volunteering.

“I don’t think we realized we were helping people. We didn’t really understand what it meant to be a volunteer. There was a lot of excitement and adrenaline and we liked the excitement. I guess we were just looking for something to do,” he said.

He continues to volunteer until 1986.

“After high school, I kept volunteering with the Edmonton department for two years, but it took me 15 minutes to get from Sulphur Well and it wasn’t as practical as it has been when I was in Edmonton for school every day,” he said.

Now that Edwards is with the North Metcalfe Fire and Rescue, he has had many hours of training. Not only does he like helping others, but he loves the people he volunteers with.

“I would not trust my life with anyone but family, and they have become family. We work together very closely, we train together and they aren’t just friends when we’re at the firehouse, we are friends all the time,” he said.

For those who are interested but haven’t served as a volunteer firefighter to do so.

“There is so much more involved than people realize. There is so much sacrifice. You have to volunteer 150 hours before you can even be called a firefighter, and each person needs 500-600 hours of training,” he said.

And it’s not all fighting fires. In fact, of approximately 320 runs in a year, less than 5 percent are fires.

They go to every medical call, every wreck, every wreck on the parkway, and aid the other departments in the county and surrounding counties as needed.

“The majority of what we are called out for are medical runs,” Edwards said.

“We get there ahead of the ambulance if it’s in our end of the county. That allowed us to assess a situation so that paramedics know what they are walking into,” he said.

In addition to helping people in times of emergency and crisis, the volunteers must fill out paperwork, hold fundraisers to keep the department financially afloat, and clean and maintain the trucks, suits, and equipment.

In other words, it is a dedicated full-time job.

It doesn’t pay, but it is very fulfilling.

“I have seen wrecks where you don’t expect anyone to walk away, and miraculously they do,” he said.

“Sometimes people complain because they think once we arrive the fire has destroyed most of a house, but they are at looking at the big picture. We are also there to save lives. And if we don’t stop a fire it might spread to a barn, a car, or a neighbor’s place.”

One of the events that still stands the most clear in Edwards’ mind happened during the early days of volunteering in the 80s.

“The explosion in Beaumont is one of the worst things I’ve ever seen,” he said.

The explosion was one of the first calls he responded to.

“I was in Louisville when the explosion happened, we were coming across the Ohio River and Louisville lit up that far away. I’ll never forget it.”

Once home he and his family learned there had been a big explosion and they needed all the help they could get; He gathered his gear and went to Beaumont.

“I rode the first fire truck down, it was hard to get close to the sight of the explosion because of the extreme heat,” he recollected.

“There were children involved. It was a lot of death. I’ll never forget it.”

Fortunately, many of the calls have happy endings.

“Just last week we got a call to a fire, it was a fully involved home fire in the Amish community. Sometimes they are so far out in the country it’s hard to contain, but we did. We contained it to one room. It saved the house and I was thankful.” 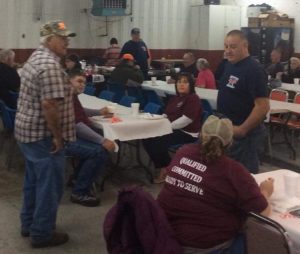 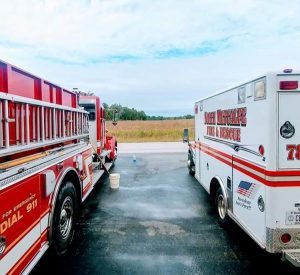