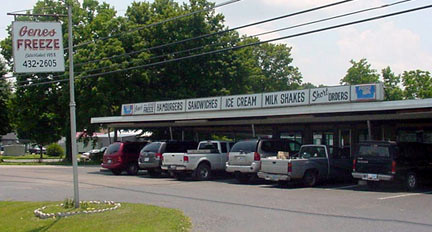 A photo of the new sign installed for the 60th anniversary in 2018. Photo/Chamber of Commerce

There is nothing like a good handmade milkshake on a hot summer afternoon and you can still get them in Edmonton at Gene’s Freeze.

Gene’s Freeze or ‘The Freeze’ as it is known locally was opened on August 31, 1958, by Gene and Geneva Wyatt, during the drive-in era; however, even today it remains a center of activity.

Back when it opened, carhops would take your order and deliver it to your vehicle. It had that real 50’s feel and was a major hang out for the teenagers.

The first job for many high school kids (male and female) was working at The Freeze and everyone seems to have a favorite story about the place. Later when speakers were installed to take orders, the carhops remained to do the deliveries.

In the early 1960s, as the drive-in craze faded, a dining room was added, but you can still sit outside if you like and there is even a good ole porch swing hanging just outside the door and a drive-thru window is still in use, in case you’re in a hurry. It’s a down-home neighborly feeling that you can’t get from a fast food restaurant like McDonald’s.

What was once ‘just outside of town’ surrounded by hay fields is now the busiest highway coming into Edmonton and surrounded by other businesses, but that hasn’t changed The Freeze. It’s still the best place to get a made to order burger, milkshake (even pineapple), or a handmade banana split.

They Wyatt’s added another attraction for the younger generation in 1964. Gene’s Skating Rink was build right behind The Freeze and soon became the place to be on Friday and Saturday nights. Many of the local musicians played at the rink during the ’60s and ’70s and it was then and still is a family place to go have some fun. The rink is open on Friday and Saturday nights from 7 – 9 p.m. and can be rented for private birthday parties.

Sadly, Gene and Geneva are both no longer with us, but The Freeze and skating rink are still family owned and operated by the Wyatt children. The Freeze is open Monday through Friday from 10 a.m. to 6 p.m. and their winter hours on Saturday are 10 a.m. to 2 p.m. 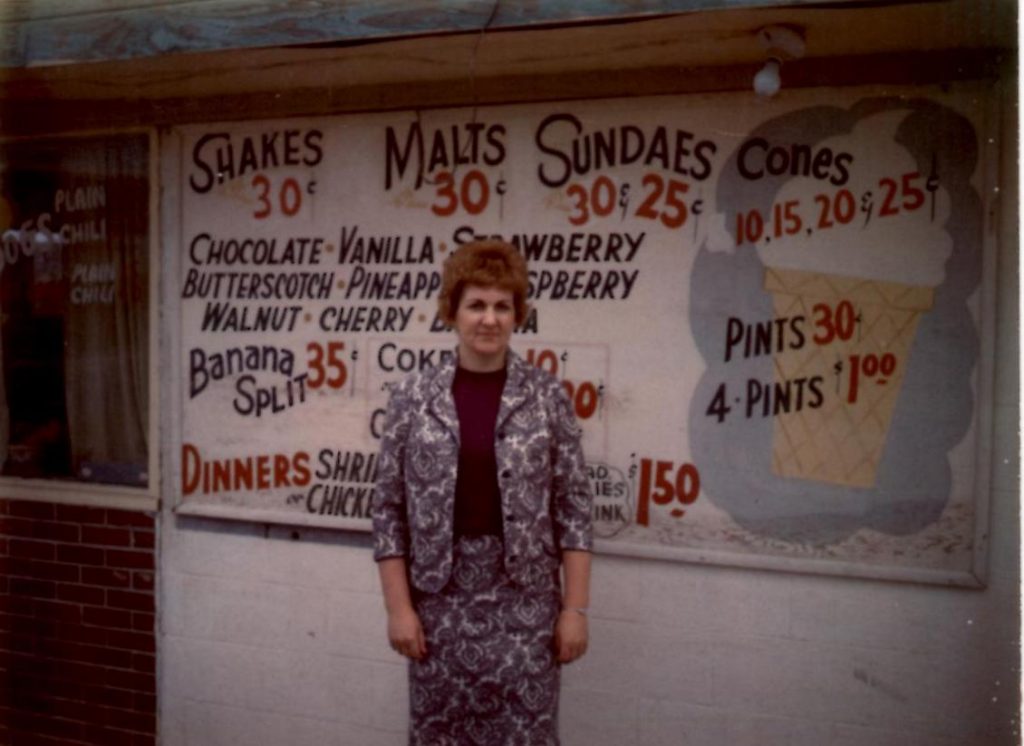 Geneva Wyatt outside The Freeze around the time they opened in 1958. Look at those prices! Photo/Wyatt Family 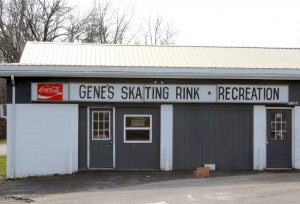 The skating rink is enjoyed by families every weekend. PJ Martin/The Herald-News 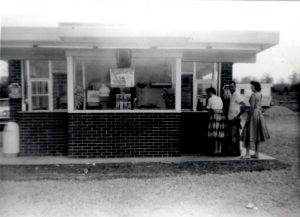