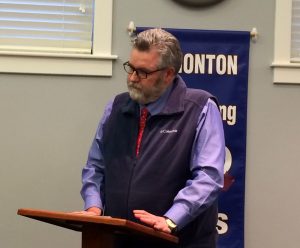 The Edmonton City Council met in a specially called meeting on February 19th to hear representatives of Taylor, Polson, and Company Certified Public Accountants present their audit summary for the fiscal year 2017-2018.

Carter went on to explain various points of the 70 + page audit and then asked if there were any questions about the material he had covered.

Council member Cathy Nunn asked “Do you see anything that we need to change or to improve? Do you have any suggestions?”

Carter replied, “Nothing directly here,” referring to the information he had gone over with the council. He did, however, have a variety of small items to suggest concerning the parks.

CPA Freddie Polson, who was also in attendance, asked the council if they had any questions about the Kentucky Pension liability. “It’s a big deal for the city and something you need to keep up to date on.”

Council member Curt Estes asked if the city would ever have to make a large payment on it. Carter replied, “The state doesn’t require the cities to make a big payment on it.”

The city council members in attendance voted to approve the audit as presented. Council members Teresa Hamlett and Austin Bragg were absent from the meeting. 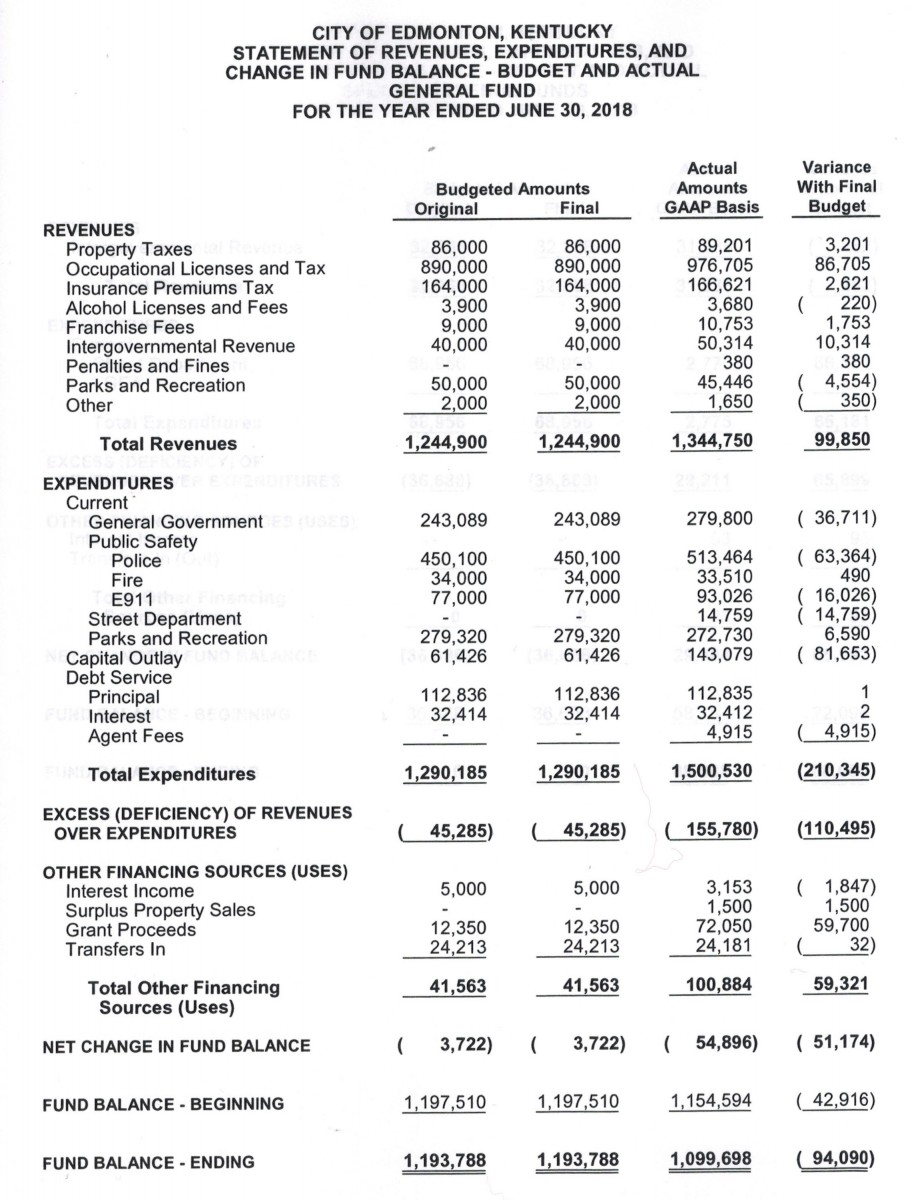