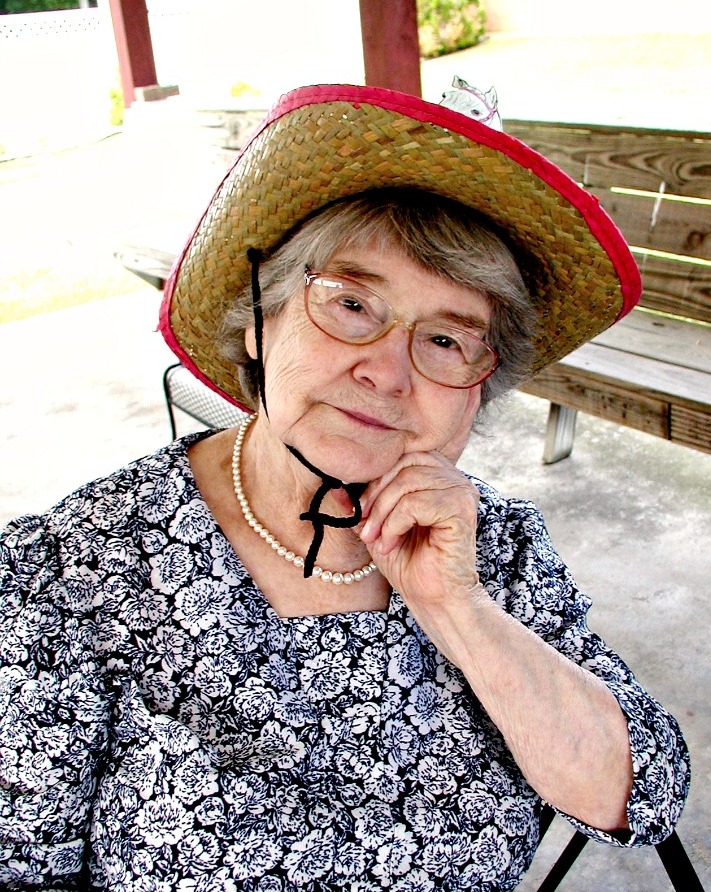 “I could tell you a lot of stories,” laughed Bedie Smith. Considering Ms. Bedie is 95 years young, she probably could.

Bedie is a resident at the Metcalfe Healthcare Center and is so well loved that many of the staff call her “Ma.” One staff member remarked that Bedie has adopted everyone that works there.

Born, Bedie Bell Jobe, she married Edgar Smith on July 6, 1942, at 19 years of age. He was 24. A few short weeks later they moved to Chicago, Illinois to find work. “There wasn’t any work around here at the time,” she explained. “You had to move.”

Both found jobs in a factory that she calls ‘The Cracker Jack Factory.’ Bedie explained how Edgar worked in the basement cooking the sugar that was transported over and put in the cracker jacks while she worked upstairs packing marshmallows by hand. “We could eat all the marshmallows we wanted!”

When asked if she ever ate enough marshmallows to get sick of them, she replied “no” and giggled just a bit.

“Every morning we would catch the streetcar and go to work. It was 7 cents there and 7 cents back.” She also recalls never having to lock the front door when they left for work.

After several years in Chicago, they saved enough money to buy a little place of their own back in Metcalfe County. They bought the Scott McFarland place near Cork for $6,000 and lived there for the next 50+ years.

Listening to her talk about their farm, you can tell she has many a happy memory of her and her husband, raising a big garden, milking cows, and later raising Black Angus cattle. She recalled that Edgar planted an orchard when they first moved in, “We had apple trees, peach trees, and other kinds too.”

Sadly, she lost her beloved husband Edgar in 2012 at the age of 94. “We liked one week being married 70 years.” The two spent several years together at MHCC before his passing.

According to Bedie, her biggest past time has been reading the Bible. “I’ve read the Bible through 4 or 5 times,” she proudly exclaims. Some of the staff got together and gave her a large print Bible as a gift, which she lovingly shows to everyone.

Another hobby, that she is quite well known for, is making beaded jewelry. She has made over 100 necklaces and several bracelets for the church which were taken to people in Honduras and Haiti. Over the years she has gifted her jewelry to the other residents, the staff, and about anyone she meets.

The years and an eye disease has claimed a lot of Bedie’s sight and she can no longer read and make her jewelry, but that hasn’t dimmed her lovable personality one bit.

When asked what she would like to say to anyone reading this article, Ms. Bedie replied, “Tell everyone to stop by and see me.” 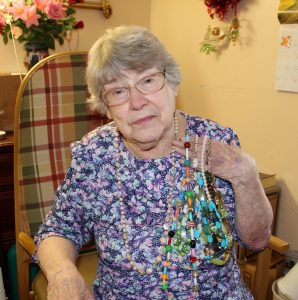 Ms. Bedie showing off just a few of the necklaces she has created. PJ Martin/The Herald-News 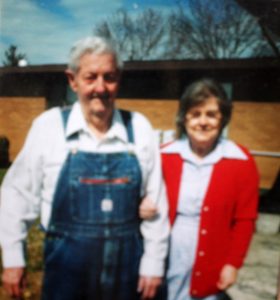 This photo of Edgar and Bedie is prominently displayed on a side table in Bedie’s room.