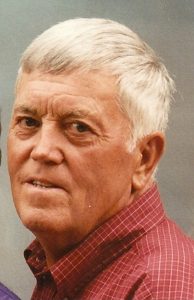 CENTER – James Depp “Jimmie” Pennington, age 84, passed away Saturday, February 23, 2019, at T.J. Samson Community Hospital in Glasgow. He was the son of the late Clifton and Lovie Matney Pennington. Jimmie was a farmer and a member of the Center Church of Christ.

Besides his parents, he was preceded in death by his wife, Joyce Richardson Pennington; a brother, Ray Morris Pennington; a sister in law, Francis Richardson; and a nephew Wayne Pennington.

Funeral services will be held 1:00 p.m. Wednesday, February 27, 2019, at Butler Funeral Home in Edmonton with burial in the Asbury-Center Cemetery. Visitation will be from 1:00 until 8:00 p.m. Tuesday and after 9:00 a.m. Wednesday at the funeral home.