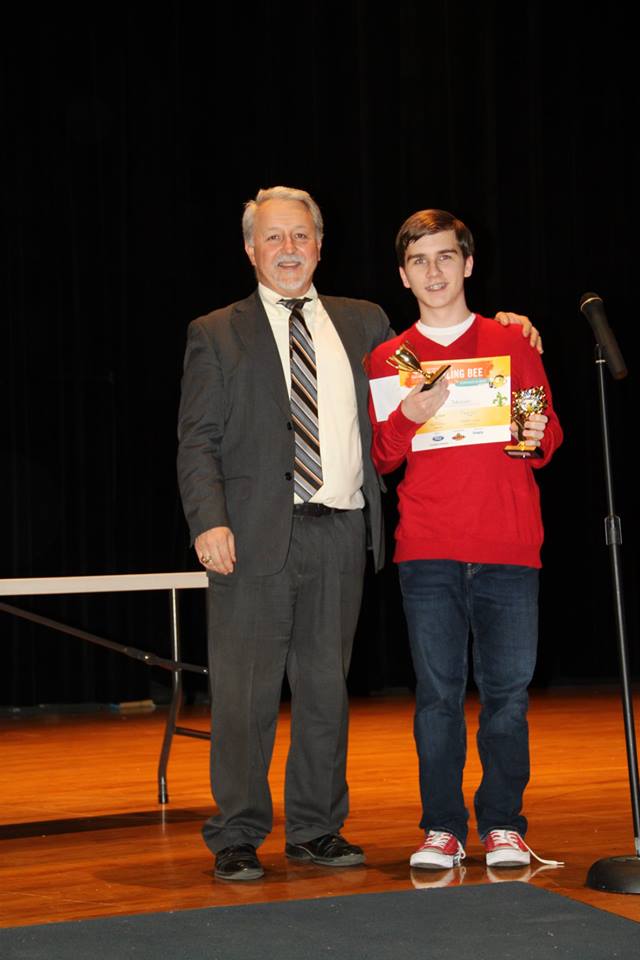 Edmonson County’s yearly district spelling bee was held on Feb. 5.  Brody Johnson was the eighth-grade winner and also awarded first place.  He will be competing at the state spelling bee in Louisville on March 16.  He received a trophy, $50 cash prize, and $100 to pay for expenses to the state competition.

Seventh-grader Preslee Hyman was the seventh-grade winner but could not attend due to illness.  The 5/6 Center winners were fifth grader Carriann Williams and sixth grader Olivia Madison who also was second place winner.  She received a trophy and $50 cash prize.  Lillie Webb from South Edmonson Elementary and Jasper Young from Kyrock were the elementary school winners.  The winning word was coward.