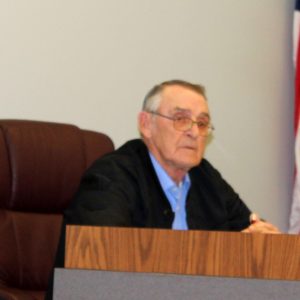 Council member Wayne Wilson cast the only no vote for the budget amendment. PJ Martin/The Herald-News

The Edmonton City Council held its February meeting last Monday with a discussion about the parking situation on the Edmonton square. Several complaints have been filed by businesses on the square concerning people parking their vehicles in front of their establishments and leaving them unattended for days at a time.

Council member Curt Estes spoke on behalf of the parking committee, “We’ve got 27 spaces from in front of Sharon’s [Howard] office up to Edmonton State Bank and we’re proposing to make one-hour parking right there.”

Estes emphasized, “This don’t effect on the courthouse side. Just on the side with the businesses.” The spaces are on the north and west sides only and will not affect factory parking. Estes also stated that if anyone had any better ideas, the committee would welcome them.

Council and parking committee member Teresa Hamlett asked, “Do you think that’s excessive, like one hour? Should it be two hours or one hour?”

Chief Delaney Wilson replied that a two-hour parking limit might be better because customers may have an appointment or need to wait at the drugstore.

After further debate, it was agreed that a two-hour parking limit will take effect immediately and three signs will be installed on each of the north and west sides of the square.

“We want to make sure that everybody understands that we are not trying to run anybody away that wants to come to the square,” explained Mayor Doug Smith adding that they are just trying to solve the problem.

The 2nd Reading of Ordinance # 2018-19-09 Budget Amendment – Amending the Pay Classification Schedule for the salaries of the new position of City Administrator and adding a salary for the ABC Administrator in the amount of $11,000 was approved in a vote of 5 – 1. The single no vote was cast by Councilmember Wayne Wilson.

Parks and Recreation Director Page Edwards reported on her grant research for the purchase of AED (automated external defibrillator) units and heavy duty first aid kits for the police department office and dispatch. Noting that she did find grants opening up on February 15th and that she will begin work on filing those.

Emergency Management Director Emory Kidd, who was in attendance getting FEMA assignment paperwork updated by the new administration, suggested that Edwards contact Jewish Hospital. Kidd advised that in the past the hospital had a program to assist with the purchase of AED units.

Clemmons also revisited the inquiry about firefighters who have fulfilled their 400 hours of service qualifying for flat rate water/gas billing. Currently, that is a total of 8 people.

In a similar request, Estes asked for consideration of future retired city employees to also be given flat rate water/gas billing.

Mayor Doug Smith replied, “We will take that into due consideration,” and asked that City Attorney Sharon Howard check into any legal ramifications.

The council voted to give the Mayor the authority to negotiate a contract for engineering of a water project after returning from a short executive session.

The summary of the FY 2017-18 audit by Taylor & Polson was rescheduled for a special session on Tuesday, February 19th at 4:15 p.m. The firm asked for the rescheduling to give them ample time for completing the necessary paperwork. 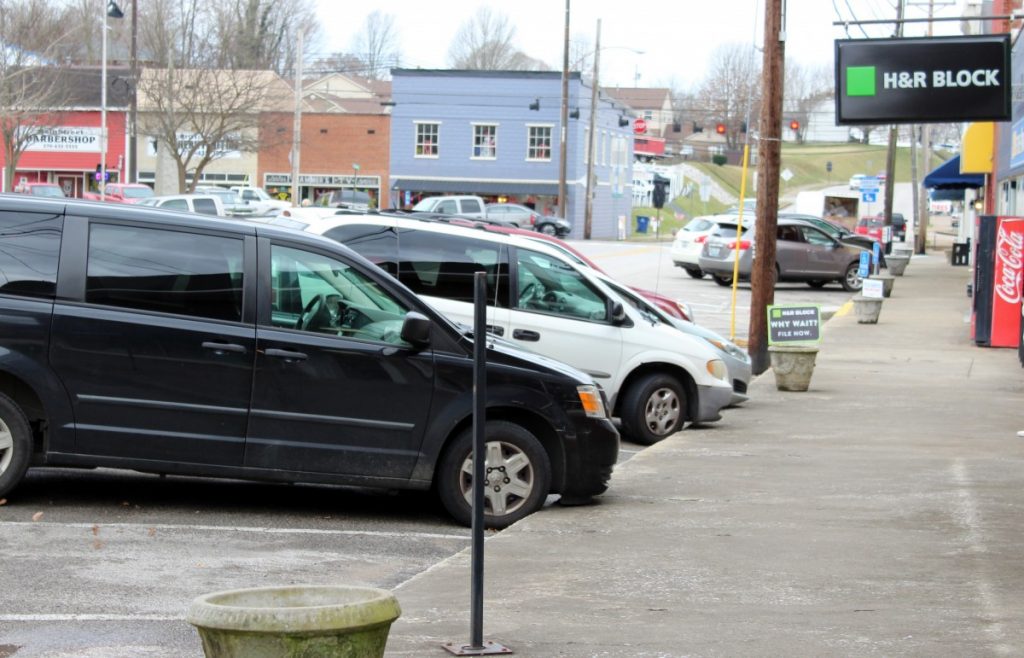