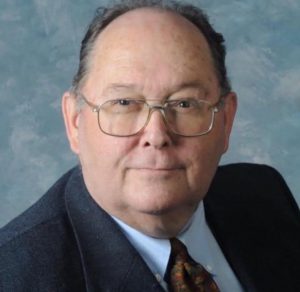 William Temple Dickinson, 62, Glasgow, passed away suddenly Tuesday, January 29, 2019, at the T. J. Samson Community Hospital.  Born in Glasgow, he was a son of the late Dr. Lewis Dickinson and Selma Goodman Dickinson.

While dedicating himself to the many facets of his life, Temple has maintained his lifelong interest in theatre and service to others.  He was an Eagle Scout and a 1974 graduate of Glasgow High School where he was also a member of the Glasgow Scottie Band.  He went on to graduate Transylvania University in 1978 and Harvard Law School in 1984, where he also was deeply involved with the Harvard Drama Society.  After graduation, he joined a private law firm in Boston where he specialized in white collar crime defense and then later moved to the Brooklyn District Attorney’s Office.

After returning to Glasgow, Temple was highly involved in community affairs while maintaining his law practice.  He was a member of the Kiwanis and Rotary Clubs; he helped initiate the beginning of the local soup kitchen; and he was a dedicated member of the Far Off Broadway Players, both acting and directing productions.  He had served as Chief of Staff to the Majority Whip of the Kentucky House of Representatives and was presently serving as Master Commissioner for Barren County.

Temple was a lifelong member of the First Christian Church (Disciples of Christ) where he also served as Elder and Sunday School Teacher.

Funeral services will be held 2:00 p.m. Sunday, February 10, 2019, at the First Christian Church with burial in the Glasgow Municipal Cemetery.  Visitation will be from 3 to 8 p.m. Saturday, February 9, at the Hatcher & Saddler Funeral Home and after 1 p.m. on Sunday at the church.

Alternate expressions of sympathy may take the form of donations to the Ralph Bunche Community Soup Kitchen or to Glasgow Rotary Scout Foundation.  Envelopes will be available at the funeral home.