It was publisher Jay Nolan, the 2019 KPA President and publisher Jeff Jobe, the 2020 KPA President-Elect who chose to issue invitations to Senator Robert Stivers and Governor Matt Bevin.

Jobe and Nolan each own community newspapers in more politically balanced regions and have good working relationships with all legislators serving their districts.

Jobe said, “Jay and I felt the 150th anniversary of the Kentucky Press Association would be a perfect opportunity to our communities that we put aside our differences for an evening.”   He went on to say, “I am very pleased with how it turned out and believe this evening may have helped open dialog with individuals that may never had happened without it.”

In the larger newspapers and even small ones owned by out-of-state companies, they often have individuals assigned to cover state government.  So having Baniak sitting with Bevin gave them some much needed dialog and Jobe said, “I am confident both men left with more respect for one another than they had prior to breaking bread together.”

Governor Bevin spoke for about 15-minutes and centralized his points around the value of the Fourth Estate and how it is essential to have the public’s trust.

The term refers the media and their power to frame and direct policy.  Bevin said, “The whole value, the whole respect, the whole purpose of the fourth estate and the people’s belief in it is predicated on trust,” and said, “If I leave you with any one message it would be to not forget that.”

Bevin took the opportunity to share his disappointment with a political cartoon published by the Lexington Herald that referenced his adopted children of color.  He said, “This was the most racist thing I had ever seen in all my adult life.”

He also touched slightly on the recent events that entangled a group of Covington Catholic boys inside a politically charged environment.  He said often truth is omitted in the rush for online clicks and this why smaller community newspapers are seeing success.  They take the time to get it right.

Bevin has hosted several community journalist meetings in Frankfort and makes time for questions during all of his town hall meetings.  He complimented his relationship with the majority of Kentucky newspapers and welcomed others in the room to reach out and not let others write the stories for them.

Of those in attendance, it was an overwhelming feeling that having Bevin speak and the words he spoke was from the heart and commendable. 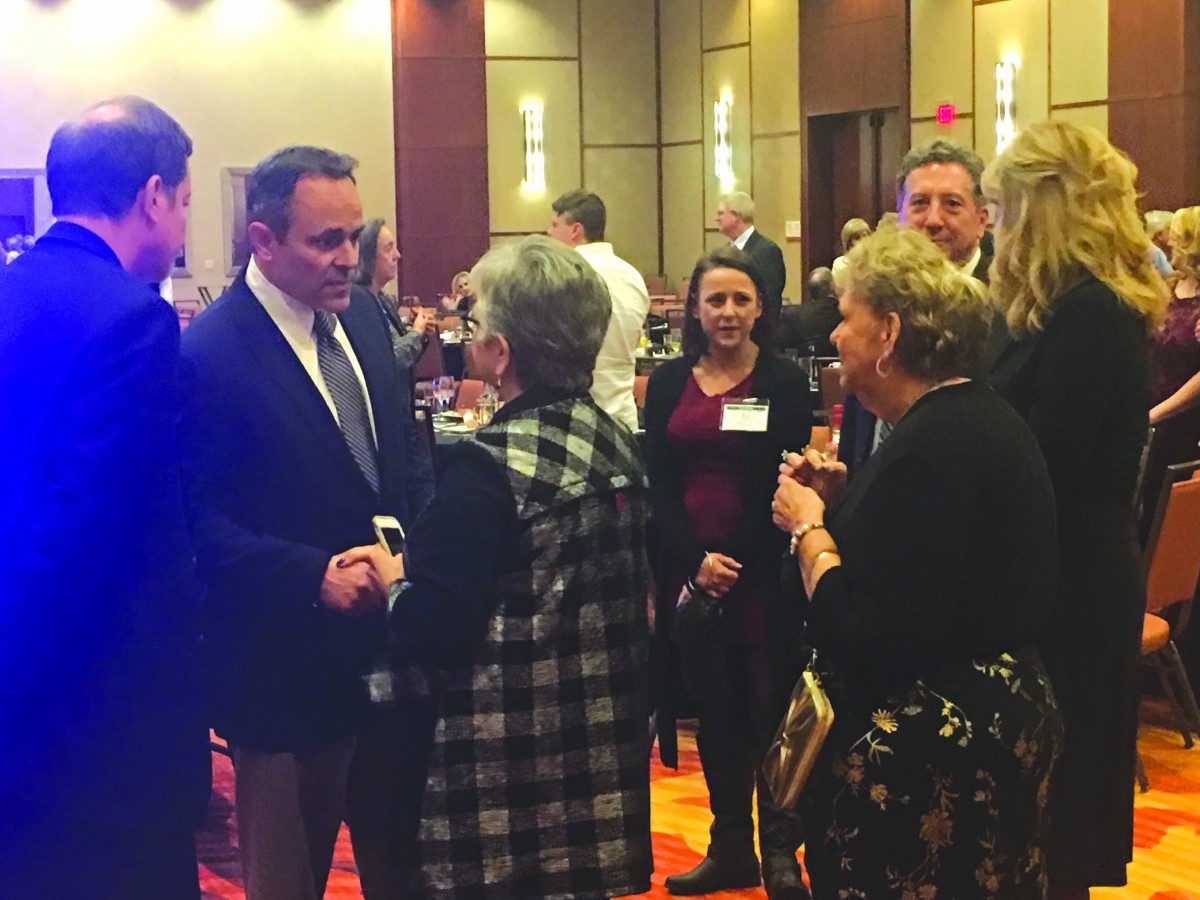 Gov. Matt Bevin enjoyed chatting with Kentucky editors and publishers at the 150th anniversary of the Kentucky Press Association.