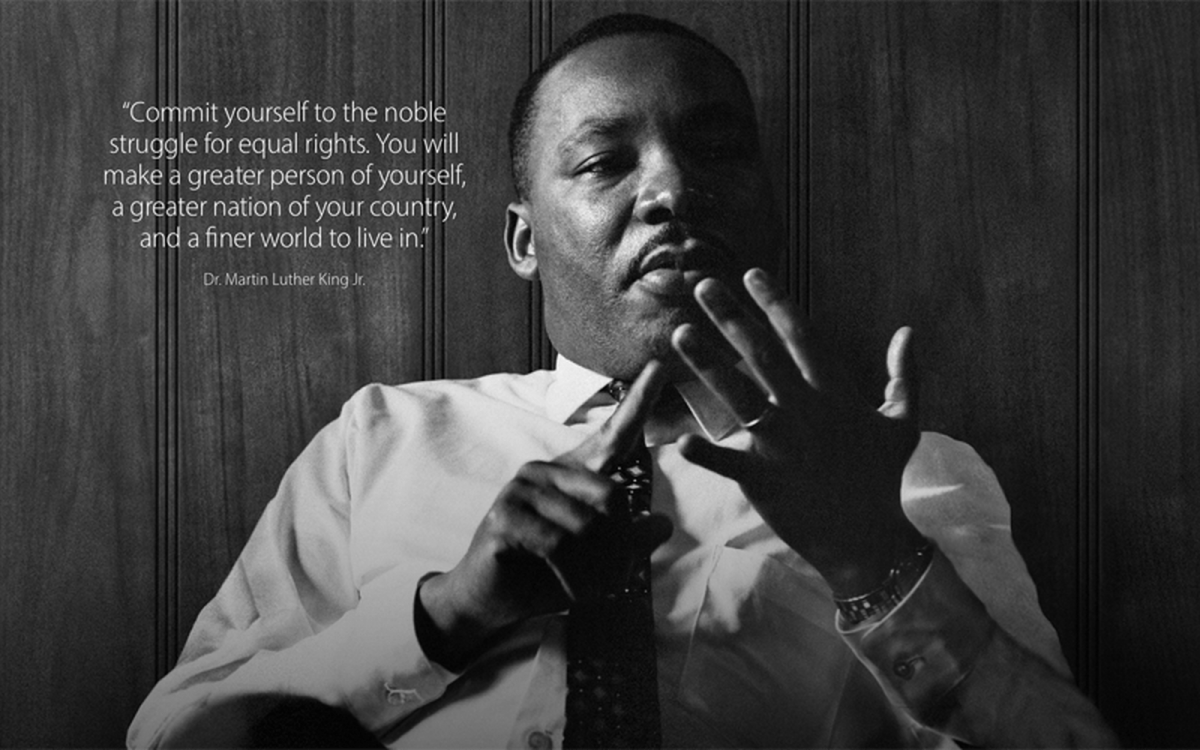 An African American man stood in front of millions of people.  He was a preacher who was active in his church and community, and a man of valor that resounds throughout all those who hear him.  These were the makings of something great. The scene was a march for many. It was a moment that made a statement in the world as we knew it.  One man stood up against the world.

In 1963, Martin Luther King Jr. spoke in front of many about the importance of equality.  He encouraged individuals to see a person for their ethical standard, not based on their color.  “Now is the time to make justice a reality for all of God’s children,” he said. “It would be fatal for the nation to overlook the urgency of the movement.”

The 1963 Million Man march marked the momentum of the Civil War movement.  Coined towards focusing on jobs and freedom, an estimated two to 300,000 people were in participation for the event.  According to the archives, the group who organized the march on Washington, were involved with civil liberties and unity within.  Martin Luther King Jr. was asked to deliver a speech in front of everyone. What came next was momentous.

For 100 years prior, African Americans were neglected and treated irrationally. No matter the age, they weren’t allowed to be normal like the whites. They were slaves, servants, peasants and were worthless in most people’s eyes (during this time).

I question how unaware that people could be to think that life was supposed to be that way. Were we really that uneducated to think that a person of a different color wasn’t normal?  Sadly, we all know the answer was yes.

Martin Luther King Jr. knew as soon as he set foot on that stage that his life was about to change.  He wasn’t afraid of the repercussions. He just wanted those in need to be heard. The speech’s main focus was to alter people’s way of thinking.  It was supposed to incorporate a better sense of self-worth.

“No, no, no, we are not satisfied,” King said. “We will never be satisfied until justice rolls down like waters and righteousness like a major stream.  I am not unmindful that some of you have come here out of great trials and tribulation.”

King wanted those who were under restraints of life to be free from all distractions.  He wanted those people focused on the real price of freedom. That entailed a bus full of whites and blacks, no whites only signs and no glares due to a black child going to the same school.  His speech hit spot on with the responsibility which lay within all of us. I commend King for his strength in laying a foundation of ethics that remain strong and evident to this day.