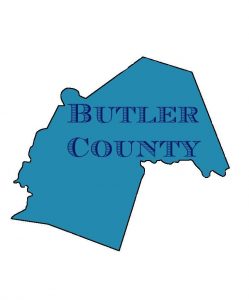 The Butler County Fiscal Court met during the regular session on Jan. 14.  Gray Tomblyn Commissioner of Rural and Municipal Aide was in attendance for the meeting.  He briefly spoke about upgrades that were coming for the county.  The discussion was opened up to the public during the meeting.

Stevie Givens was approved to be appointed as Chair in the event that Butler County Judge/Executive Tim Flener could not be present.  The majority voted in approval of the motion, Timmy Givens was the only one that voted Nay.

It was approved for the Butler County Sheriff’s Department to purchase a 2019 car in the amount of $24,976.  The motion was amended for the purchase. The purchase amount was raised to $25,581.

A yearly contract was approved with Bob Womack, R & R Electronics, for him to receive a $700 yearly fee.  Under the agreement, $350 will be paid out of the Jail Commissary Funds and $350 will be paid by the Butler County Fiscal Court.

All part-time employees at the Butler County Jail were approved to receive a pay bump.  The new hourly rate will be $11 an hour.

Approved – to extend Tabitha Phelps at Butler County Animal Shelter to 100 plus hours until Jan. 28.

The bid from Physio-Control was approved, to purchase a Cardiac Monitor/Defibrillator in the amount of $31,095.99 through a Homeland Security Grant.

The following property was approved to be sold as surplus property:

Approved – the second reading on Ordinance Amending the Regulating of the Collection of Annual Membership Dues/Subscriber Fees for Volunteer Fire Departments within Butler County Kentucky.