At 12:36 p.m. on January 7th all units of the Metcalfe County Fire Departments were called to the Kingsford Charcoal plant near crossroads at 5126 Summer Shade Rd where a fire had broken out and eventually spread to all five of the plant’s silos and the bagging house.

In all, seven fire departments were called to the fire. All four of the Metcalfe Fire and Rescue Departments along with Fountain Run, Marrowbone, and Tompkinsville Departments were on the scene for several hours as the blaze kept rekindling at various spots.

Each department brought tanker trucks to the site due to a pump issue and tankers were being refilled at several off-site locations, then returning to keep enough water supplied to the firefighters.

Firefighters had to use the ladder truck to reach the top of the silos and soak the contents (charcoal) down. The only other access was by stairs. Reportedly a conveyor beneath was also destroyed by the fire.

After a lot of cooperation and tanks of water, the call was cleared around 8:00 p.m. No injuries were reported and no word as to the cause of the fire has been received. 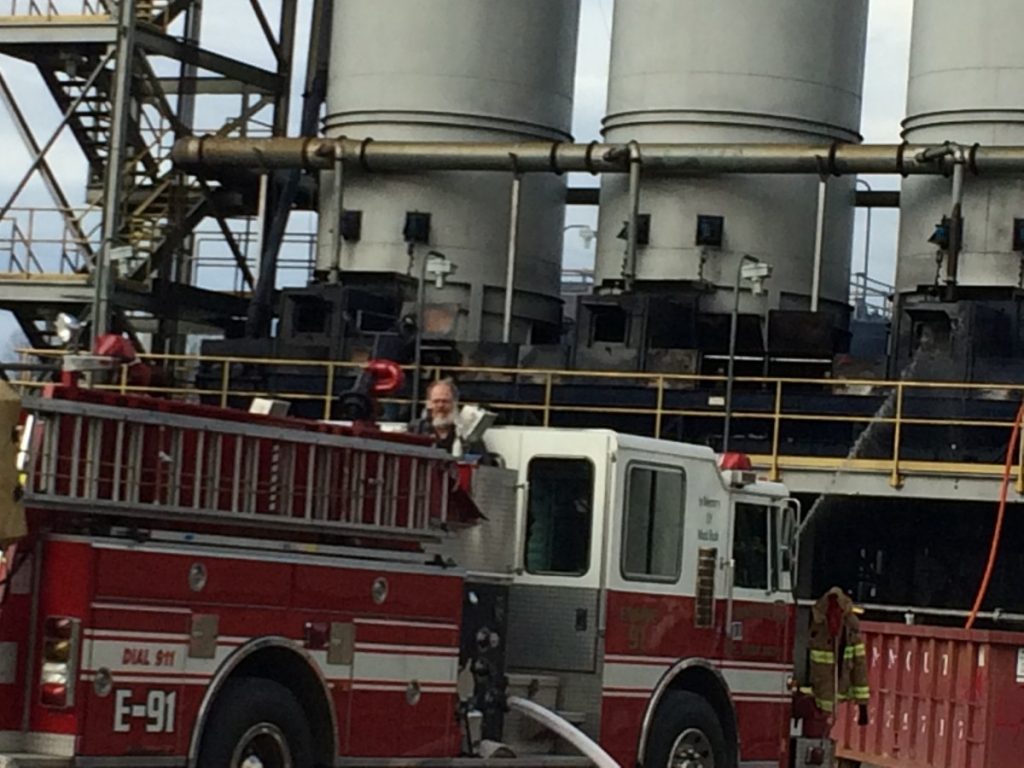 The first trucks to arrive were from the nearby Summer Shade Fire Department. Submitted photo 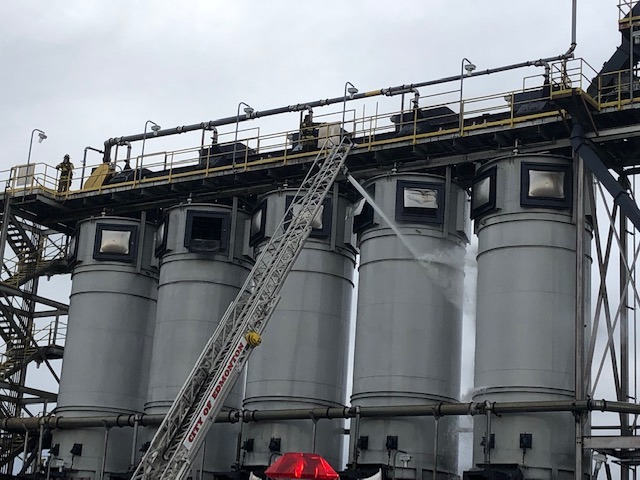 The square areas at the top of the silos are windows which are supposed to pop open if the temperature within the silo gets too high. Submitted photo 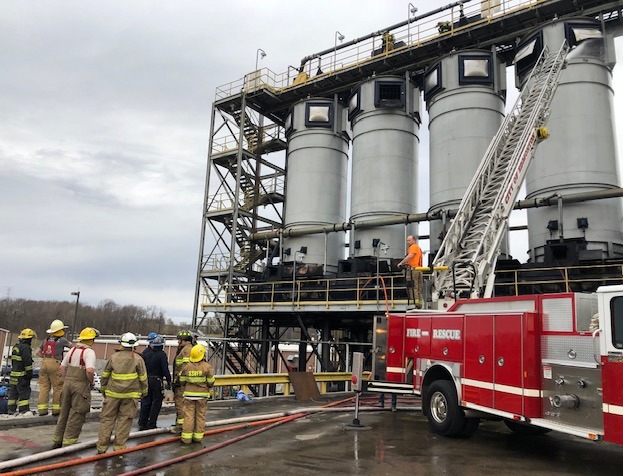 As you can see the ladder truck was necessary. The access to the top is by stairs only which would have put firefighters at risk of injury and slowed progress down considerably.  Submitted photo