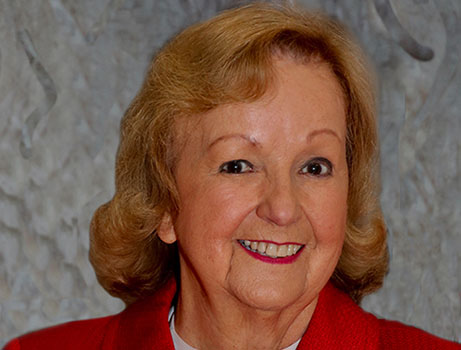 A Morgantown Elementary School teacher has been inducted into the Teacher Hall of Fame.  Nancy Duncan taught at MES from 1973-78. She was also very involved with the Methodist Church in Butler County.  Her husband, Henry Duncan, was an Extension Agent in Butler from 1970-78. They remained in the area until Henry got transferred in 1978 to Lexington for work.

She added, “there just seemed to be more freedom at that time, to determine what Butler County needed.  Sometimes I had a very crowded classroom. We had a set curriculum to what you could do with the students.”

Duncan remembered where she was when she got the news of being chosen for the hall of fame.  “I had been out doing a lot of volunteer work and had been working at the food pantry. I got home and went to check the answering machine.  I had gotten a call from Western, an individual said to call them. I was told over the phone about being chosen. For a few minutes, I couldn’t speak.  I was so shocked and surprised. I received so many nice comments from people. I didn’t do anything any different than any other teacher doesn’t do. But I love teaching.  It is all I wanted to do. There are so many teachers out there that are so giving of their time and resources. They do it because they love the students and teaching.”

According to a release issued from Western Kentucky University, Duncan was the first in her family to earn a bachelor’s degree. She attended Union College and Western Kentucky State College, earning a degree in Home Economics while balancing obligations to her young family. Over the next several years, Duncan continued to perform her duties as a classroom teacher and worked on furthering her education by earning her master’s degree (1975) from WKU and a Rank I Certification (1993) from the University of Kentucky.

Duncan was the first Federal Foods Coordinator in the Russellville City School District. Later she would become the first female science teacher at Morgantown Elementary School (MES) in Butler County. As the founder of the seventh and eighth grade Science Fair at MES, she sent students to compete in the Southern Kentucky Regional Science Fair where she served as chairperson. Barbara Brown, a former student, and a public-school teacher said: “She taught us … home economics skills, but she also taught us life skills that went far beyond the classroom…”

Duncan moved to Woodford County and accepted the position of Commercial Foods instructor. She revised the curriculum to provide real-life experiences in the world of work for her students. She collaborated with the new drama teacher to create the Woodford County High School Dinner theatre. While fulfilling her duties as a classroom teacher in Woodford County, Duncan served as the first director for federal programs such as the Tech Prep and High Schools that Work. She was the WCHS Extended School Services (ESS) director.

Duncan wrote a federal grant to establish the first in-school nursery for student-mothers at Woodford County High School.  Melanie K. Devine, a former student-mother at WCHS, said: “This was frowned upon by many teachers, however, she never let that stop her from helping and motivating us to be better students and mothers… Mrs. Duncan cared about every student and baby in there.”

Duncan also found time to give back to her students as sponsor of Future Homemakers of America (FHA), the student services YES Club, and the Junior/Senior Prom at Woodford County High School. Former student Sherry Wren noted: “She is one of those rare teachers who continually let you know that she wanted what was best for you and her expectations proved it.”

Duncan was a member of the first class of Woodford County educators to implement the Kentucky Teacher Internship Program (KTIP).  In addition to serving as a resource teacher for interns, she was a cooperative teacher for student teachers from Eastern Kentucky University and the University of Kentucky.

Duncan retired from Woodford County High Schools in 1998 but has remained active in the field of education. She served as a Teacher Educator for the University of Kentucky until 2008. She is a founding member of the Woodford County Retired Teachers Association and serves as a founder and co-chairman of the Woodford County Public Schools Hall of Fame. Duncan is on the boards of two academic scholarships, one at the Versailles United Methodist Church and the other for graduates of Paintsville High School.

Duncan and her husband, Henry, maintain a farm in Logan County and reside in Versailles. They are active in the Versailles United Methodist Church and several community organizations. They have two children: daughter Pam, a math teacher at Woodford County High School; son Jim, director of the division of planning for Fayette County government, and daughter-in-law Pam, legal counsel for Kentucky Community and Technical College Systems.