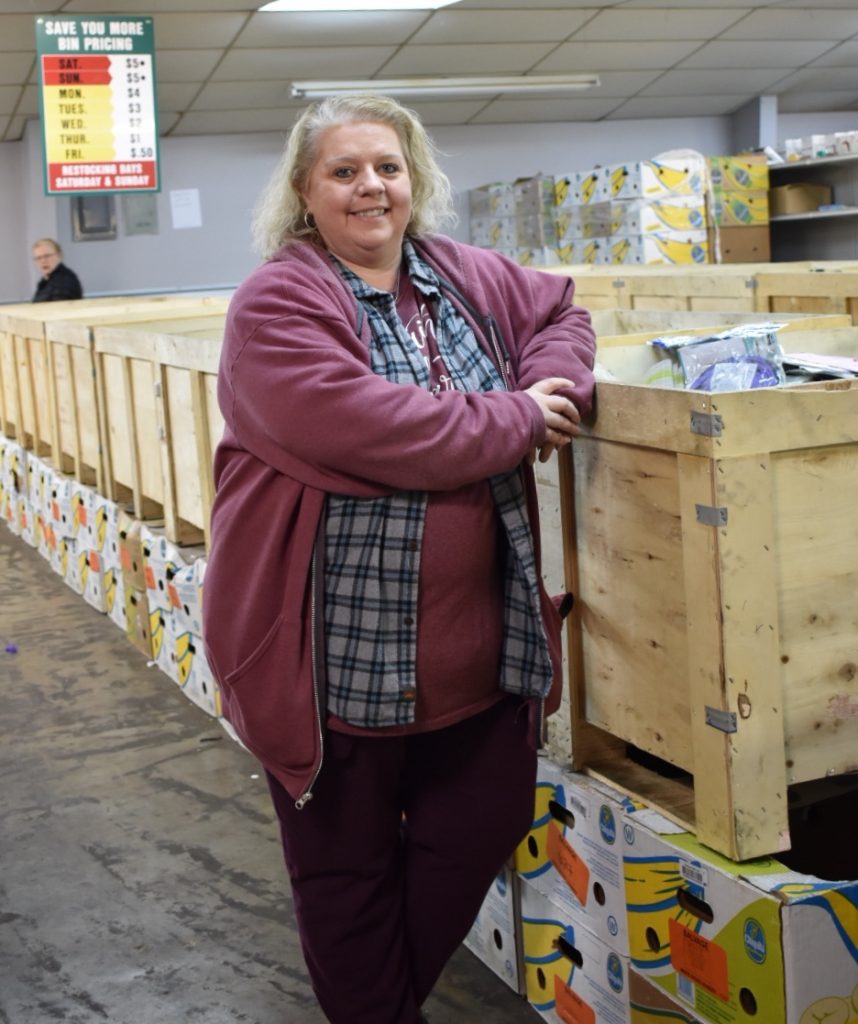 Karen Rowe by the bins in MK Shop More.

Karen and Max Rowe have long been a part of Metcalfe County.

Born and raised in the Center community, Karen has strong sentiments about the place she calls home.

“It’s home here. It’s a good place to be, and the people of Edmonton are friendly. They are good people,” said Karen.

Way back when in the heyday of video rental, Karen’s husband Max went into business with Box Office Video. And although it isn’t a thriving industry like it once was, he still has people who come rent the classics and some new releases.

He later went into car audio, and ten years ago Karen took her floral arranging skills from her home-based business into Edmonton when she bought Sunshyn Dazys.

However, even something as timeless as flowers has changed in the business world.

“It is unpredictable. You can predict February and May, because of Valentines, Memorial Day and Mother’s Day, but that’s it. A lot more people are choosing cremation or graveside services over traditional funerals, too. So, it is changing,”  Karen said.

Considering all of the changes in the business world, the Rowes wondered what would be next for them.

“We had been praying about it, hoping the right thing would come along,” she said.

Then, towards the end of 2018, everything fell into place.

The streak of good luck began when Karen got the chance to take over the Center Store.

The restaurant/store is a staple in the hamlet of Center, and it took Karen back to her beloved roots in food service and customer service.

“We open at 4:30 in the morning, and there are customers waiting. They want to eat breakfast at 5 am,” she said.

The steady breakfast and lunch crowd was refreshing.

Then, in mid-December, yet another opportunity came knocking on the Rowes’ door.

Save You More, a pallet store that offers salvage foods and bins of random treasures for those who want to take the time to look, met with immediate success in Edmonton.

When we saw that Save You More had opened we were a little disappointed, because we had talked about doing a business like that. But we just thought it must not be the right time,” Karen said.

Feeling that they had missed the boat, they hoped for other options to present themselves. However, it wasn’t long before the tides changed.

“A little birdie told us they might be closing the doors,” Karen said.

As it turned out, the previous owners were investing more time in the new business than they had and wanted to sell.

Karen and Max eagerly agreed to take Save You More off their hands.

Soon, the name of one of the most popular new places in town will be MK Shop More. There is already a Facebook page for customers to follow.

The store on West Stockton Street is open 7 days a week from 10-6.

“If a person likes to hunt and dig they can find good things in the bins, but it’s for people who like to look,” she said. The scavenger hunt style bins have produced some pretty interesting things, including a Louis Vuitton belt values at $400.

Karen likes the nature of the business.

“It’s like Christmas morning,” she said. She also enjoys the people.

“We’ve been blessed, I think it was meant to be,” said Karen. 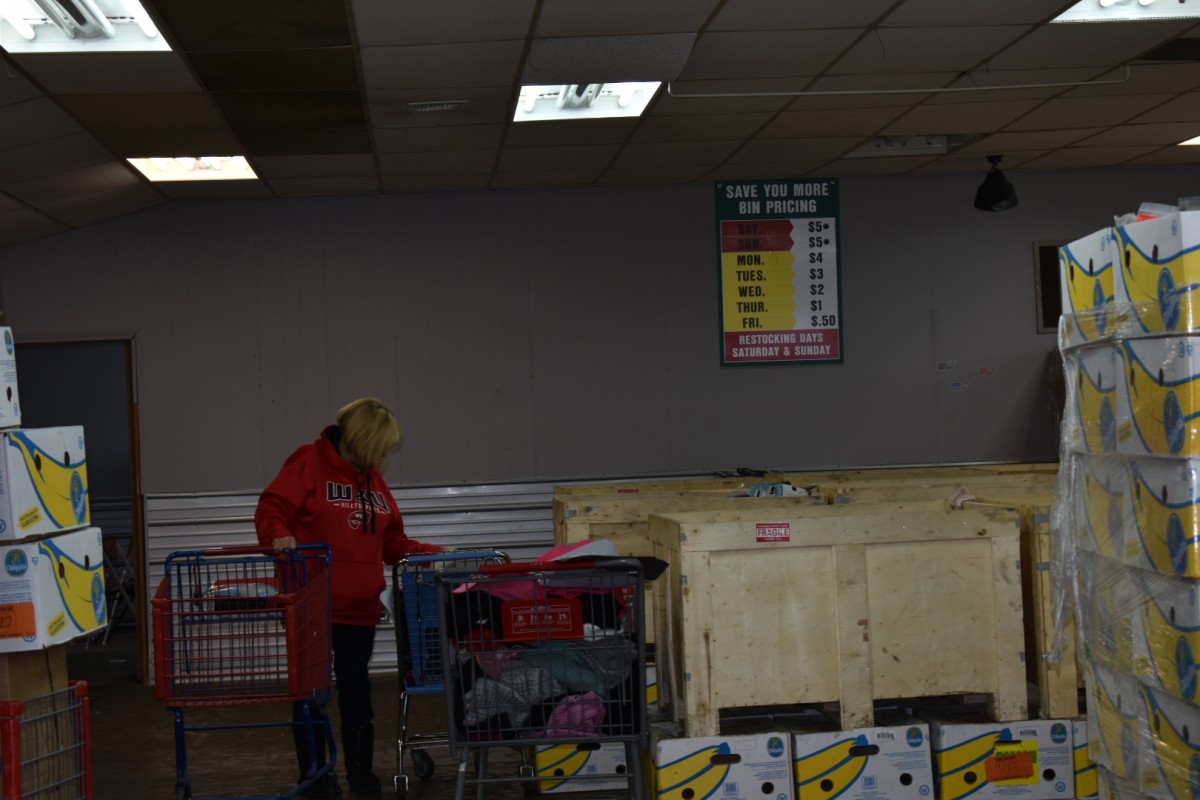 Customers on a scavenger hunt.